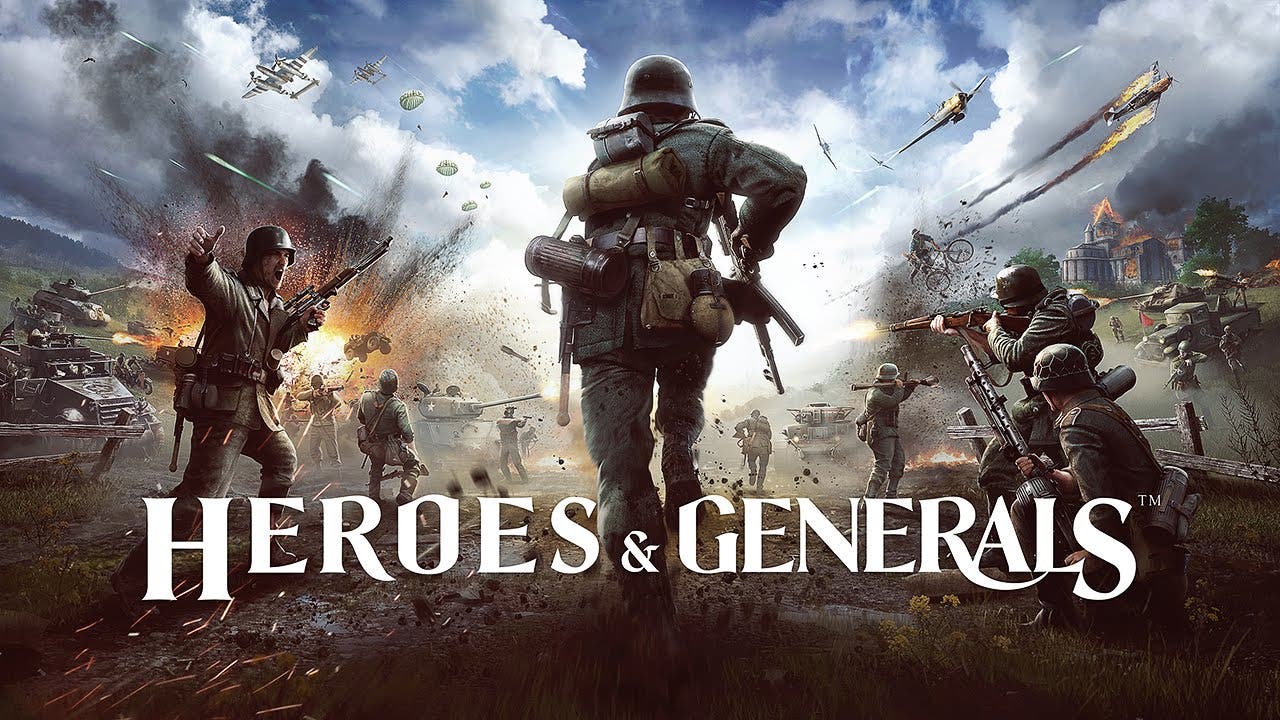 Heroes & Generals launches in full today onto Steam and PC

Shells are exploding everywhere around you. Calmly, you turn to give commands to your squad. A recon takes out the enemy sniper, as the rest of your brothers in arms run to secure the airfield hangar just in time to stop the enemy fighter pilots from taking off. From the corner of your eye you notice your support light tank blowing up an incoming truck loaded with enemies, and you know in your heart that no matter if you are a soldier making your first kills in combat or a general making the strategic decisions – you make a difference.

The WW2 MMOFPS Heroes & Generals is a game about war. One grand persistent online war fought by players across the world, where everything you do actually makes a difference. It is not just a game about random battles in a never ending map cycle.

You play as ‘Heroes’ fighting on the frontline, flying planes, parachuting, and commanding vehicles ranging from ordinary bicycles to heavily armored tanks – choosing the role and playstyle that suits you.

You can even take control of the war as a ‘General’, determining the strategic direction, moving army units and supplying your fellow players with reinforcements in ongoing battles.

“One of the most unique features of Heroes & Generals is that you play together with thousands of other players in a big online war, and that everything you do in the individual battles influences the outcome of this war. Yet, you still have the close teamwork in the ground combat – elements that encourage players to be social, organize themselves and make friends within the community,” says Jacob Andersen, Game Director at Reto-Moto: “We are very proud to launch Heroes & Generals. We have been working on the game for several years, and we look forward to continuing our work with expanding the game and the experience, adding features and content with regular updates for many years to come. This is only the beginning.”

Heroes & Generals launches today and is available for free at HeroesAndGenerals.com and on Steam.