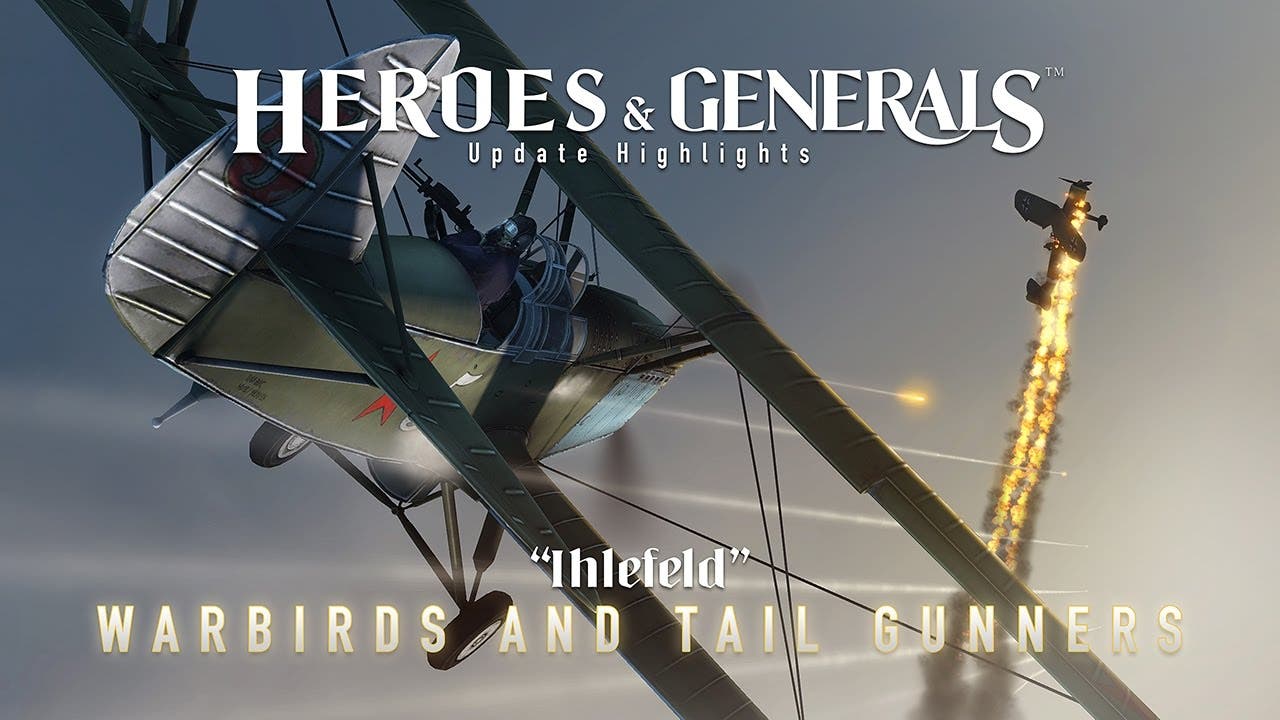 Now is the perfect time to become a pilot in Heroes & Generals as reconnaissance planes are introduced as an all new class of planes. All new pilots from all three factions will get one of the new planes – and they can even bring friends along as tail gunners.

The new reconnaissance planes are:

“Reconnaissance planes as a class fits very well with the overall long term plans for aerial combat in Heroes & Generals, and they add to the complete war experience,” says Jacob Andersen, Game Director at Reto-Moto: “We have chosen these specific three planes not only because they are visually appealing, but they also all have a gunner seat adding a new experience to the game and enhancing teamplay. Plus they are planes rarely seen in other video games.”

The plane physics model and controls have been reworked in the ‘Ihlefeld – Warbirds and Tail Gunners’ update, making the handling of all planes feel more natural. Current pilots in Heroes & Generals will find that the planes they already own now fly almost twice as fast as before.

“We are happy that we can provide our large group of Heroes & Generals players from Turkey with an improved game experience by adding support for Turkish language. And of course we look forward to even more Turkish players joining the game and our community,” says Jacob Andersen.

The full changelog for the ‘Ihlefeld – Warbirds and Tail Gunners’ update can be found here.
Heroes & Generals is available for free at HeroesAndGenerals.com and on Steam.