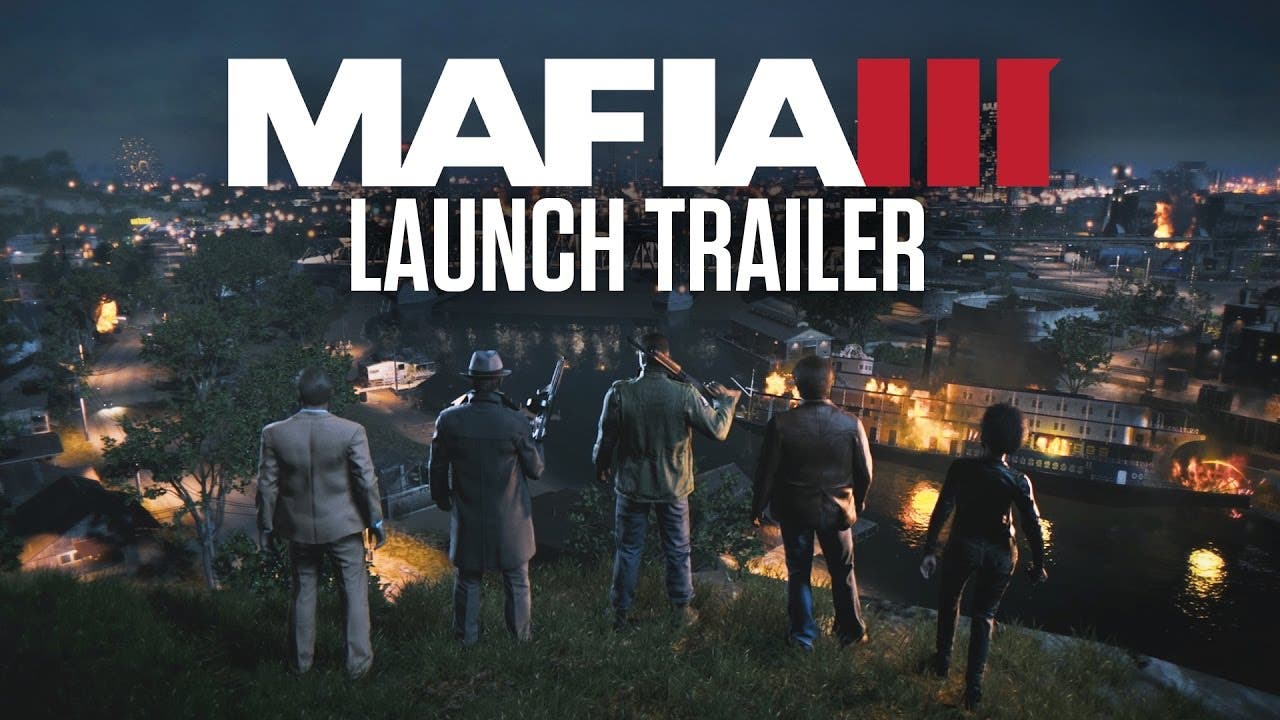 Mafia III releases onto PC, PlayStation 4, and Xbox One today

Mafia III continues 2K’s pedigree of outstanding narratives told through rich characters in immersive settings with the city of 1968 New Bordeaux – a reimagined version of New Orleans – bustling with activity and complete with era-inspired cars, fashion and an eclectic mix of music, including more than 100 licensed tracks from one of the most memorable eras in history. During this turbulent time, a cloud of corruption hangs in the air and the city has become a haven for organized crime. The Italian mob controls illegal gambling, drugs, and prostitution, while corrupt police and politicians line their pockets with the proceeds.

“Creating epic and lasting narrative experiences is one of our core pillars, and the teams at Hangar 13 and 2K worked with tireless passion to continue that legacy with Mafia III,” said Christoph Hartmann, president of 2K. “Hanger 13’s impressive debut effort takes the Mafia franchise in an exciting new direction by combining the cinematic storytelling the series is known for with a true open world for the first time.”

Mafia III follows the story of Lincoln Clay, a disenfranchised Vietnam veteran returning from combat and looking for a sense of belonging. Orphaned as a child, Lincoln at last achieves a semblance of family with the city’s black mob. But when Lincoln’s new family is betrayed and slaughtered by Sal Marcano and the city’s Italian mob, he becomes fixated on revenge. He wages a brutal war against the Marcano family, disrupting the balance of power in the seedy underworld of New Bordeaux. As his story unfolds, Lincoln allies himself with other criminals and builds an empire and a new family of his own.

“Building the open world of New Bordeaux and crafting this hard-boiled crime drama set in the American South during the late 1960’s has been an amazing journey for all of us,” said Haden Blackman, studio head and creative director at Hangar 13. “This is our first game as a studio, and we’re humbled by the community’s anticipation for Mafia III’s release. We couldn’t think of a better game to showcase the kinds of stories we want to tell and player-driven experiences we want to create.”

Standard, limited deluxe and limited collector’s editions of Mafia III are now available. The Mafia III Deluxe Edition ($79.99 MSRP) is available digitally and physically in a limited capacity from select retailers, and includes both the game and access to additional, post-release downloadable content, including the Season Pass at additional savings. The limited Mafia III Collector’s Edition ($149.99 MSRP) is packed with physical and digital items, providing a window into the sights and sounds of 1968 New Bordeaux, including all content found in the Mafia III Deluxe Edition plus the official soundtrack and original game score on 180 gram vinyl, a collectable art book, art prints, and more. For complete details on the limited Mafia III Collector’s Edition, visit: https://mafiagame.com/en/news/view/en-whats-inside-mafia-iii-collectors-edition/.

2K and Hanger 13 are also working on unique post-release content for Mafia III. This includes both free, recurring content for all players, as well as three story expansions that will be available for purchase individually or as part of the Mafia III Season Pass ($29.99 MSRP), which can be purchased on its own or through the Mafia III Deluxe Edition or Mafia III Collector’s Edition at additional savings.

Also available today is Mafia III Rivals, the mobile battle RPG for iOS and Android devices from 2K and Cat Daddy Games. Experience the diverse and dangerous New Bordeaux from a whole new perspective – and a completely different way to fight your way to the top of the criminal underworld with characters, locations and events based on Hangar 13’s Mafia III. Assemble your crime syndicate by seizing property, collecting loot (including weapons and vehicles) and defeating any rival mobs that interfere with your plans. Join up with friends and battle players worldwide to see who has the deadliest crew in New Bordeaux.