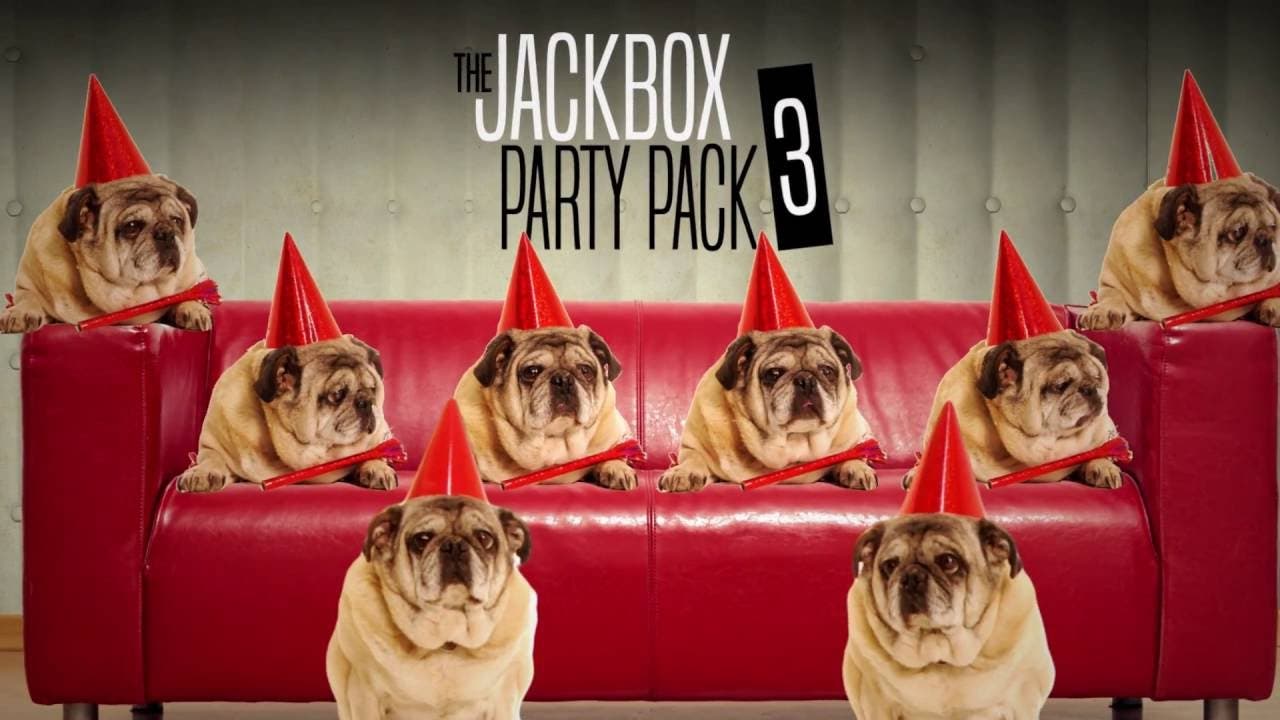 Jackbox Games, independent developer of hilarious party games like Drawful, Quiplash and YOU DON’T KNOW JACK®, keeps the tradition of making holiday parties a roaring success with The Jackbox Party Pack 3. Like its predecessors, this newest bundle in the series features five multiplayer games that use phones or tablets as controllers. By visiting Jackbox.tv and entering a room code, players anywhere in the world can join the fun – and up to 10,000 spectators can participate in the audience, in some instances affecting the outcome of the game.

The Jackbox Party Pack 3 features four totally original titles: Trivia Murder Party challenges up to eight contestants to test their knowledge while being held captive by a hilariously unstable serial killer; Guesspionage is a game of percentages that asks up to eight players to guess the public’s answers to thought-provoking questions;Tee K.O. combines your artistic side with witty wordplay by turning drawings and slogans from up to eight players into hysterical T-shirts; and Fakin’ It tasks up to six players with secret, ridiculous instructions, with the exception of one clueless player who must lie and cheat to avoid being discovered as “The Faker.”

The pack’s fifth title is the exciting return of a party game favorite. Quiplash 2 is a bigger, better version of the original, with more say-anything prompts and a new final round, The Last Lash. And for the first time, Quiplash 2allows users to write their own custom prompts, making it infinitely replayable.

The Jackbox Party Pack 3 is available today as a digital title for the PlayStation®4 computer entertainment system via the PlayStation®Store (in North America), Windows and Mac via Steam, and Amazon Fire TV. It will be available on the PlayStation®4 system in Europe on Oct. 19, as well as worldwide on Xbox One through the Xbox Games Store on Oct. 21. All formats are priced at $24.99. This title is rated T (Teen) by the ESRB. The games in the pack are accessible in English only.