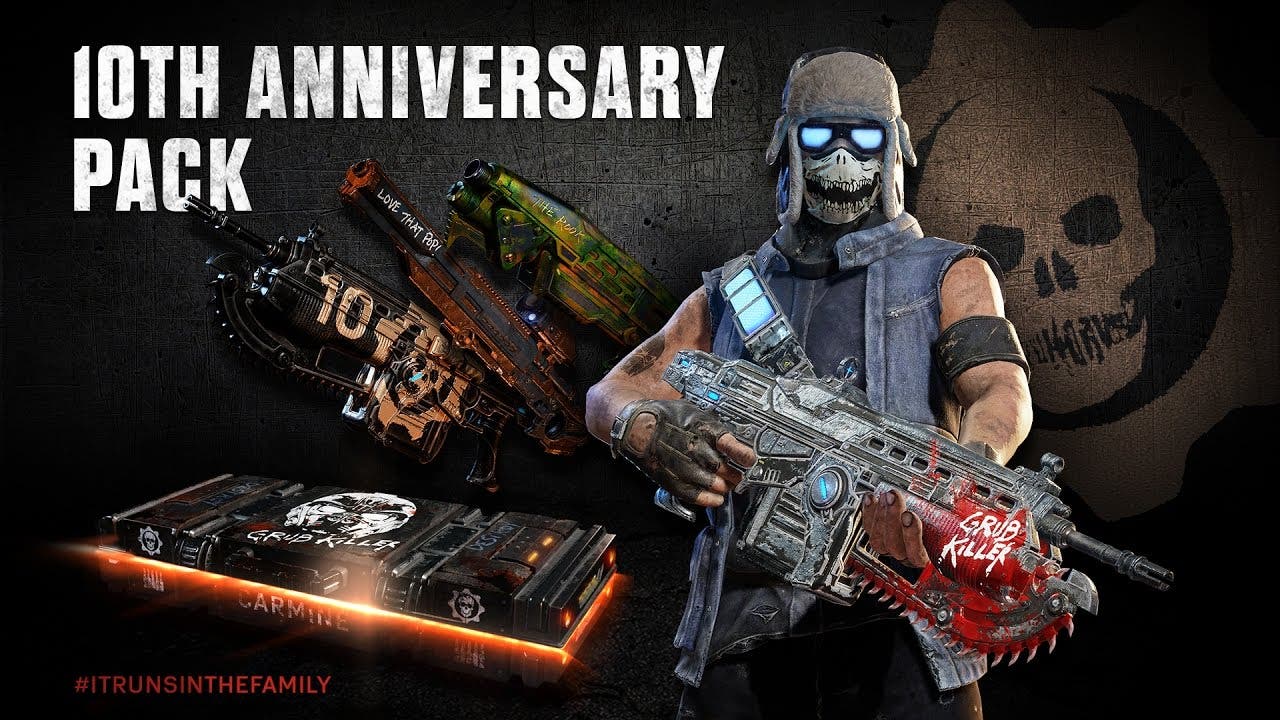 Gears of War franchise celebrates 10 years, The Coalition has plans

Next week marks a huge milestone for the Gears of War franchise. On November 7th, it will have been 10 years since the original Gears of War released on store shelves. Those ten years have included the release of five Gears of War titles, memorable character moments, emotional endings, and jumping 25 years into the future of Sera with Gears of War 4 to start a whole new saga.

At the heart of it all, what truly makes Gears special is the fans – from the stories shared finding love through Gears, the huge tattoos of favorite characters, intricately crafted fan-art built from months of effort, to simply connecting with one another because of the game. As a thank you to one of the best communities in gaming, The Coalition is announcing “10 Years of Gears”, a series of celebrations to mark this incredible milestone for Gears of War.

First seen in the Outsider community during the Gears of War 4 campaign, Gary Carmine is here and ready for action – if he can stay alive. Death runs strong in the Carmine family, and the Tenth Anniversary Gear Pack teaser video pays tribute to the family tradition as Gary Carmine takes to the Versus battlefield. It’ll be up to you to save Carmine when you play as him this November!

Gary Carmine is part of a special Tenth Anniversary Gear Pack built for fans. This special pack contains Gary Carmine, a trio of weapons themed to the previous Carmine brothers, commemorative anniversary weapons and emblems to collect as you play. Obtainable exclusively through gameplay, each 200 Credit pack contains one 10 Years of Gears customization item, one 10 Years of Gears Emblem or bounty, and a random card from the Gears of War 4 Launch Series of Cards. The full list of content can be found below:

Community Events and Competitions
On top of all the in-game action, there will be several days of community events, announcements and competitions throughout the “10 Years of Gears”. This includes a Game with Developers event next week, allowing fans and developers from The Coalition to play together. Details on how to join will be announced soon.

Also coming next week is the official launch of The Coalition Army. Thousands of fans have already signed up to be part of the initiative, with The Coalition delivering brand new content hand-built by the team, and providing a new way to access resources like 4K Cosplay Guides, Stream overlays and more.