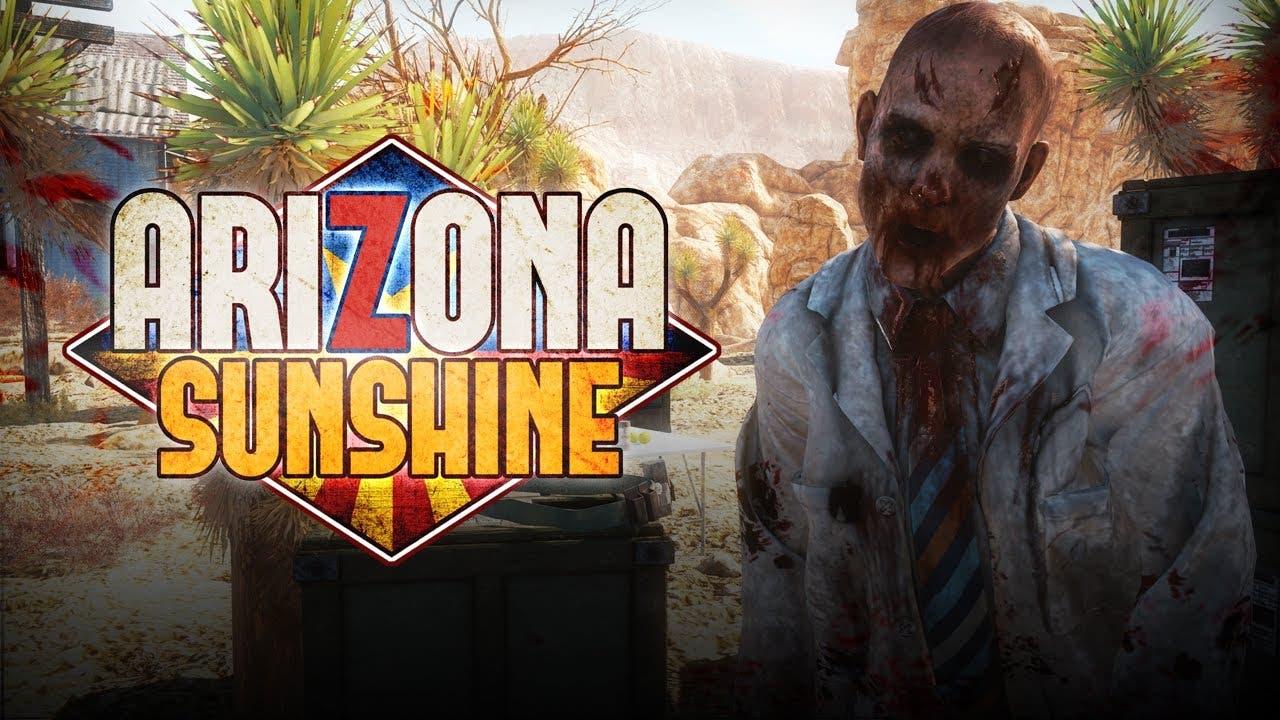 Today Dutch independent developers Vertigo Games and Jaywalkers Interactive release their VR zombie shooter, Arizona Sunshine, and accompanying launch trailer. Move through the desert wasteland of post-Apocalyptic Arizona as you search for weapons, ammo, and tools needed to stay alive, all while fighting off the zombie hordes roaming the ruins of our world.

Priced at $39.99, the game is now available via Steam (HTC Vive) and Oculus Home (Oculus Touch).

Arizona Sunshine is developed from the ground up for HTC Vive and Oculus Touch. Step in the midst of a zombie apocalypse as if you were really there, freely move around and explore a post-apocalyptic world, and handle motion-controlled weapons with real-life movements – putting the undead back to rest is more thrilling and satisfying than ever before.