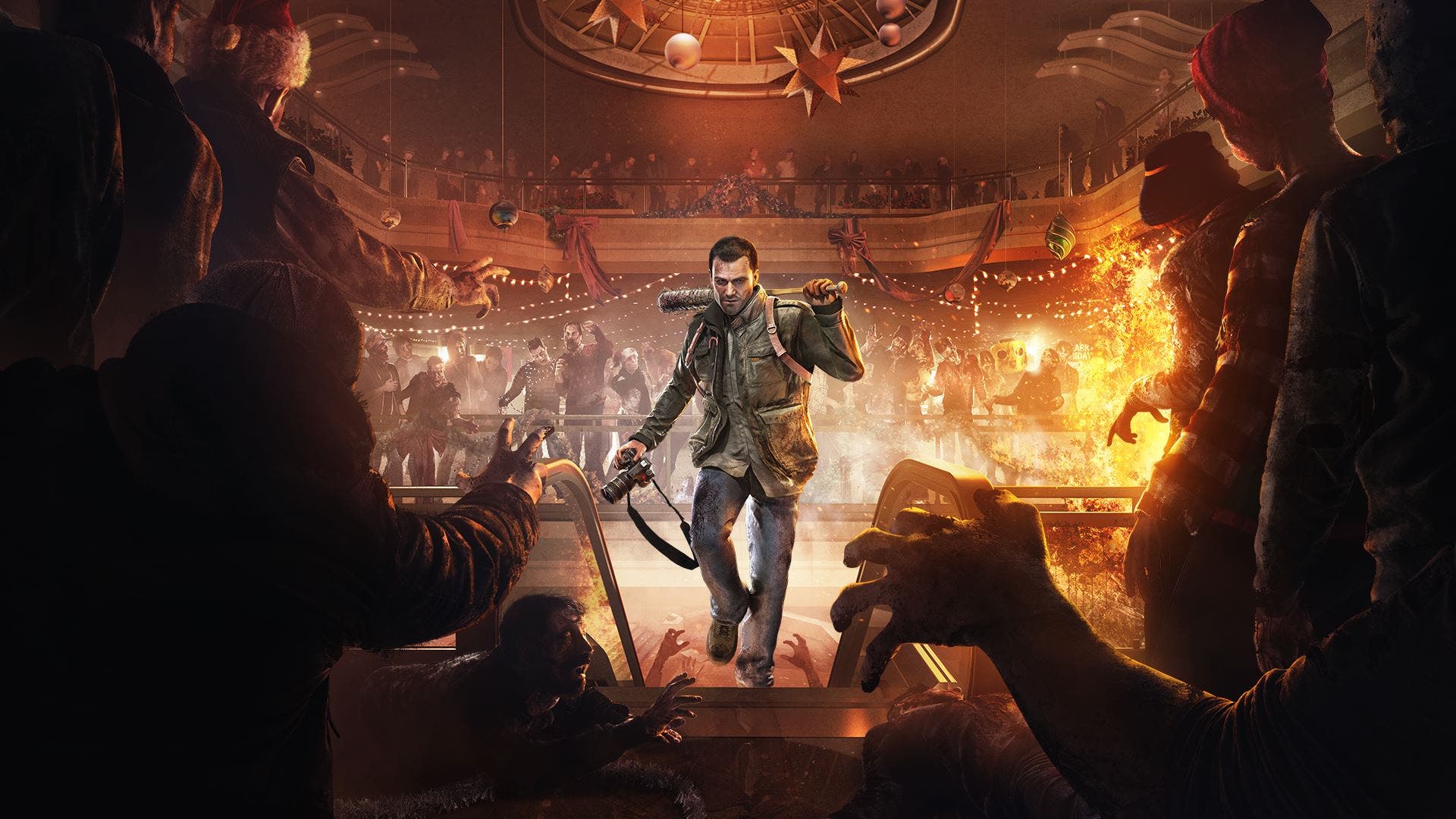 Frank West is back, and Dead Rising 4 is better for it. This is also return to Willamette, Colorado. While the town has changed, the mall has been rebuilt, and Frank West looks and sounds different; the things that haven’t changed is the sense of humor, the self-aware attitude, and the thousands of zombies left to kill. I can see Dead Rising 4 being divisive for some long-time fans, but for me, this was exactly what I needed and wanted out of the series for the longest time – It’s the best gift to be given this holiday season.

It has been 16 years in the Dead Rising universe since Frank West saved Willamette from a zombie outbreak. Exiled, hiding under the pseudonym of “Hank East”, Frank West is ultimately found by the ZDC (Zombie Disease Control) to be taken back Willamette once again to save it from a new zombie outbreak. The outbreak begins on Black Friday, with a bit of an undertone that consumerism breeds zombies, but it creates for a nice backstory and the Christmas-time aesthetic that the whole game rides on. The Frank West in Dead Rising 4 has a new voice actor, and less Dan Aykroyd looking, but is a funnier character as he’s been aged.

Dead Rising 4 going back to Willamette makes a lot of sense, and you’ll start off in the rebuilt mall known as the Willamette Memorial Megaplex. The mall though, isn’t so much the focus this time. There’s a big open-world to explore, and doing so has its rewards of letting you get into a car for running over zombies rather than it be a late-game reward in the first and subsequent games. With there being a larger world to explore, you’re less likely to get bored exploring it. The game is visually dark, often requiring me to turn up the brightness almost to its max setting, at least its tone and presentation is anything but.

What would Frank West be without his photography? Thankfully we don’t have to know the answer to that, because it is back, and you earn PP which serve as the experience points Frank earns towards leveling up. There are different types of photos to take, and depending on the density and presentation, will eek different rewards. New to the photography is the selfie mode, which is always hilarious and is easily the best implementation of this feature in any game this year. The aforementioned darkness of the game will require you to use the night vision mode on the camera during certain events in the story, and can help navigate these dark areas. There’s also a mode on the camera called the spectrum analyzer that will let you see fingerprints for hacking locked keypad doors, or for highlighting objects like drivable vehicles in the world.

Leveling up in Dead Rising 4 is fast. There’s an upgrade tree consisting of: Brawling, Survivability, Weapons. While assault rifles and pistols make short work of human enemies and zombies alike, it’s almost never fun to use. Partly because the shooting always feels weird, but because the combo weapons and even basic melee weapons are so rewarding to use. Making an acid-spewing Santa Claus that activates from motion sensing is always a treat and the better way of earning PP. Dead Rising 4 feels like the best playing game in the series.

Frank West can combo weapons out in the field, and doesn’t require you to do it at a workbench – in fact, there aren’t any. There’s an early upgrade that makes it so you can combo weapons without them both being in your inventory, making for juggling your inventory a non-issue. You can even combo vehicles together for devastating, long-lasting weapons of mass mulching. While they aren’t rare, the exosuit is a find that can really change the tide. Some exosuits appear before a boss encounter, most times you’ll find them in a protected crate after clearing out the military.

Shelters can be found and cleared out for survivors to go to. The basements of each can be a quick way to return to the mall for Frank. The more survivors you find in the open-world, the nearby shelter will upgrade and have more vendors available. You use currency earned to purchase cars, weapons, food, blueprints, and revealing collectibles on the map. The game’s campaign is rather short as there’s no difficulty setting, making for a pretty easy game. As the game doesn’t require that grind, can feel a little too short. But when the game’s done, you can play in New Game+ mode like before and really explore to find everything. During cases, there’s no pressure of time, so it is easy to get side-tracked. The zombies are as expected, with a new type called “fresh infected” that can present themselves as faster during any time of day. Sadly, while there are boss encounters like psychopaths, they are less flavorful, memorable, and of a setpiece. This streamlines Dead Rising 4 to be what I’ve always wanted the series to be: without any grinding or restarting. While I appreciated the first couple of games enjoyed them, it was never ideal.

Instead of a campaign co-op, Dead Rising 4 features a mission-based co-op that scores each player individually and has set objectives to follow and complete. Rather than introduce this new mode, it would have been nice to roam the open-world with a friend or three to work together in a more realistic manner. While it isn’t ideal, it is the best way to get together and enjoy Dead Rising 4 together.

Dead Rising 4 is far removed from its predecessors, but I highly recommend this game, especially those who have been turned off by the time-limited and grind-heavy gameplay of the previous titles for something a bit more free-flowing and tons of fun. Dead Rising 4 simply puts the fun back in fun.

An Xbox One code for the game was provided by the publisher for review purposes.