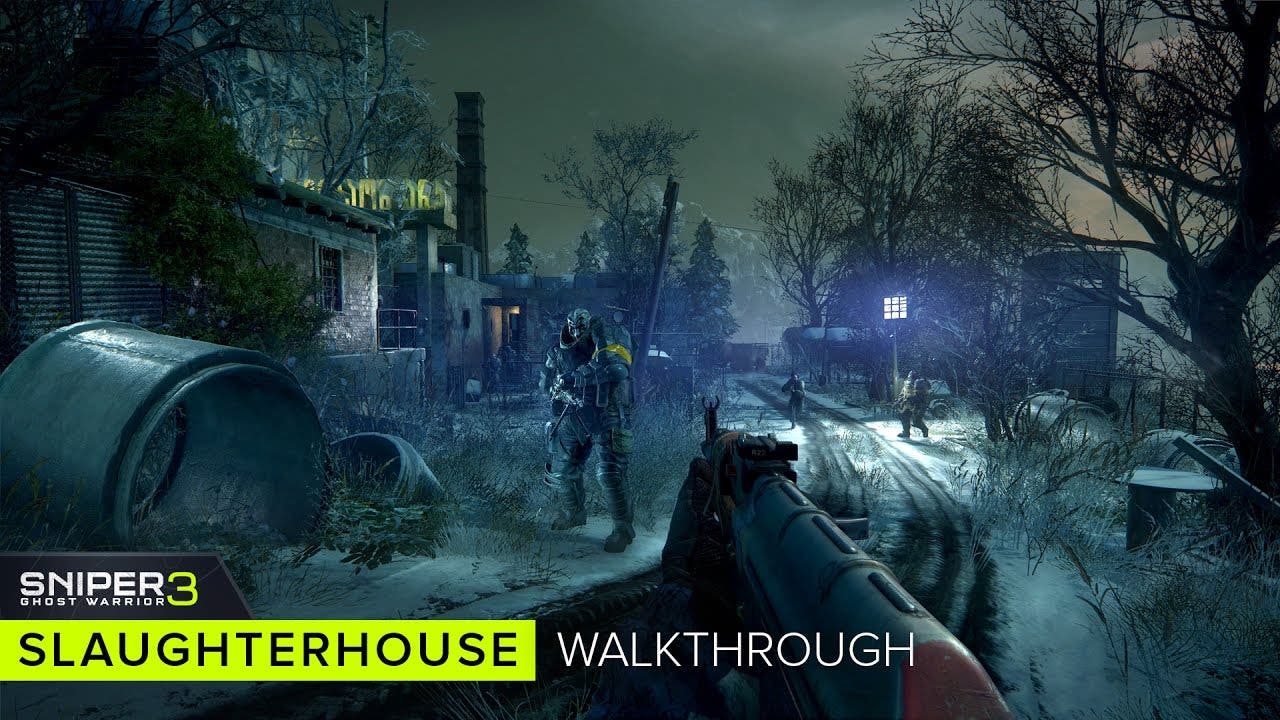 Located deep in the Georgian mountains, an American prisoner is being held captive in an old slaughterhouse repurposed by separatists to be a site of body disposal. Watch as American Marine Jon North uses his skills to rescue the prisoner quickly and efficiently while he’s still alive.

Armed with a variety of weapons and equipment, Jon North’s combat prowess is fully realized when properly prepared for the mission. New to the series, the aerial drone with the proper upgrades provide an advantage before entering the area. Using Sniper skills to pick off lone separatists on watch, and then using Ghost skills to take out the enemy stealthily with the trusty knife helps create and easy way of infiltration and exfiltration.

Sniper: Ghost Warrior 3 tells the story of brotherhood, faith and betrayal in the most complete sniper experience ever. Take the role of an American sniper named Jonathan North, who is dropped into enemy territory in northern Georgia, nearby Russian borders. Explore large open-world maps with dynamic weather and a day and night cycle that actually impacts play and decisions. Customize weapon equipment, accessories, vehicles and a drone, and utilize the three pillars of gameplay to your liking: Sniper, Ghost and Warrior.

Sniper: Ghost Warrior 3 will launch on
Windows PC, PlayStation®4, and Xbox One on April 4, 2017