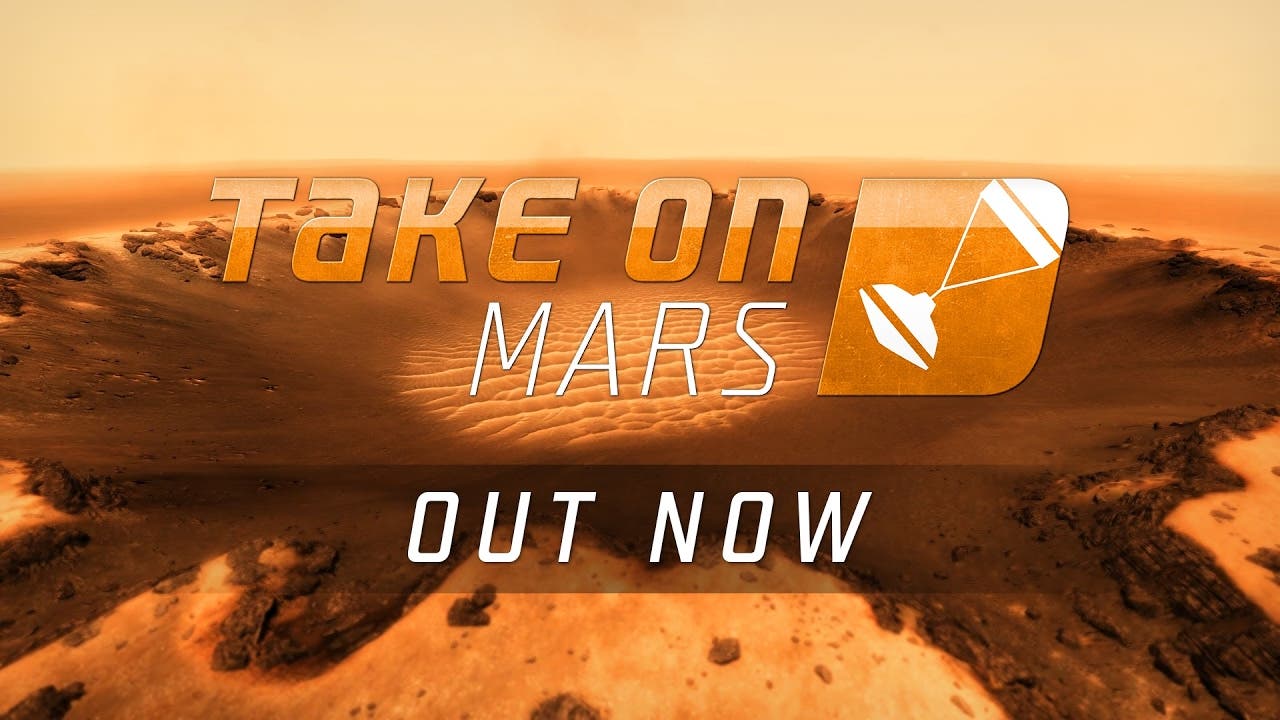 Take On Mars launches today in full on Steam

Graduating from Steam Early Access, Bohemia Interactive is proud to announce the official release of their new game for Windows PC, Take On Mars. The special milestone is celebrated with a launch trailer, highlighting the many ‘benefits’ of playing Take On Mars over alternative options of space exploration.

Take On Mars places you right in the middle of mankind’s most exciting undertaking. Start out in the seat of a rover operator, finish as the first human to have ever set foot on Mars. With a scientific arsenal at your disposal, you will pioneer the exploration, and colonization, of the Red Planet.

The key features of Take On Mars are:

Starting out as mod for Carrier Command: Gaea Mission, Take On Mars began life as a passion project by Project Lead Martin Melichárek, who was already working at Bohemia Interactive at the time. After deciding to make it into a full game, Take On Mars launched on Steam Early Access soon after in 2013. The initial focus of the game was on Mars rovers and landers. However, over the course of development, the scope of the project increased significantly to also include a manned mission part, and thus capturing the exploration of Mars in its entirety.

“For as long as I can remember I’ve been fascinated with space exploration, and particularly Mars. Being able to make this game has been like a dream come true. It took a bit longer than anticipated, and it’s been wild ride that’s tested the patience of both us and our Early Access subscribers, but, it was a ride worth taking. We, as a team, thank all of our loyal fans, those who have never doubted us, in helping us make this dream a reality!”, said Take On Mars Project Lead Martin Melichárek.

Take On Mars is now available for purchase at 24,99 EUR/20,99 GBP/26,99 USD on Steam and the Bohemia Store. For more information, be sure to visit the game’s official website at www.takeonmars.com.