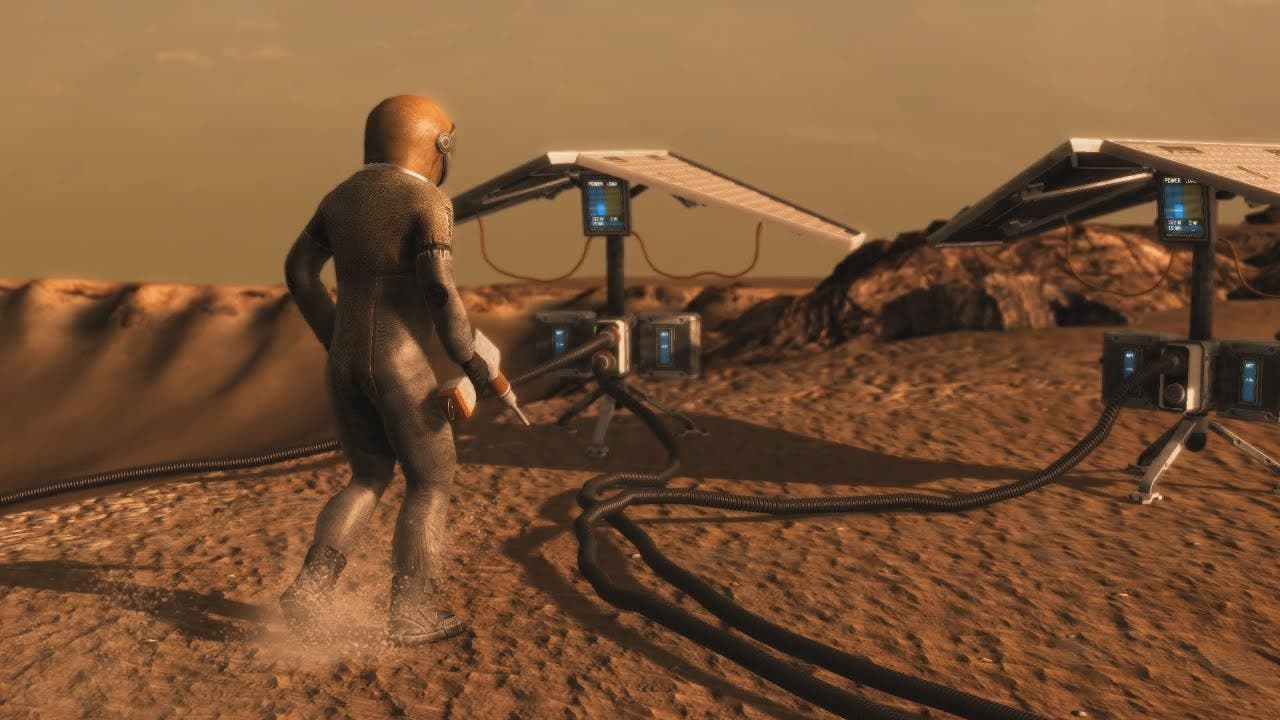 Take On Mars gets power simulation in newest update

To reinforce the Early Access astronauts on Mars, Bohemia Interactive today released the Power Update for its space exploration and survival sim game, Take On Mars. The highlight of the new Power Up update is the addition of power simulation (electricity) to the game. That means the martians can produce solar arrays to generate power, and build a functional electric grid to power up their machinery and buildings.

Machinery, such as the drilling rig, and buildings can be connected to the electric grid via a newly added cable spool, which holds up to 50m worth of cables. These cables can be connected to special wall panels that contain power sockets and/or the power connection points on equipment. The cables are also physically simulated, meaning you can print a spool of 5 cables, and then unwind them from the spool, and physically drag them across the floor, connecting the ends.

The new power simulation feature is further demonstrated in a brand new Take On Mars teaser trailer. The changelogs for Take On Mars are available at http://mars.takeonthegame.com/changelog/.

To enlist as a rover operator and/or astronaut, people can pick up the Early Access version of Take On Mars now on Steam andBohemia Store for 19.99 EUR/ 21.99 USD/ 15.99 GBP.