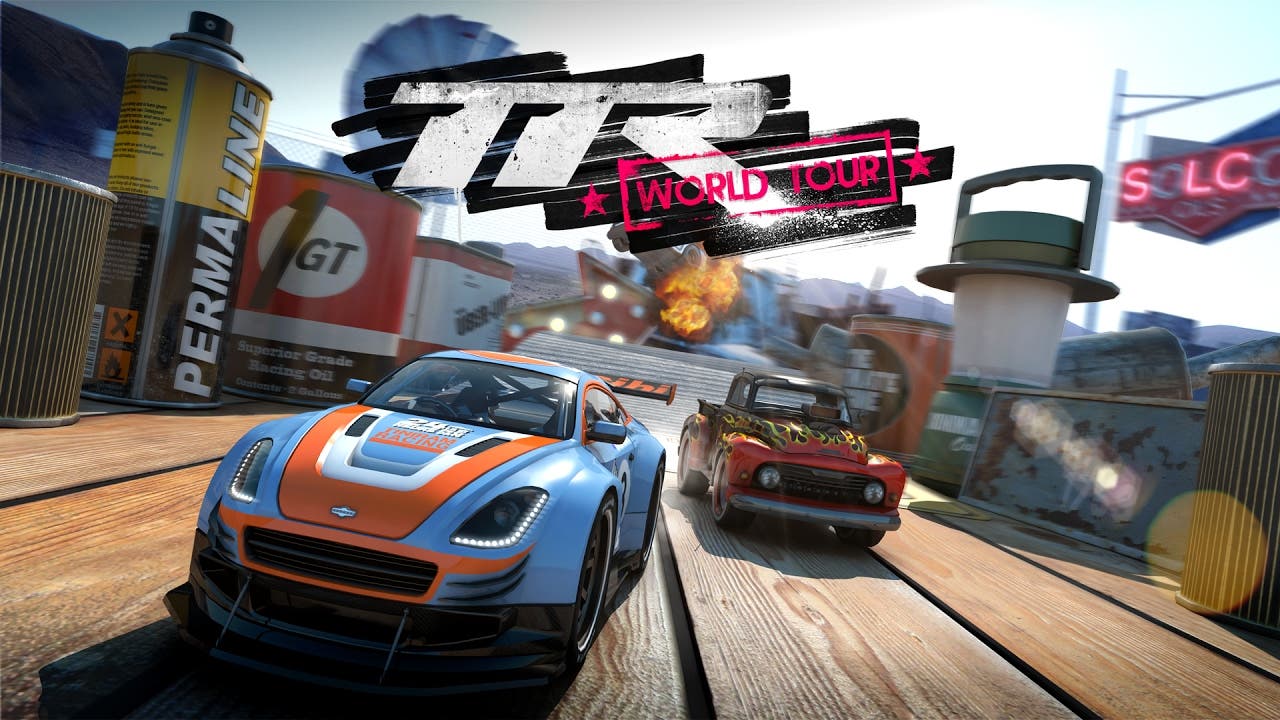 “Our small but hugely talented Indie dev team at Playrise Digital have worked wonders with Table Top Racing: World Tour for Xbox One!” commented Nick Burcombe, CEO and Game Director of Table Top Racing at Playrise Digital, “I really hope Xbox One players fall in love with its slick gameplay, cut-throat 8-player online multiplayer and tongue-in-cheek humour. We’re very excited to finally bring TTR to XBOX One and we’ve made a number of tweaks and improvements to it too!”

There are two major differences that make Table Top Racing: World Tour on Xbox One stand apart from its previous incarnations:

1. Playrise have rolled all the content released to date into one awesome value bundle. On previous platforms, players could only host and play multi-player games with other users that had the same DLC packs. Multiplayer ‘fragmentation’ will not be an issue for Xbox One gamers.

2. Playrise have added voice-com support in multiplayer races and lobbies – how better to celebrate a crushing victory than to taunt a rival with a good bit of banter?!

With Table Top Racing: World Tour for XBOX One, players will jump into the driving seats of all 16 super-cool miniaturised racing cars, taking a grand tour of 8 unique locations around the world. For XBOX players, there are 32 courses to master and 12 Championship Trophies to collect.

The Championships consist of more than 120 individual events featuring 9 different gameplay modes, plus an additional 54 rule-bending special events. To fully complete special event challenges, players must learn all tracks inside out while effectively dealing with route changing destructible objects mid race. Players will also need to discover and utilise multiple shortcuts per track as well as unlocking and mastering ‘Super-Weapons’ and ‘Wheel-Weapons’…

In addition to the extensive single player mode, players can jump online and challenge up to 8 friends with the vindictive-yet-addictive multi-player combat mode. Find out who is the ultimate Table Top Racer!

Pint-Sized, Powered-Up Racing has never looked so good or been this much fun!