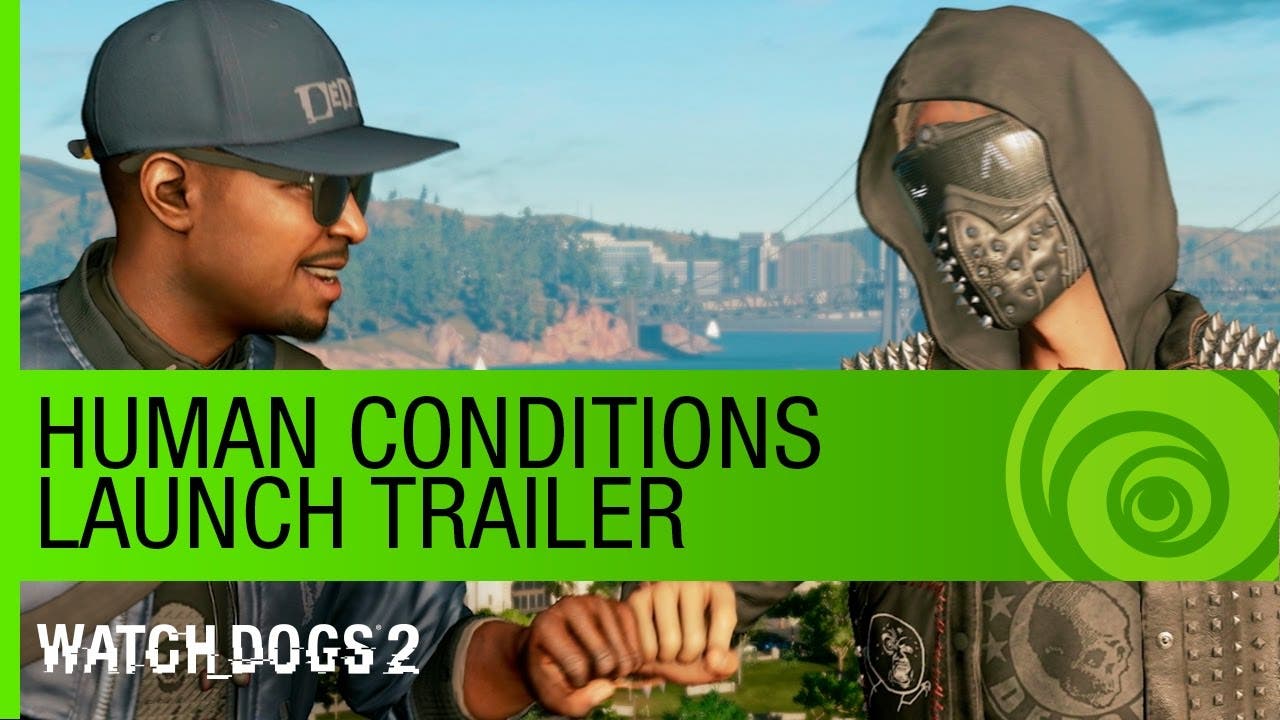 The second add-on for Watch Dogs 2, “Human Conditions” out now for PS4, March 23rd for Xbox One and PC

The three new DedSec operations introduce some of the Bay’s most outrageous scientific and technological storylines:

Players will also be confronted with a new enemy type, the Jammer, a deadly opponent carrying an anti-hacking device disabling all hacking options in a radius around him. DedSec members must carefully adapt their strategy to deal with this exceptional threat, temporarily disabling his device from afar or manually turning it off after taking the Jammer down.

In Watch_Dogs 2, players explore the birthplace of the tech revolution as Marcus Holloway, a brilliant young hacker who has fallen victim to ctOS 2.0’s predictive algorithms and accused of a crime he did not commit. In Marcus’s quest to shut down ctOS 2.0 for good, hacking is the ultimate weapon. Players can not only hack into the San Francisco Bay Area’s infrastructure but also every person and any connected device they possess to trigger unpredictable chains of events in this vast open world.