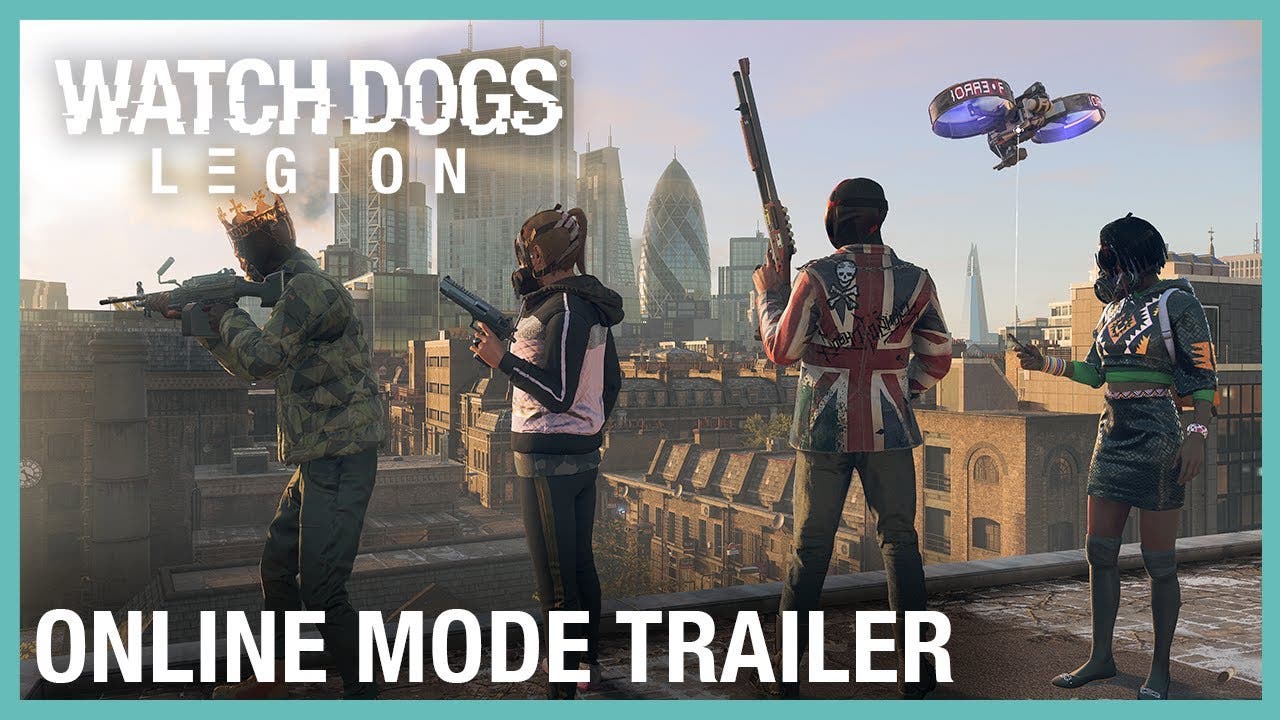 SAN FRANCISCO – MARCH 9, 2021 – Today, Ubisoft announced that the online mode for Watch Dogs: Legion is now available on Xbox One, Xbox Series X | S, PlayStation®4, PlayStation®5 and Stadia at no additional cost for Watch Dogs: Legion players. The mode will also be coming shortly after on the Epic Games Store and Ubisoft Store on Windows PC, and Ubisoft+*, Ubisoft’s subscription service.

On March 23, “Leader of the Pack,” the first four-player co-op Tactical Op which will require teamwork and efficiency will be available. More content will continue being added after launch through free updates, including Invasion PvP mode, all-new co-op missions, free characters and more.

*€14.99 per month. Cancel anytime. The Ultimate Edition (Excluding VIP status) will be available as part of a Ubisoft+ subscription. More information at ubisoft-plus.com.