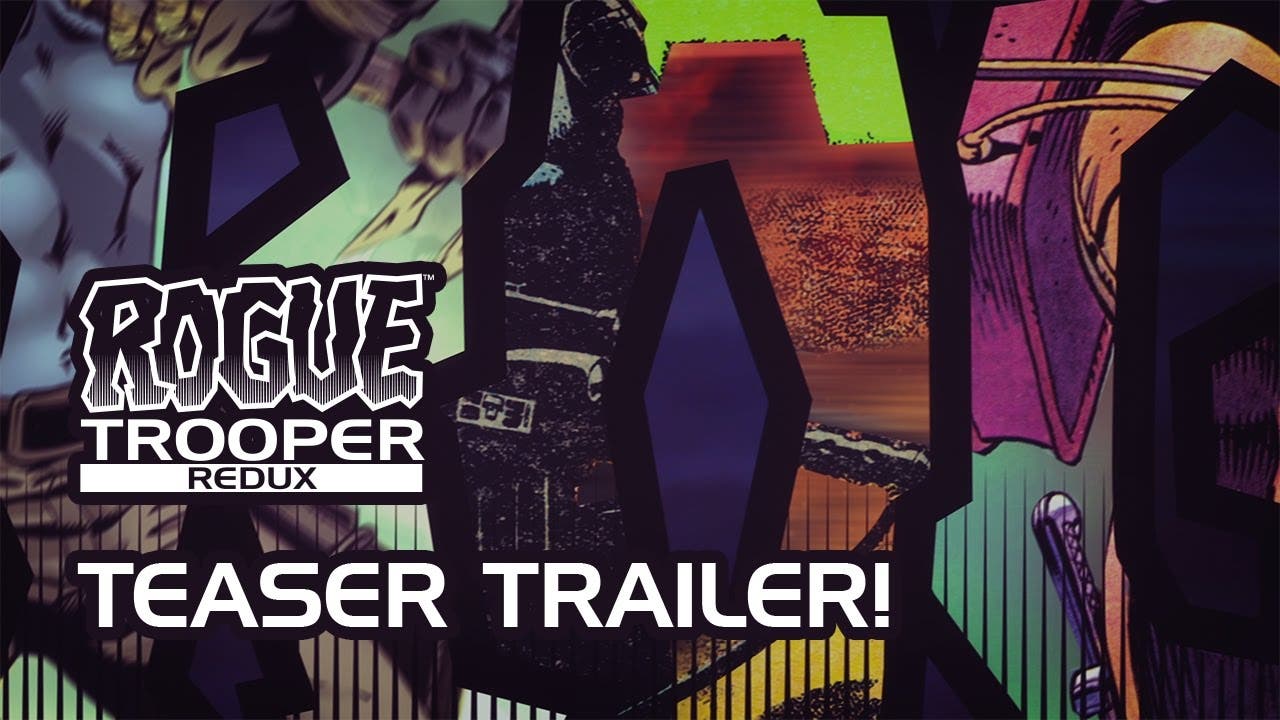 The most feared soldier on Nu Earth is back in business! ROGUE TROOPER REDUX will bring 2000 AD®’s blue-skinned GI to Nintendo Switch™, PlayStation®4, Xbox One and PC.

In 2006, the original ROGUE TROOPER set the benchmark for video game adaptations of comic books. Developed by Rebellion®, the studio behind Sniper Elite 4 and owners of British comic book powerhouse 2000 AD®, it was widely acclaimed for bringing the cult sci-fi strip to life in an authentic, tactical, cover-based third-person shooter that debuted before the genre became the gaming staple it is today.

ROGUE TROOPER REDUX will remaster the Rebellion® classic for a new generation of players, taking them to the chem-blasted battlefields of Nu Earth. Rogue, a bio-engineered Genetic Infantryman (or “GI”) immune to the planet’s poisonous atmosphere, is the last soldier standing against the colonial Nort regime. Carrying three fallen comrades as biochips in his equipment, Rogue is a one-unit squad of death and destruction, and he only has one thing on his mind – REVENGE.

ROGUE TROOPER REDUX is being developed in partnership with experienced UK studio TickTock Games, making it the first 2000 AD®game developed outside of Rebellion®. The game also marks the first of potentially many externally developed 2000 AD® games after announcing it will open up its wealth of iconic IP – such as Judge Dredd and Sláine – to other developers.