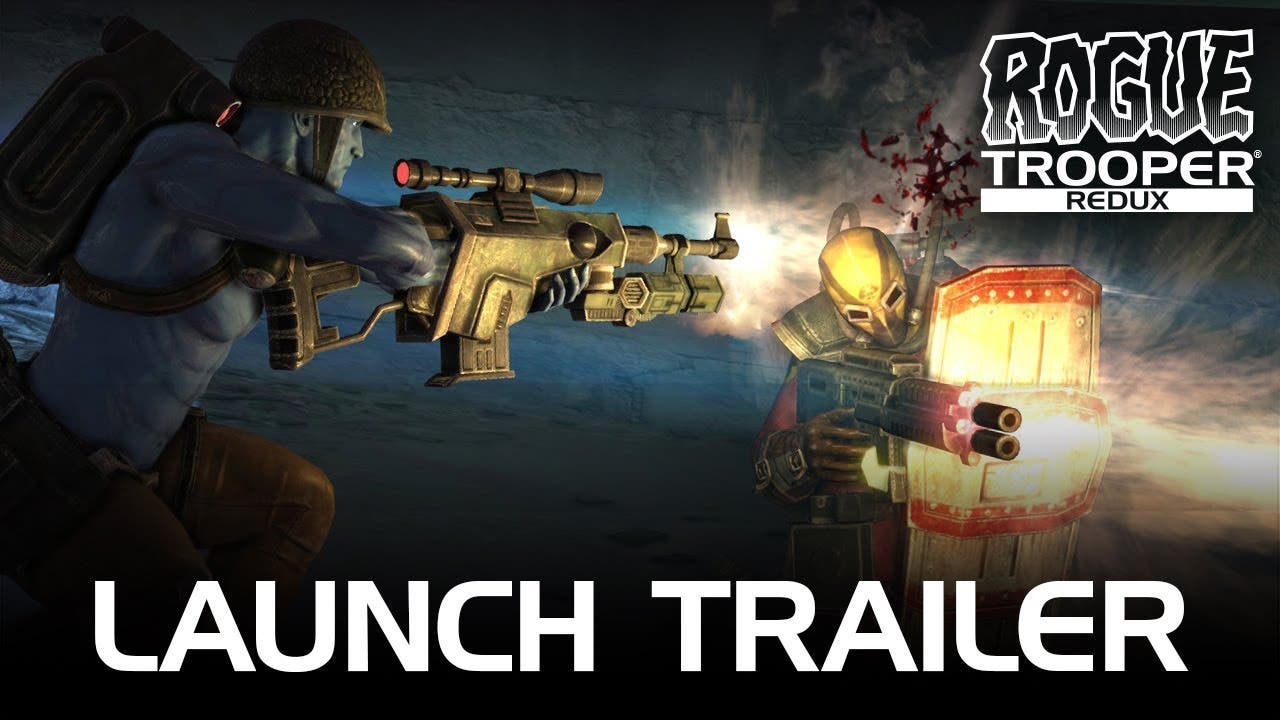 ROGUE TROOPER REDUX is available today on PC, Switch, PS4, and Xbox One

ROGUE TROOPER® REDUX sees the return of 2000 AD hero Rogue, the last of the Genetic Infantrymen. Bred only for war and betrayed by his superiors, Rogue seeks nothing but revenge in this pioneering tactical shooter and landmark comic book adaptation.

Originally released in 2006 and earning two BAFTA nominations for Best Character and Best Story, ROGUE TROOPER® is a true cult classic. With its timeless blend of stealth-action gameplay, cover-based combat and epic set pieces, it’s remained a fan favourite a decade on.

“We’ve always been hugely proud of the original Rogue Trooper,” said Rebellion CEO and Co-founder Jason Kingsley OBE. “It’s special to bring it back with the help of our friends at TickTock Games. Remastering it has once again highlighted how influential a game it was for Rebellion. You can see the roots of tactical shooting that evolved over the years into our more recent games, such as Sniper Elite 4 and Battlezone. It’s a really fantastic, exciting shooter and now it looks how we always imagined it.”