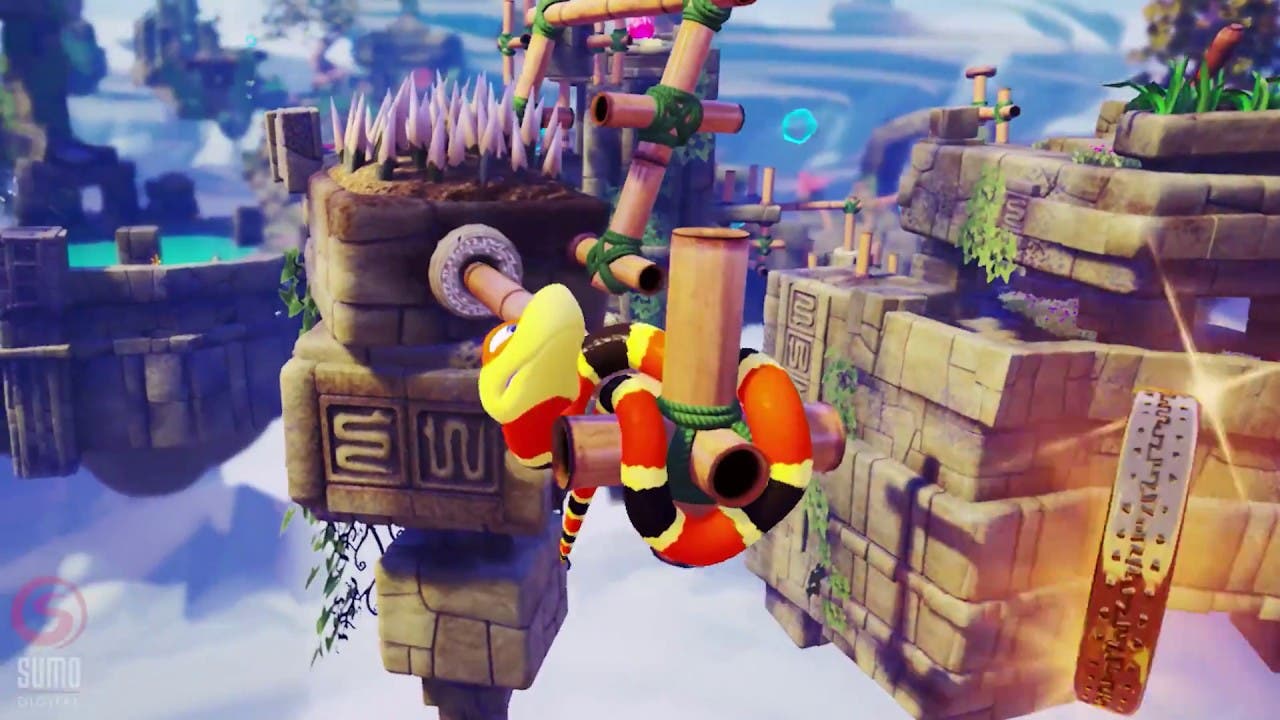 With Snake Pass launching on PlayStation®4, Xbox One™, Nintendo Switch™ and PC on March 28th in North America and March 29th in Europe, developer Sumo Digital have released a new trailer, for the Snake based action-puzzle game. Featuring new footage from the Air World, the fourth and final world in the game, featuring tough challenges as elements like wind and updrafts change your approach and move you around the levels!Snake Pass has players slither, curl and climb their way through increasingly challenging worlds, filled with ever more intricate obstacles and fiendishly mind-bending objectives. With 15 levels of Snaketacular gameplay, Snake Pass is a unique and charming title that will challenge you to think like a snake!