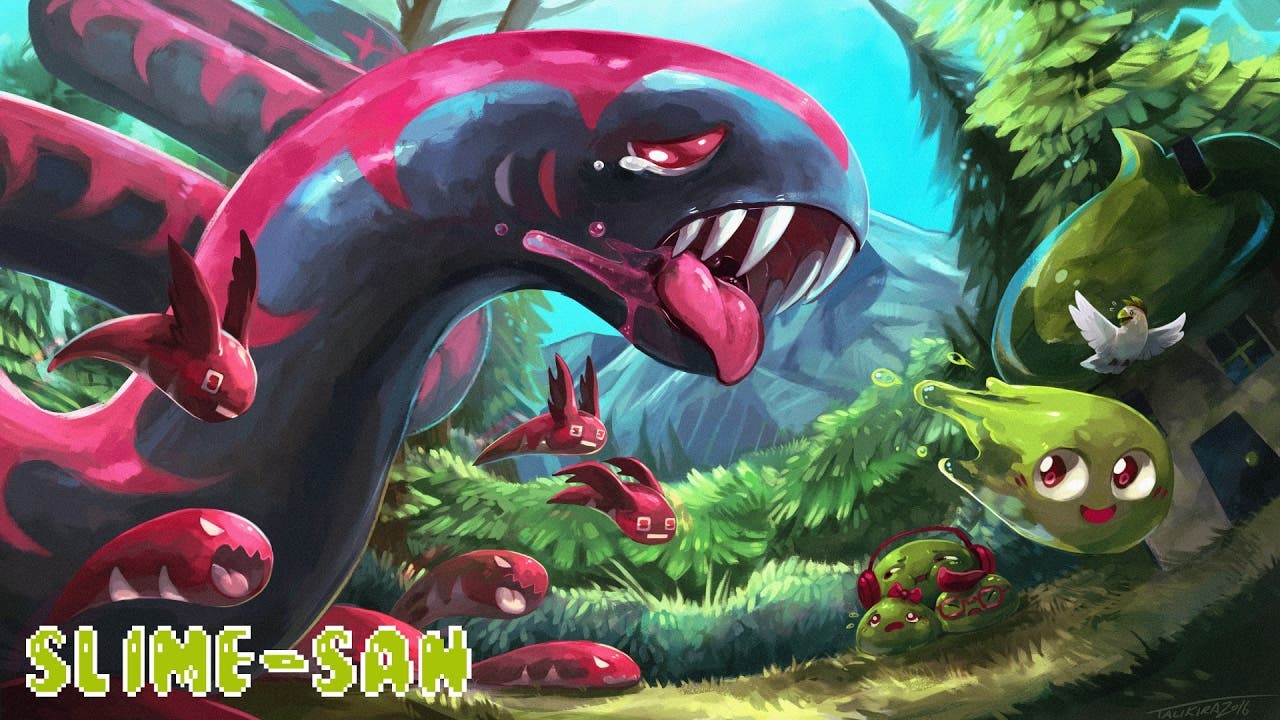 On April 7, 2017 the game will release on Steam and Humble Bundle. Finally players will be able to jump and slime their way through 100 levels in a unique 5-colored, pixelated world. The new integrated Twitch mode allows Twitch viewers to influence the game via the chat for total madness! A list of features that will await the players can be found below.

Slime-san is developed by Fabraz, an independent development studio that previously has come to underground fame with their critically-acclaimed games “Cannon Crasha” and “Planet Diver”.

Console releases of Slime-san will follow later this year.