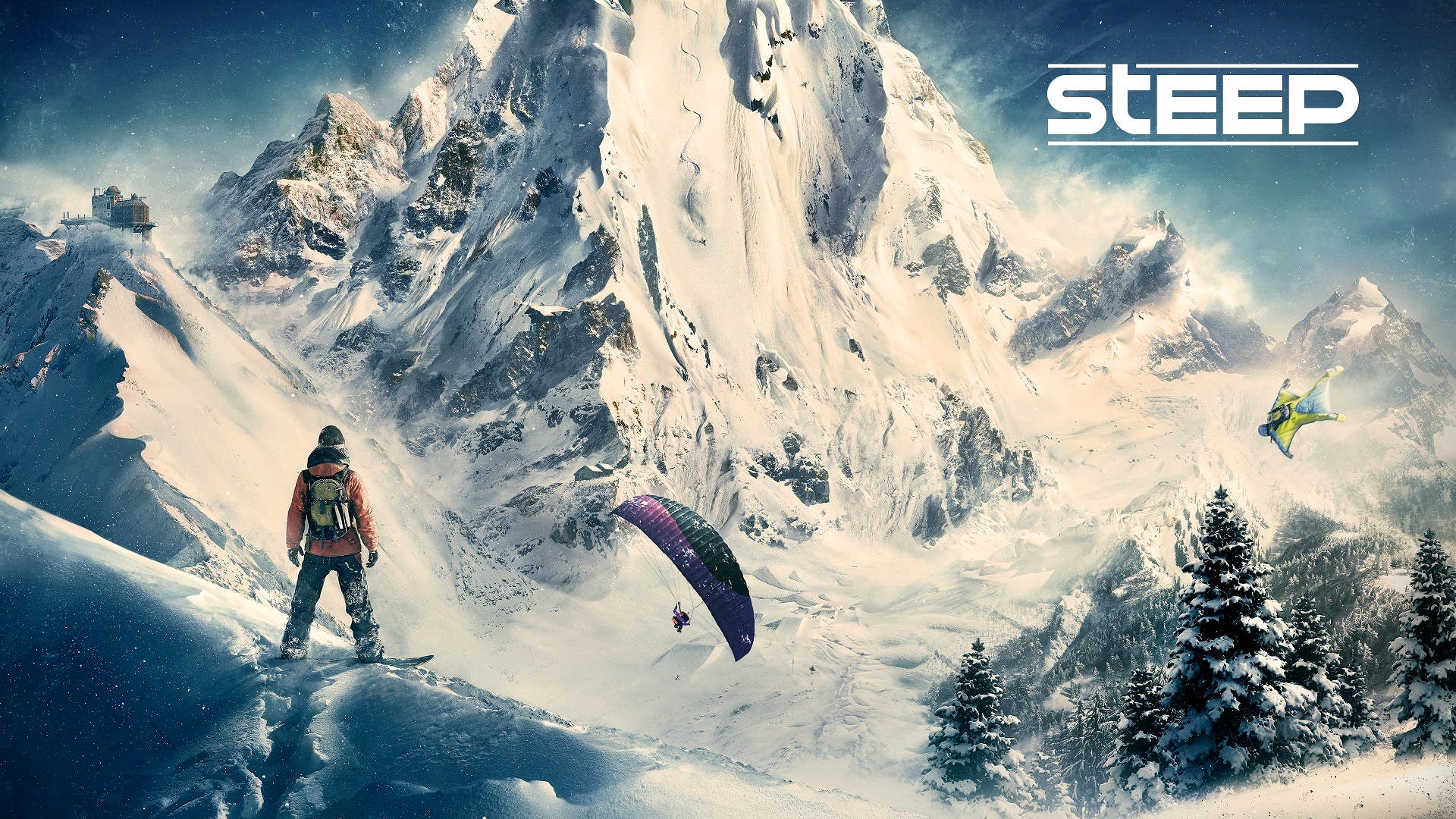 There’s no shortage of things to do in Steep, but there’s also no need to do something you don’t want to. There’s a casual approach that Steep takes, in that you can do anything at any time. It is a relaxing take on the genre. Steep is highly enjoyable whether barreling down a slope dodging trees, just as it is to be para gliding against a craggy mountain-side. Steep is an open-world exploration and competition game full of chill music, crisp air, and cool tricks. Ubisoft has been experimenting with open-world games in genres that don’t normally have this type of openness, like The Crew for racing, and Ghost Recon Wildlands for shooting & tactics. This experimentation extends into the world of extreme winter sports in Steep. There’s seven peaks in the European Alps to discover, conquer, and share during your time with the game. Each new location is different than the last, and is something you love spending time with. There’s a feeling of embracing the outdoors, living life to the fullest, but being aware of the dangers that are inherent to the mountains.

There’s four disciplines to Steep: ski, snowboard, para glide, and wing-suit. Though it’s worth noting that the ski and snowboard events are interchangeable. Both skiing and snowboarding are dangerous and focuses either on racing or skill-based challenges. Paragliding is exhilarating as you learn how to gain updrafts from the mountain to go farther and higher, and wing-suit is borderline suicide as you can get so low to the ground, you’re able to touch your nose to the snow. Now, you can’t switch from wing-suit to snowboard while in the air, so there’s some semblance of realism here. Now, you have a couple of options to view the game in third or first-person via a GoPro camera, and that view is both frightening and exciting to see things whizzing by as if it were faster than light travel. Steep is certainly the type of game you feel as you play. How you play Steep is entirely up to you, and the game will open up from earning XP in events and leveling up. If you lean towards one event type, there’s more than enough of them to earn the ability to progress. You increase your skills by playing, not choosing something from a tree. Whatever your playstyle, Steep doesn’t want to be restrictive or get in the way of that. Among the races, time trials, score challenges, and follow the other guy types of events, things like “Bone Collector” come along. While it isn’t quite as funny or cool as skate 3‘s “Hall of Meat”, it does give the game some humor and whimsy beyond the otherwise realistic and serious tone the game has. In traditional events, you are able to take a lot of hits and keep going. Each hit measures in g-force, and you can take up to 100 g-forces before being knocked out (KO), and you stop and event and must restart. If you take under this amount, you can regenerate your health thanks to a generous system.

The mountain philosophies told during the “Mountain Story” events, are somewhat odd and disjointed from the rest of the game. This weirdness extends from the playable characters who emote and speak about the sports as a way of life. The mountain speaks to you at times, and gives you knowledge about what lies ahead. The art of discovery in Steep is achieved by using your body or binoculars to find drop-points, places in the world you can drop yourself onto the mountain and start doing any of the activities. Not long into the game, you’re given the ability to purchase helicopter tickets which can drop you literally anywhere that’s not a drop-point. You can spend hours just traversing the world, and not complete any events.

One thing I really appreciate that Steep allows you to do (outside of events), is to change the time of day. Inserted as part of an update was the ability to change the ambiance (only while looking at the map). This allows you to play in the evening, during a blizzard, overcast, or clear skies. This gamey alteration, can really set the mood for the game.

All the gear you unlock or buy in Steep is purely cosmetic, there’s no skills or boosts by buying or acquiring something. This is a clear design decision, making it about you the person, and not about the character. The amount of items in the game is incredible, everything from snowboards, skis, parachutes, para gliding canopies, pants, boots, headgear to a vampire wing-suit. These items can be purchased from the currency earned by playing the game.

As you play, other players will magically appear and be around the area, in which you can group together or just leave each other alone. The smoothness to the online is how it should be for a game like this, nothing force, and offers a more casual approach to multiplayer. If you want to play with friends, you and three others can band together to attack the slopes how you please. Though, in most scenarios you encounter random people at random locations like you would on a mountaintop. Steep features tiers of ranks for exploration, freestyle, freeride, and other events. The more you do, the higher you rank, unlocking more gear. Challenges set by other players and your friends can be done, or you can set your own challenge and send it out to your friends. Do something really cool? Steep has in-game replay editor to show off just how you accomplished that amazing time or trick combo. It’s robust enough to give you that cinematic look to your videos.

Steep isn’t without flaws, but the ones I found are very minor. For instance, I wish it was easier to see what events you’ve completed, and at what you earned. There’s color-coding in place, but you can’t zoom in enough to parse this. In a lot of ways, a map filter would solve this issue. It would help you to find the events you want to play, but also sort out what you’ve done or haven’t done. Steep goes for a more organic approach to selecting events, but something a bit more spreadsheet-like would also help.

As of the tail end of February, the “Alaska” update came out. This included adding the Alaska’s ‘Denali’ peaks to the game. It is not as big as what you’ll find in the other mastiff, but it is a sizable addition to the game that has a unique look and feel to the core mountains of Steep. It’s not just empty mountain, there’s almost two dozen challenges, another mountain story, and Ubisoft dares. Included in this free update is more costumes and items to go with it. The level cap has been raised from 25 to 30, now allowing for you to partake in these events even if you’re well-seasoned, and previously capped.

Steep is unlike other games of its ilk. It is a unique game that doesn’t get in its own way and lets you do what you want, how you want. I never felt forced to play an event that I didn’t want to just for the sake of progression. I never felt stressed, frustrated, or bothered by anything in the game. It is a relaxing experience that is worthwhile. Steep is a game that’s grounded in reality but not afraid to have fun while appreciating life and the things around us.