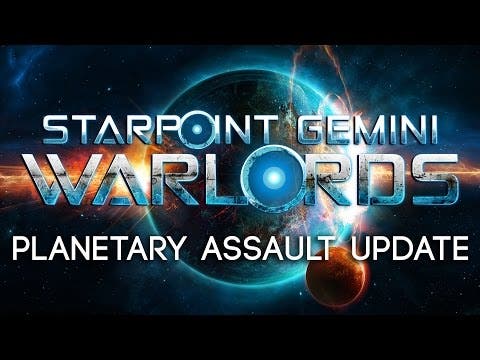 Publisher Iceberg Interactive and developer Little Green Men Games have released a brand-new update today for their epic space simulation PC title Starpoint Gemini Warlords. Many community requested features have been implemented in this aptly named ‘Planetary Assault’ update and players can now board and capture ships, take over space stations and attack and take over 15 planets. This update and its massive improvements is the last update before the game moves into Beta stage.

Available now in the ‘Planetary Assault’ update are the following new features:

For the complete changelog of the ‘Planetary Assault’ update for Starpoint Gemini Warlords, please visit the official Steam announcement: http://steamcommunity.com/games/419480/announcements/detail/563353721557293614