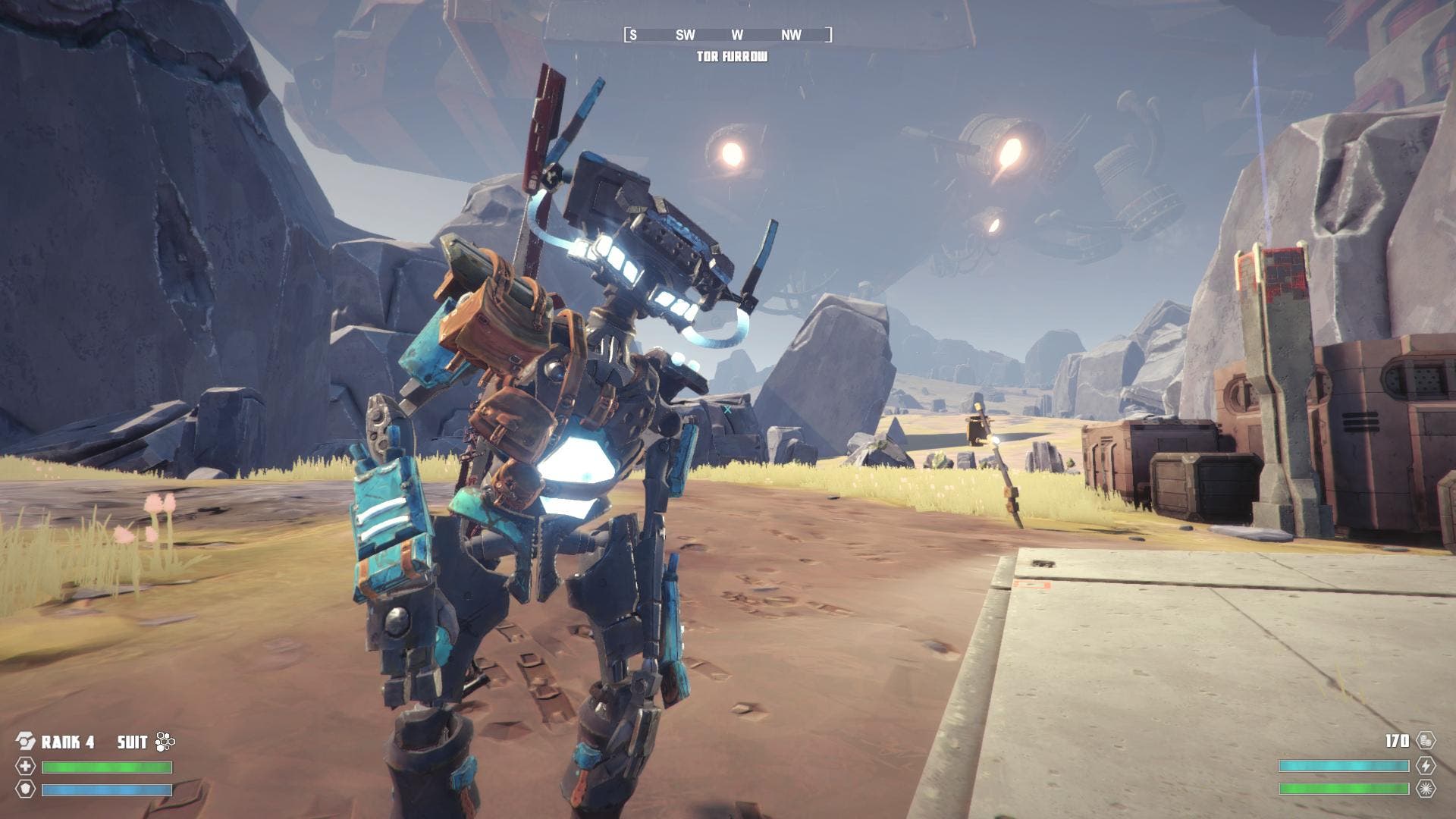 The Signal From Tölva Review

With a development company named “Big Robot Ltd”, you better be making games with robots in them. Their previous game, Sir, You Are Being Hunted had some malevolent ones you were trying to get away from. In The Signal From Tölva, Big Robot Ltd has doubled down on robots, because not only are you one, but the entire game is filled with them. And this time, you run towards them. The Signal From Tölva is easily Big Robot’s best game, but also a very good one on its own in the ways it is provokes thought and gives player freedom through carefully crafted landscapes shrouded in mystery.

Included with my Steam review key was a PDF attachment for a 48-page lore book – something you get by purchasing the game. While it isn’t necessary to read this to understand the game, it is helpful in giving the player information that there’s a larger mythos and story to be told that extends beyond the planet – more than what the planet can bear all on its own. There’s a signal coming from the planet Tölva, and this is only the beginning of what’s hopefully to come after this game.

A surprising note is that you as the player are never on Tölva, you are only seeing through the eyes of a surveyor robot via the network – a hive mind of sorts. The surveyors being robots belonging to one of three factions in the game. The core ability upon arrival is that you can hijack any surveyor robot from a captured outpost. You transfer consciousness and are given a unique ID every time you do it. There are infinite bodies to get inside, and each is simply discarded during death. This proposes some existential questions, and wondering whether you are even real if a body is so disposable.

Where Sir, You Are Being Hunted tried to keep the players at an offensive disability, The Signal From Tölva is all about empowerment. Oddly the guns in the game lack a certain “punch” when firing, making them seem underpowered when they aren’t. The reload mechanic is much preferred as it is a time-based, using energy to refill rather using ammo you pick up off of the floor or looting from chests and enemies. The time it takes to reload makes for some intense firefights. There’s lots of guns to buy and equip, but the game is less about the number of guns or specific guns you carry as it is more about your abilities and when best to use them. There’s an area of effect (AOE) that you can pop to use for damage to nearby enemies, healing yourself and robots at your command, or hacking nearby enemies to cause them to freak out and tuck their metal tail and run away from the conflict. Once you level for the first time, you’re given command node that takes up a weapon slot, but it essentially adds weapons to your arsenal even if you yourself can’t directly take the shots.

The Signal From Tölva evokes elements of Far Cry in some ways as you’ll be taking over outposts and clearing out ambush spots as you take control as you progress through the planet’s surface. An important but not entirely necessary approach is scanning enemies from afar to see if hostile or friendly. This allows you to scout the area or come in guns blazing, hitting your AOE damage, and dismantling robots with your guns with relative ease. There’s a night to day cycle that gives Tölva its life, aside from the wildlife you come across. Similar to Far Cry as well, is the factions. The three factions on the planet will fight on their own, with or without your intervention, giving a sense that this world is not here just for your existence, but instead it has existed before you started your journey and will continue to do so with its intelligent AI.

The planet of Tölva is full of radioactive zones, discarded relics, ancient gigantic robots encrusted into the planet, mysterious figures that watch you, and more. Unraveling the main story is merely a thread in a larger sweater. The Signal From Tölva rarely has boxes to tick and percentages to grow as a means for feeling the progress throughout the game. Instead, you see the changes around you as once enemy-ridden outpost is now filled with friendlies who are defending it.

Many times throughout your journey, you’ll be needing to scan for anomalies, data nodes, and picking up resources. Not only does it give a cool visual flair when enabled, it helps find hidden items you can’t normally see. Each robot is equipped with headlamps best used in enclosed spaces and at night, but the lights can trigger enemies to come hunt you down. Finding every piece of data you can helps fill in your understanding, but shows the attention to detail each element of the game has.

The Signal From Tölva is a complete experience that makes this open-world first-person shooter a delight, and carefully places the world of Tölva onto your shoulders for an exciting excursion onto a foreign planet. The game hides its linearity well, but thankfully not at the expense of enjoyment because of rigidity. Instead, you’re free to do as you please, and by following the path laid out before you and are able to see the events unfold as intended and given story beats where necessary to keep you enthralled in this planetary mystery.