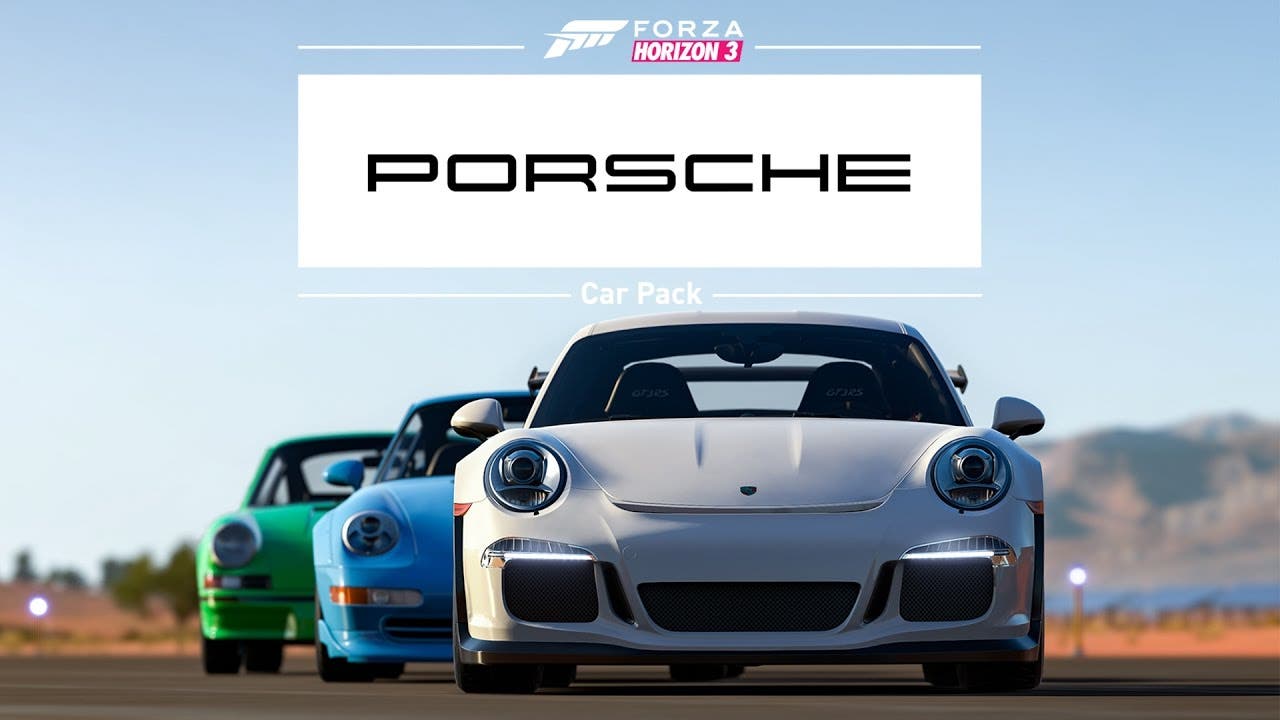 We’re thrilled to share that today at the New York International Auto Show, Porsche and Microsoft’s Turn 10 Studios announced a six-year partnership to collaborate on a suite of co-branded initiatives for Porsche and the Forza franchise. The partnership kicks off today with open registration for Porsche’s esports sponsorship debut in Forza Racing Championship Season 3: The Porsche Cup – the most inclusive racing esports program and home to the largest online racing community in gaming. Today also brings the release of the Forza Horizon 3 Porsche Car Pack, featuring an exciting lineup of Porsche cars for 2016’s best-selling racing game Forza Horizon 3, exclusively on Xbox One and Windows 10 PCs.

We entered this premium partnership with Porsche as a result of their shared passion for sports cars and motorsport. Porsche has a rich history of motorsport which combined with Turn 10’s unrivaled position in digital racing entertainment has formed the basis for a new and exciting form of seamlessly integrated racing entertainment. The partners are working to develop and launch new ways to combine driving experiences, racing schools, and dominant motorsport successes with Forza’s regular cadence of high-quality game experiences, content, and events. Our six-year partnership is starting off strong with ForzaRC, and we can’t wait to show everyone what else we have planned.

“By having Microsoft as our partner, we have the opportunity to take the pleasure of driving a Porsche and making it an experience in the virtual world”, says Detlev von Platen, Member of the Executive Board responsible for Sales and Marketing at Porsche AG. “Racing games and esports connect the real and virtual worlds and enable us to gain further access to the young target group. It means that they can develop a passion for Porsche even before buying their first sports car”.

The Forza franchise is home to the largest online racing community in gaming – in fact, over four million players race in Forza each month. As the most inclusive racing competition in gaming, ForzaRC is an esports program where players of all skill levels compete for glory. Building on the success of ForzaRC’s debut with two seasons in 2016, which drew nearly one billion impressions, fans can now register for Forza Racing Championship Season 3: The Porsche Cup, which begins May 1.

Kicking off ForzaRC this year is the Forza Racing Championship 2017 New York Invitational Presented by Porsche on April 15-16 at Microsoft’s flagship store on Fifth Avenue, showcasing 18 of ForzaRC’s Elite players from around the world competing for a chance to win $25,000 in cash prizes, plus a Drift competition between two of ForzaRC’s top drifters. Guests will also have a chance to race ForzaRC Elite drivers and even Porsche professional driver Matt Campbell on April 15. We also invite fans to join us from home by tuning into the Beam livestream, Twitch and YouTube, featuring a guest appearance by Campbell.

The New York Invitational is just the beginning for ForzaRC in 2017. Following the Invitational, Season 3 players can participate in two different competitions in Forza Motorsport 6 for Elite drivers and Forza Horizon 3 for casual players. Players will get the chance to race in a wide variety of Porsche models over four weeks of intense competition, culminating in a finals event at a special location, where winners will take home $100,000 in cash prizes.

We look forward to collaborating with Porsche to continue delivering more content and ForzaRC experiences for our fans, so stay tuned to ForzaMotorsport.net for future updates.