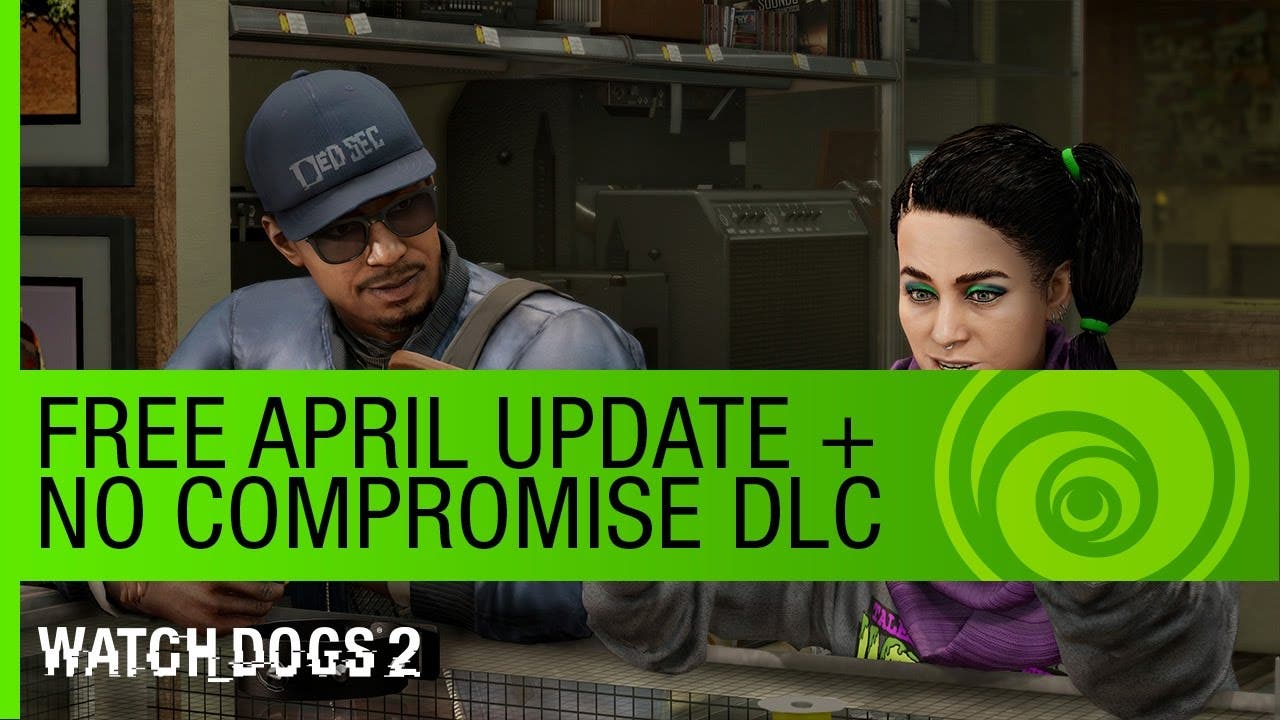 No Compromise DLC released for Watch_Dogs 2, game gets free update for April

Today, Ubisoft announced that No Compromise, the third add-on content of Watch_Dogs 2, is now available on the PlayStation®4 computer entertainment system. No Compromise is part of the Season Pass content and will be available on Xbox One and Windows PC on May 18, 2017.

No Compromise introduces a wide variety of new content for players, including the new Moscow Gambit DedSec operation. In the multi-mission storyline, Sitara asks Marcus for a personal favor that leads him towards hacking into a hardcore adult film studio, resulting in awkward moments with industrial machinery and an explosive climax. After a famous pornographer decides to parody the group’s style in his new film, DedSexxx, the DedSec crew launches a ridiculous lesson in image control that escalates into a brutal skirmish with the director’s contacts in the Russian mafia.

The add-on content also contains a new racing time trial challenge that includes six single-player car races that will ask players to master a variety of special vehicles under a time limit. It comes with a dedicated leaderboard so everyone can see exactly how their skills measure up.

Lastly, No Compromise comes with two new non-lethal weapons and three new emergency services packs, with new vehicles and outfits that let Marcus dress up as a police officer, firefighter or paramedic, all with a DedSec twist. These aren’t purely customization items, each outfit and vehicle adds a new skill that lets Marcus affect NPC behavior and do previously impossible things. Examples include the ability to freeze NPCs while wearing the police outfit, reviving unconscious NPCs while dressed as a paramedic, and more.

No Compromise follows a massive free update released on all platforms on April 17. It added customization options including 13 new outfits, new online features and an endgame challenge, the new Showd0wn PvP mode, which pits two-player teams against each other in hectic 2v2 battles. These competitive matches come in three flavors: a King-of-the-Hill faceoff, Doomload; a defensive duel, Hack/Protect the Servers and a high-tech hunting race, Steal the HDD.