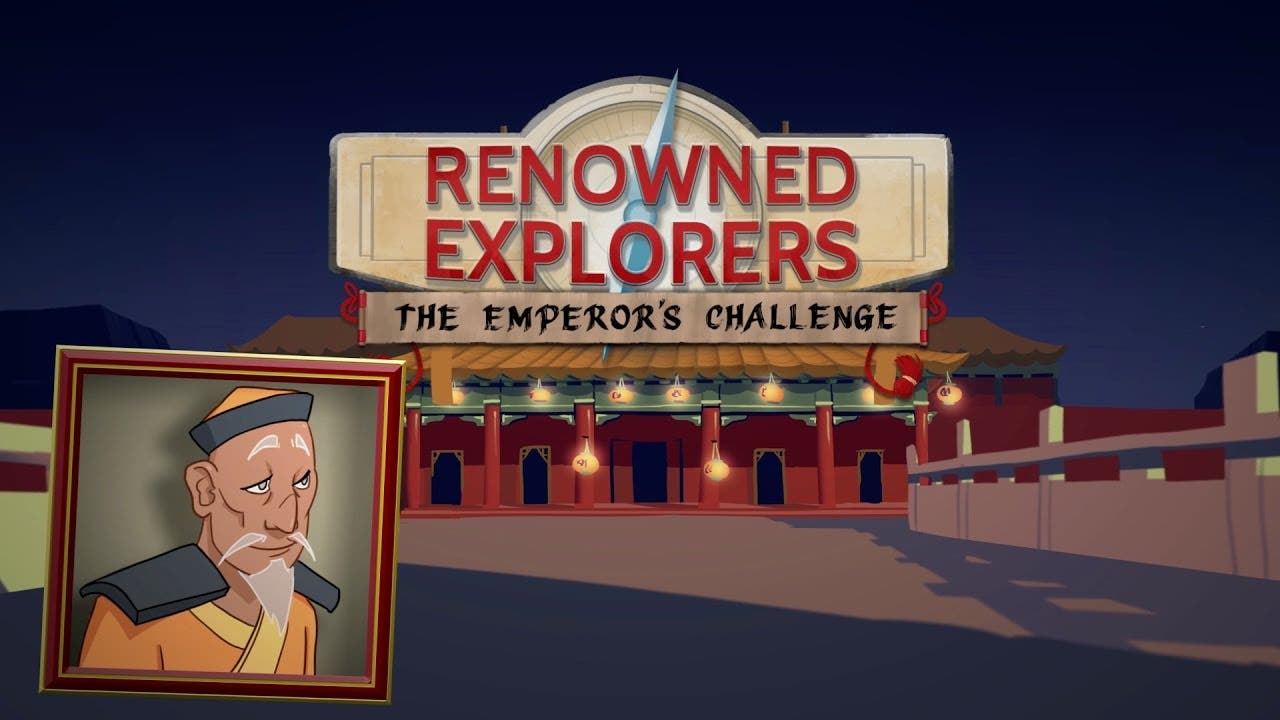 Renowned Explorers: The Emperor’s Challenge expansion coming on May 10th

Your crew, representing The International Society, has been spotted, covertly landing in an undisclosed location East from Borneo in Indonesia, at the behest of Emperor Guāngxù. Hot on their heels comes your arch rival, Matthieu Rivaleux, making a conspicuous landing at the bustling docks along with his crack team of investigators. The locals were clamouring for autographs from Rivaleux, whose dazzling smile was flashing for the throngs of dedicated fans. No sooner were the teams ashore, but a race began to the Temple of Trance involving; miraculous feats of physical prowess, underhanded trickery, and no small amount of charming smiles to get the locals to lend a hand! What does the lovable (but somewhat eccentric) Chinese Emperor have in store for these two renowned teams? What amazing discoveries can we expect in the archaeological dream, Indonesia?

Renowned Explorers: The Emperor’s Challenge is the second premium expansion pack for “adventurer manager” Renowned Explorers. The pack opens up East Asia with first-time additions to the character roster; a new expedition in Indonesia; and a whole new game mode in which you compete directly against Rivaleux to fulfill the desires of Chinese Emperor Guāngxù.

Renowned Explorers is a turn-based strategy adventure video game set in a whimsically fictitious, 19th century, historical setting. The Emperor’s Challenge is the second expansion for the game and set in Indonesia. This newest release opens up a new location for you to explore as well as a host of new characters to pad your team. A new game mode will be available as the titular Emperor’s Challenge. This mode will challenge Veterans of the game to adapt their strategies on the fly for a new level of challenge. Even better, check out the trailer full a video explanation! Do you choose Suh Min-Jeong, a child prodigy in the fields of diplomacy and archaeology or perhaps Wang Yu with his knack for fireworks and a penchant for trouble?