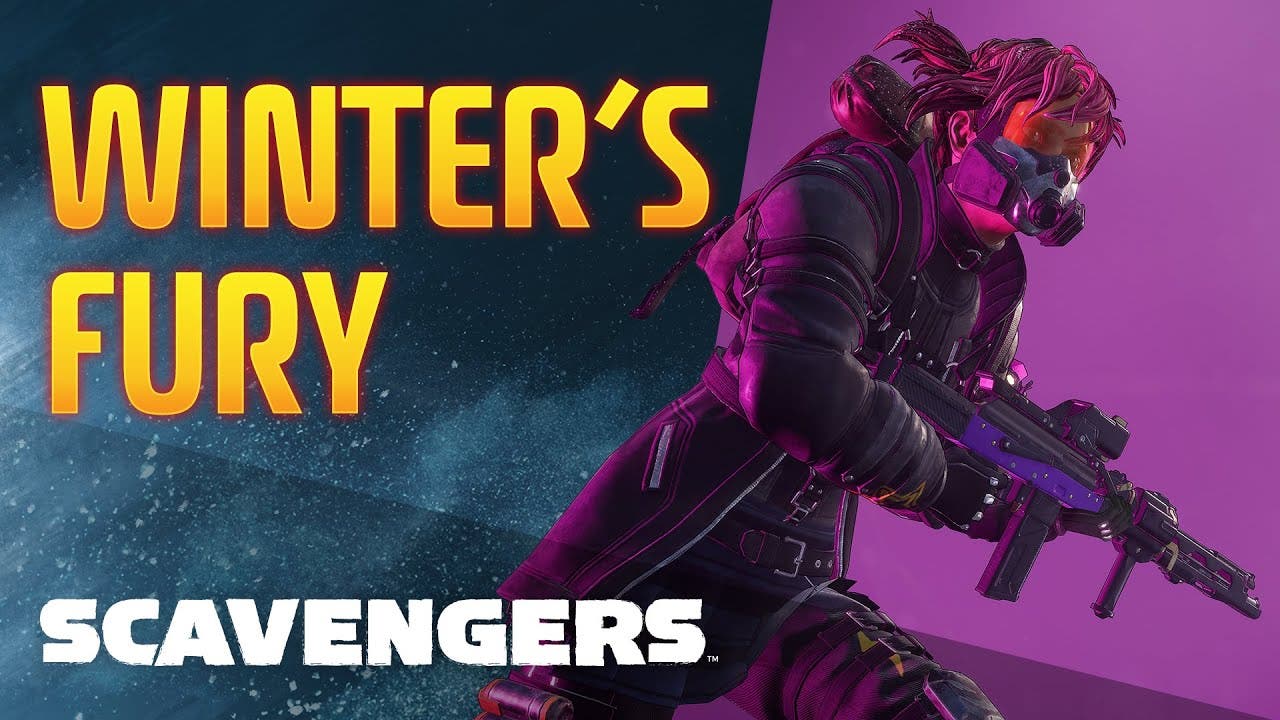 In Winter’s Fury, players will be able to take command of a powerful new survivor of the frozen apocalypse: Rin – the first playable Explorer added to Scavengers following the game’s launch into Early Access for PC. With an uncanny aptitude for chemistry (particularly chemicals that explode), Rin traps her enemies in a suffocating fog of dazzling magenta smoke, disorientating and debilitating her targets just long enough to pick them off. When targeted at enemies, Rin’s slick Smoke Screen ability obscures vision, slows movement, and drains stamina over time. Rin is voiced by actress and singer Jennifer Sun Bell, known for her roles on NCIS, American Pie, and more.

The Winter’s Fury Battle Pass will be available for purchase on September 15, alongside Rin. With the Battle Pass, players can unlock additional specialty items as they play matches.

More information about Winter’s Fury and the Battle Pass can be found in the blog post here.

Scavengers is currently in development for PC. It is available in Early Access on Steam and the Epic Games Store.