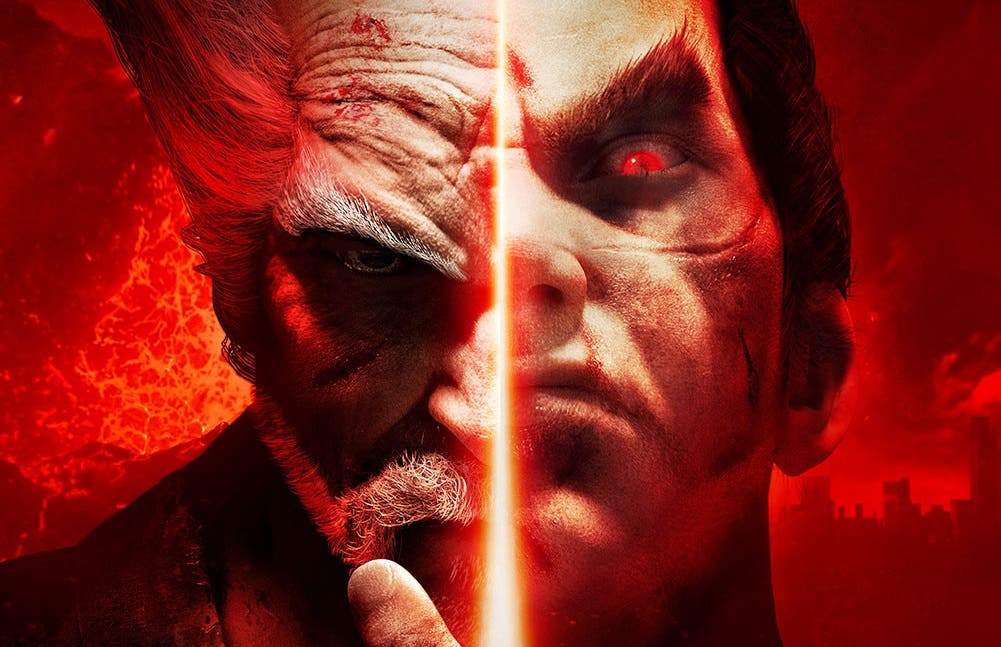 At long last, Tekken 7 has made it way to consoles and PC. While the game has existed as arcade machines previously, and has evolved into Tekken 7: Fated Retribution, this is the first home release of the game. And it is simply titled Tekken 7. It includes all of the arcade updates and much more that offers great fan service for long-time followers and a great way to get anyone caught up, if they haven’t stuck with Tekken over the years. Tekken 7 is a fantastic fighting game with not only great visuals, but smartly improved fighting systems that make it feel like an arcade experience at home with some great storytelling on top of it. Tekken 7 is the conclusion of the warring members of the Mishima family. The game is rather dramatic in its CGI cutscenes, and really goes for it. The story beats are really well done, and explain themselves expertly. You will bounce between past and present, and see the linkage between old Tekken games and Tekken 7. The narrated bits are rather rough, and are the only sore spot in what makes the story work so well. Cutscenes are presented in multiple ways: CGI, still frames, and motion graphics, while not cohesive, feels all part of the delivery.

The fighting within the story does some interesting things, such as fighting random soldiers one after another, each with their own life bar. Then chapters are cap-ended by fighting a specific character in the game before moving on. Also, for fans of the series, and those who don’t do particularly well at fighting games can use the fight assist modifier. By holding the left bumper, you will be given quick access to complicated combos with a simple button press. This allows you to breeze through fights to keep the pacing and flow up. While the core fighting of Tekken hasn’t changed, there are some additions that make sense and work well for the game. The first is that of the “Rage Art”, this is a super move that you get enraged once your life meter is almost depleted. If timed right, when you press the right bumper, you can activate a near-lethal comeback string of attacks with a single button press. There is a more elaborate combo with the rage art that can be performed for even more damage. Lastly, Tekken 7 revels in the final moments of a fight by going into slow motion on the final hits of a character’s life meter to see the beauty in motion.

The roster that makes up Tekken 7 doesn’t contain too many surprises, but satisfies all the characters you’d expect to see: Heihachi, Jin, Paul, Nina, and many, many more. Perhaps the one surprise and one of crossovers, is to see Street Fighter’s Akuma make his way over. He’s given some special treatment, as when you go up against him or play him yourself, he has an EX meter that no one else has. The lack of surprises in the roster isn’t a detriment to the enjoyment of the game, because it feels like a reunion of characters you’d expect. Aside from story mode, there’s character fights that serve as character story mode, but 1 tough fight and you get an ending for that character. I’d prefer something more expansive, but it works well enough. The multiplayer modes are what you’d expect a Tekken game to have, feature ranked and unranked fights, complete with a server browser of sorts to find the right fight. I think the standout mode, which has been a staple of the series is Treasure Battle. Here you complete fights to earn fight money. Fight money is the currency in the game, used to purchase customization items as well as other things. Treasure battle pits you not just computer AI, but AI built from real people’s fighting habits, for a natural experience offline.

Customization is huge in Tekken 7. With your fight money, you can buy items for each, individual character, such as New Japan Pro Wrestling’s Bullet Club t-shirt, or ridiculous things like panda hats and ornate dress-wear that would be too big or bulky to fight in. There are multiple slots to store your customizations, so the possibilities are seemingly endless. Funny enough, all of your customization can be taken into ranked matches, something you’d think would be limited. Tekken 7 also spares no expense to show you the lush, complicated history of the Tekken series. You can purchase all prior game cutscenes and see everything that has happened prior to i.

Tekken 7 never ceased to amaze. For a “fighting game”, it has a deep list of features and characters that will have you busy for hours. Thankfully, the fight money comes quick and often to have you customizing your characters the way you want. The story mode is engaging and dramatic in ways it hasn’t been for years, and is almost sad to see this saga end. Tekken 7 embraces its history with humor, seriousness, and respect for all to enjoy.