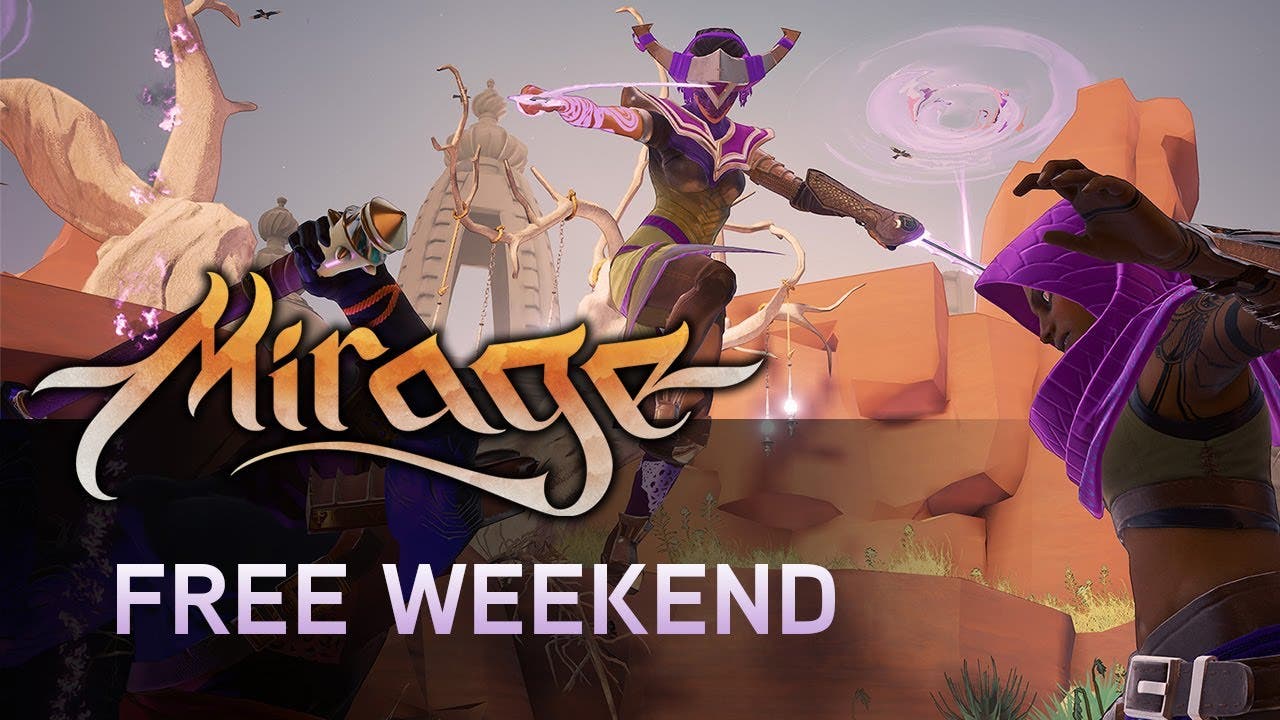 Beginning Thursday, June 8th at 10:00 AM Pacific Time, and running through Sunday, June 11th at 1:00 PM Pacific Time, Mirage: Arcane Warfare – the multiplayer magic and melee game set in a mystical desert world – will be free to play on Steam. During the free weekend, players who have not yet made the plunge into a fantastical world of magic, swordplay, and bloody decapitations can dive in and experience the world of Mirage for free. As an additional bonus, Mirage: Arcane Warfare will be on sale for an additional 10% off during the Free Steam Weekend. Please visit the Mirage: Arcane Warfare Steam page for more details or to download the game.

Originally launched on Steam on May 23rd, Mirage: Arcane Warfare has extensive plans for post-launch content that is due to arrive this July. That first batch of new content will include new powers for Mirage’s warriors, new skins, and two new 3 vs. 3 Arena maps.

More details about the full lineup of new content players can expect in Update 1 are coming soon.

In Mirage: Arcane Warfare, the calm of a strange fantasy world is shattered by ruthless civil war. Warriors armed with steel and magic bring violence and death as they do battle across a fantastical Arabian and Persian-inspired setting of desert sands, market bazaars and grand palaces. Built using the powerful new capabilities of Unreal Engine 4, Mirage: Arcane Warfare presents visually stunning backdrops to some viscerally brutal multiplayer combat.