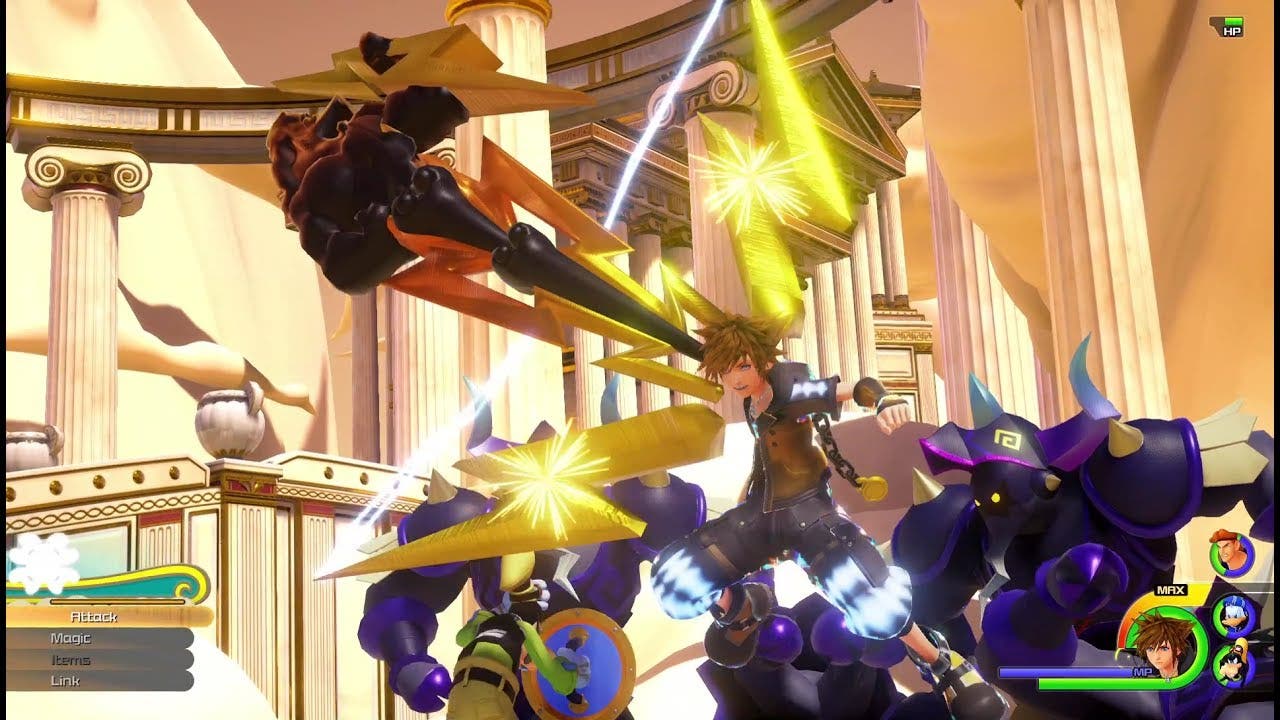 In this action-packed trailer, Sora, Donald Duck and Goofy help Hercules battle various forms of Heartless on Mount Olympus through gorgeous visuals and gameplay. Fans will see Sora in a new form, which allows him to perform special powerful solo and joint attacks on his enemies. A new glimpse into the game’s storyline reveals a reunion with Disney villains Hades, Maleficent and Pete as they discuss the location of a mysterious item while Sora is faced with a dilemma in an effort to bring back an old friend.

Fans can look forward to the unveiling of a new world and new trailer during the D23 Expo on July 15, 2017.

KINGDOM HEARTS III will be available for the Xbox One®, the all-in-one games and entertainment system from Microsoft and the PlayStation®4 computer entertainment system. This title is not yet rated. Please visit the Entertainment Software Rating Board (ESRB) website at www.esrb.org for more information about ratings.