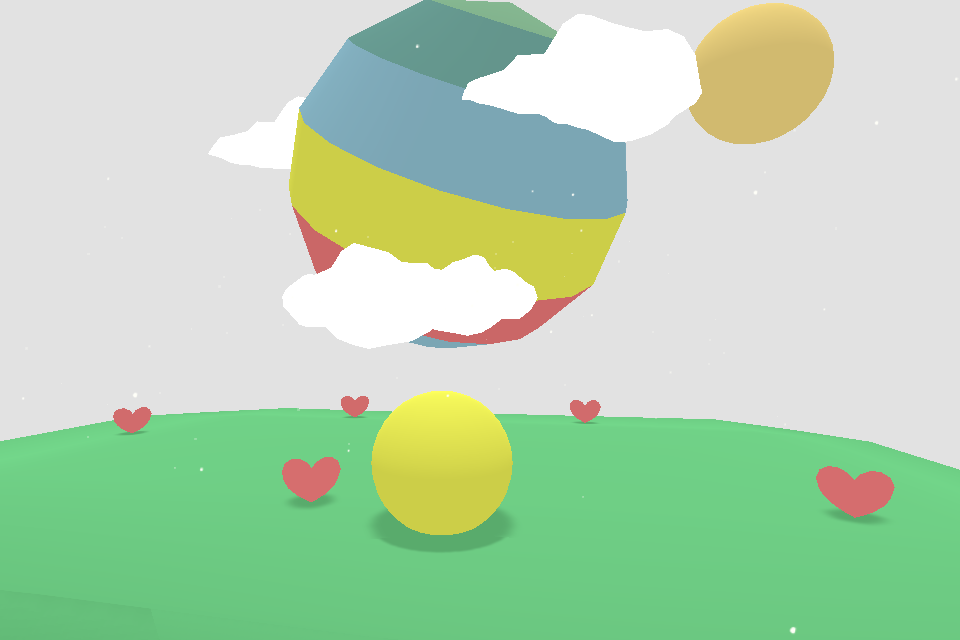 Super Lovely Planet is the third game in a series that started with Lovely Planet and followed by Lovely Planet Arcade, both first-person shooters. This time there’s no shooting at all, and it’s a 3D platformer like Banjo-Kazooie, Super Mario 64, or more recently Yooka-Laylee; except, not like them at all. Super Lovely Planet takes a different approach, one where the conversations are minimal and the gameplay is paramount. The resulting game is somewhat shallow, but provides simple fun in its cutesy worlds.

After some rough menu navigation, you’re dropped into Super Lovely Planet. The game features gorgeous graphics the series is known for, but the game looks improved as a whole over its predecessors. The music accompanies the game so perfectly, as well. From the start, you can chat with NPCs, and in the early areas they only exist to serve tutorial dialogue. In later areas, they don’t really get anymore chatty, but are funny to talk to and get information from.

Super Lovely Planet by looks alone doesn’t seem very hardcore, but this is a precise platformer that requires timing and proper execution in order to do well. To move, there is only jump. You can single jump past bullets or enemies, or you can multi-jump that is somewhat of a run. What the game doesn’t tell you, is that there’s two jump buttons. The primary jump is a short jump from left mouse button or spacebar. If you press right mouse button or shift, you get a high jump. Using each of these distinct jumps will be crucial as you play, but is something you can likely get by without having the knowledge that there’s another jump button. Super Lovely Planet feels very simple. While it is by design, it doesn’t always feel great to play. The jumping is stiff, the enemies don’t move very much, and everything looks so similar. The game does get increasingly difficult as you gain access to new areas, and knowing the difference between the jumps can mean life or death. The stiff and precise jumping is better appreciated in these later areas because of it.

There are collectibles, much like the 3D platformers of old to gather. But the game also times you, so a run through a level will require prioritizing whether you want to get the fastest time, or all the collectibles. It encourages replayability in a curious way, but one that’s not so terrible at least. Levels have shortcuts and secrets amongst them, which helps get faster times, and show you where those pesky collectibles have been hiding. Super Lovely Planet revisits some old locations, but QUICKTEQUILA realizes they have taken the series as far as it can go. And while I’ll miss the Lovely Planet, Super Lovely Planet proves that this was the best decision. There’s some really neat things happening here, but I found the jumping is mostly unsatisfying until later areas, even when I got good at it. Super Lovely Planet features the best music and art yet, and is a joy to play especially when it starts to ramp up.