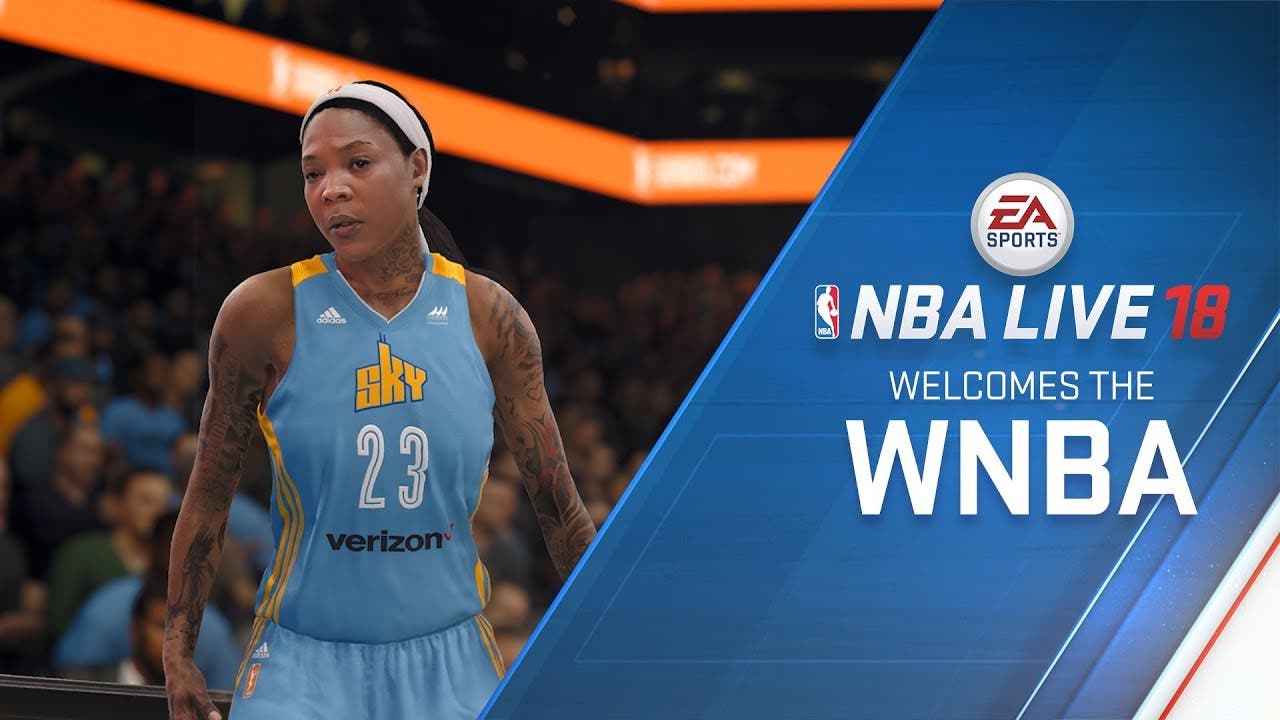 The WNBA will be a big part of NBA LIVE 18

“We are extremely proud to partner with the WNBA and the Women’s National Basketball Players Association (WNBPA) on this groundbreaking occasion,” said NBA LIVE Executive Producer Sean O’Brien. “The WNBA is home to some of the most incredible athletes on the planet, and we’ve been working hard to integrate them into our game in an authentic and meaningful way. This is only a taste of what we have in store, and look forward to working with the league on more great integrations in the franchise in the future.”

“We are delighted to collaborate and make history with EA as NBA LIVE 18 becomes the first video game to feature the WNBA’s full roster of teams and players,” said WNBA President Lisa Borders. “With EA’s expertise and ingenuity, the game will provide a terrific platform to showcase the players and the league, enabling fans to experience the WNBA in a new, exciting way.”

“On behalf of the players, we believe that combining technology and entertainment is a powerful way to not only recognize and value our brand of basketball but to also increase fan connectivity and engagement,” said Nneka Ogwumike, WNBPA President/LA Sparks.

In order to incorporate the league’s teams and players, the NBA LIVE 18 team conducted head scans of star athletes like Maya Moore, Brittney Griner, Diana Taurasi, Tina Charles, Sylvia Fowles, Alisha Gray, Chelsea Gray, Jonquel Jones, and Alyssa Thomas, and held motion capture sessions with 2017 WNBA Draft first overall pick, Kelsey Plum, among others. Additionally, game creators fine-tuned player ratings and skill moves in order to present the league and its stars in the most authentic way possible. Fans will be able to experience the best of the WNBA when NBA LIVE 18 launches this Fall.

NBA LIVE 18 is developed by EA Tiburon and will be available worldwide this September for Xbox One and PlayStation 4.

EA Access members receive a 10 percent discount** when they purchase a digital version of NBA LIVE 18 on Xbox Live.