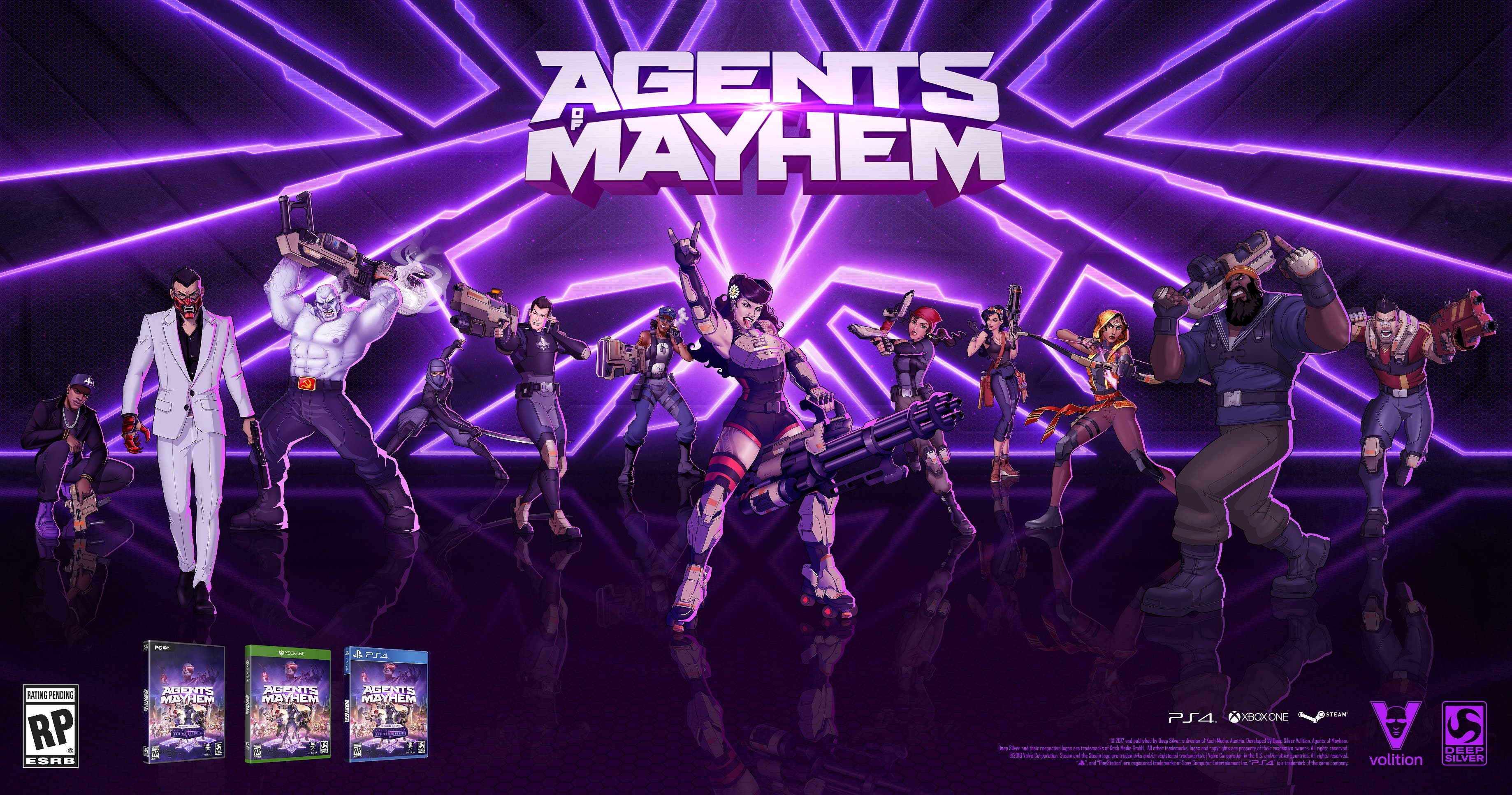 Deep Silver Volition took the Saints Row series as far as it could go through space and time. In its wake, we get Agents of Mayhem. While it’s a bit misguided with its own open-world design, Agents of Mayhem has flashes of greatness throughout the story arc. In addition, a myriad of interesting and diverse characters gives Agents of Mayhem room to grow and expand, but this initial entry leaves something to be desired, and not for a lack of trying. Agents of Mayhem takes place after one of the endings to Saints Row: Gat Out of Hell, where the universe of Saints Row is retconned. This is why Johnny Gat (as pre-order DLC) appears, because in that universe he becomes a lieutenant of the Seoul Police Force. On a larger scale, this matters very little, but those looking for the connections will want to know. Agents of Mayhem is Saints Row, but not: the purple, the vulgarity, and the Fleur-de-lis all over the place all have the makings of a Saints Row game, but instead, you’re part of a task force that’s reminiscent of G.I. Joe. in the city of Seoul, South Korea.

The G.I. Joe aspect is further exemplified with the Agent of Mayhem‘s animated cut-scenes which are impeccably done, and incredibly well-realized. From the campaign cutscenes to the individual character ones, there’s a lot of great animation, voice acting, and storytelling here. It has a great Saturday morning cartoon vibe, powered by the weight of comic books. This is a conflict of M.A.Y.H.E.M. (the good guys) versus L.E.G.I.O.N. (the bad guys). Why would a police force be named “mayhem”? The game doesn’t know either, but thankfully the villains and lieutenants are delightfully psychotic to cement their evilness. The game suffers one hell of an identity crisis. There’s elements of multiplayer, coop, hero shooters, open-world sandbox, and pure action that can’t stay focused enough to be any one thing. Early on you start with three agents, quite possibly the most boring three of the twelve (thirteen if you count Johnny Gat). Hollywood is an over-the-top Johnny Cage type of character who is self-absorbed and fires an assault rifle and has a mayhem ability to cause explosions only after he puts on his sunglasses. Hardtack is a shotgun wielding former US Navy Petty Officer whose mayhem ability lets them lob mines ad infinitum. Lastly, is Fortune who has dual pistols and stuns enemies for lengthy periods as her mayhem ability. They are cool at first, but pale in comparison as you work to unlock new agents and see that the better and more exciting ones were saved for later. There’s no real explanation why there’s twelve agents to choose from, why you’d mix and match them, or why you can hot swap between three agents at a time. It screams that there was to be multiplayer modes to better accommodate this. Now, there’s some real cool interplay, where one can stun or make vulnerable while one with more powerful ammo can capitalize on this to do massive damage.

Each character has a triple jump, and fall damage doesn’t exist. There’s also a dash move that some characters have, but not all. In addition, like any open-world game from Volition and many that have come before, you can steal cars to get to your marked destination. Mayhem also possesses vehicles that can be called in at almost anytime and have agency benefits that make their use more rewarding. To get more, you’ll have to collect blueprints which are randomly dropped from opening chests strewn about the city. With this, it can feel like a bit of chance to find what you’re looking for to get a new car. As you progress throughout the game, you’ll be able to customize your agents, and improve their skills as they level up (each individually). Oddly, Agents of Mayhem doesn’t make you feel empowered which each new level, there’s too many trade-offs with active and passive skills. Each decision feels like an even trade rather than a proper upgrade. The game is good at giving you a challenge, by offering fifteen difficulty levels that increase their rewards that are distributed.

At any time, you can return to home base called “ARK”, which is awfully similar to the Avengers S.H.I.E.L.D. base. Loading to ARK with the GI Joe “Mayhem Knows” stingers. It’s here you’re shown the Agency level, percentage of completion, and what left there is to do. Here you’ll be able to collect cash on properties you’re protecting, and even send agents on missions like in Assassin’s Creed Brotherhood. When playing, I never understood why I would choose a mission from the ARK, wait for it to load the open world, then task me to drive or get to the marker to actually start it. Character missions where you can unlock new playable heroes all have the same skeleton – they’re almost exactly interchangeable because except for the missions where you are the character about to be recruited, every mission is designed for every combination of character to be in it. There are LEGION lairs that can be overtaken, but these lairs are repeated ad nasueum too.

Seoul looks great but doesn’t have a soul of its own like Stilwater or Steelport. Pedestrians are mute, the city is empty, and most of the cars are noiseless because they are electric-powered. There’s some radio in the game, but the lack of out of car music really exaggerates the quietness the game often exudes. There’s plenty to do in the open-world, but a lot of the tasks repeat to a degree of grinding. Generally, Agents of Mayhem runs pretty well. It does have some nasty pop-in with a PC using maximum settings. On the agent selection screen, a “NEW” box always presents itself where there is nothing new. Other than that, the game looks and plays great. Save for the pop-in, the game is a big improvement over the Saints Row series and looks like a current-generation game.

Agents of Mayhem fumbles more than it carries the ball forward for open-world games. There’s fun to be had, but with less frequency than its alternate universe brother, Saints Row. With this, Agents of Mayhem 2 needs to be more focused, and can be the revolution that Saints Row 2 was if they are to amp up the ridiculous and lean in heavier to the comedy that doesn’t rely on cheap jokes and vulgarity to get the point across. For what it is, Agents of Mayhem delivers an action-oriented shooter with lots of playable characters for interesting mix ‘n’ matching that falls short on gameplay and story, but has plenty to do to keep you occupied.