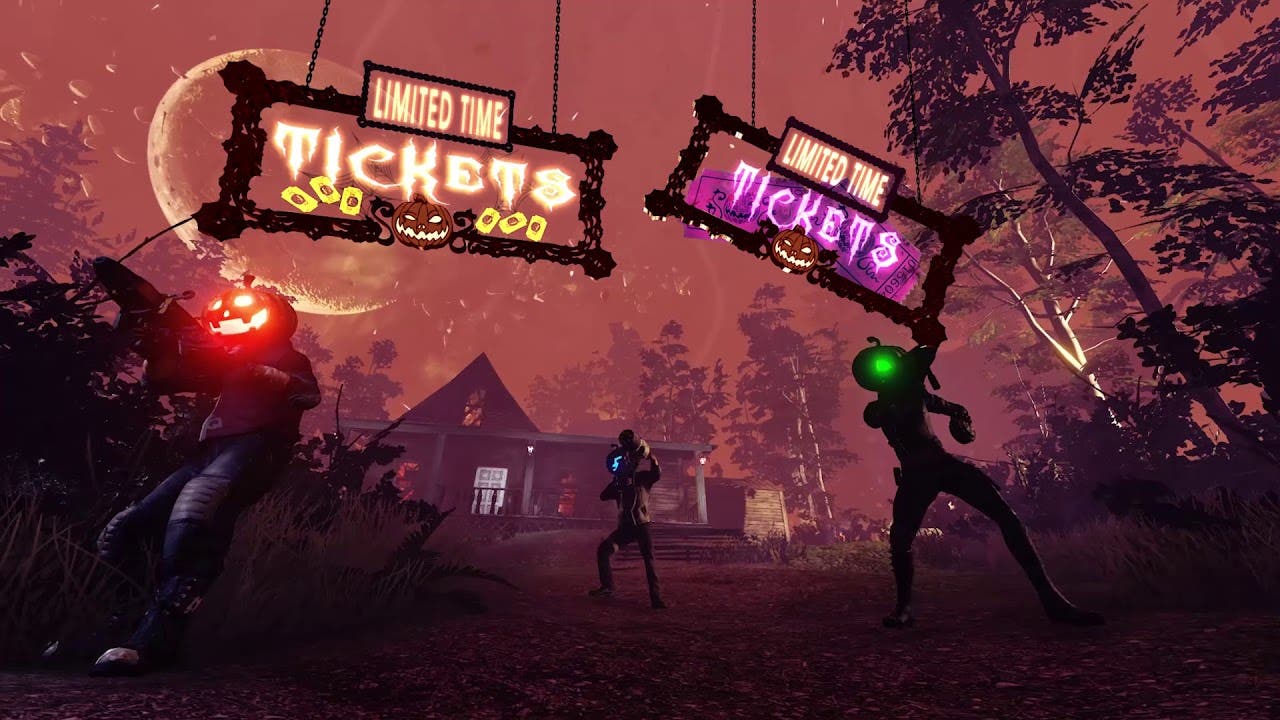 Tripwire Interactive is pleased to announce that a brand-new free update for their successful co-op sci-fi horror FPS game, KILLING FLOOR 2, is available now for PC via Steam, and the PlayStation®4 and PlayStation®4 Pro computer entertainment systems. The update will be coming to Xbox One, the all-in-one games and entertainment system from Microsoft next week on October 24. The Halloween-themed KILLING FLOOR 2: Halloween Horrors Content Pack is the first content release for Xbox One players and marks the beginning of the studios’ post launch content support for KILLING FLOOR 2 on all three platforms. The KILLING FLOOR 2: Halloween Horrors Content Pack is stacked with treats, not tricks, delivering a brand-new map, new weapons, a returning enemy and boss, limited-time Halloween themed items, a brand new Daily Mission and Dosh Vault system to reward dedicated players for their time invested in playing the game online with others!

The KILLING FLOOR 2: Halloween Horrors Content Pack brings the appropriately named “Holdout- style” Nightmare map to KILLING FLOOR 2 just in time for Halloween. Players will enter into the level and find themselves in a random set up rooms, each themed after a different nightmare or phobia, challenging them to conquer their fears and the attacking Zeds simultaneously. For the best experience players are encouraged to turn the lights off and wear headphones…if they dare.

Brutal new weapons and returning enemies have been added to KILLING FLOOR 2 with this update, giving players more ways, and types of enemies, to shoot, eviscerate, and explode. Medics will be will get much more “hands on” with Zeds with the new Hemogoblin, a new melee range weapon that uses drill, and cutting edge technology, to drain Zeds of their blood and leaving cadaverous corpses in their wake. Players looking for a more explosive way to deal with Zeds will get their wish with the Seeker Six, a Demolition perk rocket launcher featuring the capability to lock on to enemies and fire multiple rockets simultaneously. In response to player feedback the team is adding the King Fleshpound boss and Quarter Pound enemies from the Poundemonium Weekly Outbreak mode to the regular survival mode, just in time to test out the new weapons. These enemies have been rebalanced for the survival mode, though their original versions will remain in the Poundemonium game mode.

Tripwire is also including the brand new Daily Mission and Dosh Vault system, rewarding both occasional and dedicated players alike for their time spent playing KILLING FLOOR 2. Players will receive a random set of daily missions each day, earning Vault Dosh for completing them. Unlike Dosh, which is used to purchase items during matches, Vault Dosh accumulates in player’s accounts and cannot be used during matches. When various Vault Dosh milestones are reached players will be rewarded with free Vault Crates containing cosmetic items, so get in-game and start earning that Vault Dosh!

Available now with the release of the KILLING FLOOR 2: Halloween Horrors Content Pack, players will be able to further explore the terrifying world of KILLING FLOOR 2 with brand new features. A full detailed list of all content additions, bug fixes and tuning can be found on the Tripwire Official KILLING FLOOR 2 Forums.