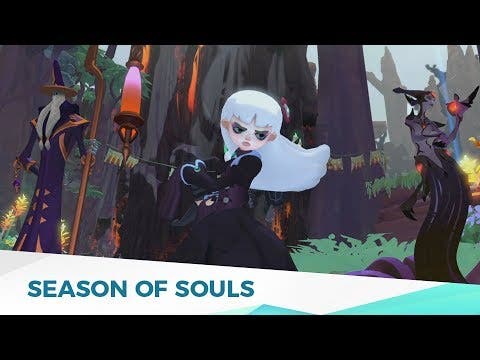 Gigantic readies for Halloween with “Season of Souls” update today

With today’s update, players can control Ezren Ghal, a caster hero wielding necromantic powers to damage his opponents, collect souls and trade them for powerful abilities. The new hero twists the very being of his foes by draining souls in combat, which can be turned against enemies as devastating ability attacks. The brand-new map, Ember Grove, sets the stage for this fiendish update, bringing a dense and mysterious battleground to Gigantic’s map rotation. Ancient and home to bugwitches, this new map offers verticality, as well as nooks and crannies to outmaneuver other players.

Additional features available with the Season of Souls update include:

All skins and content for Season of Souls are available now, along with a spooky skin bundle – Grim Repertoire!

Gigantic is a free-to-play strategic hero shooter developed by Motiga. Gorgeously rendered, light-hearted and charming, Gigantic is for all types of gamers, pitting teams of five heroes and their massive Guardians against each other in epic battles across a variety of maps. The game combines explosive combat with fast-paced teamwork, strategy and skill, as players must work together and fight relentlessly to defeat the opposing Guardian with spells, guns and swords.