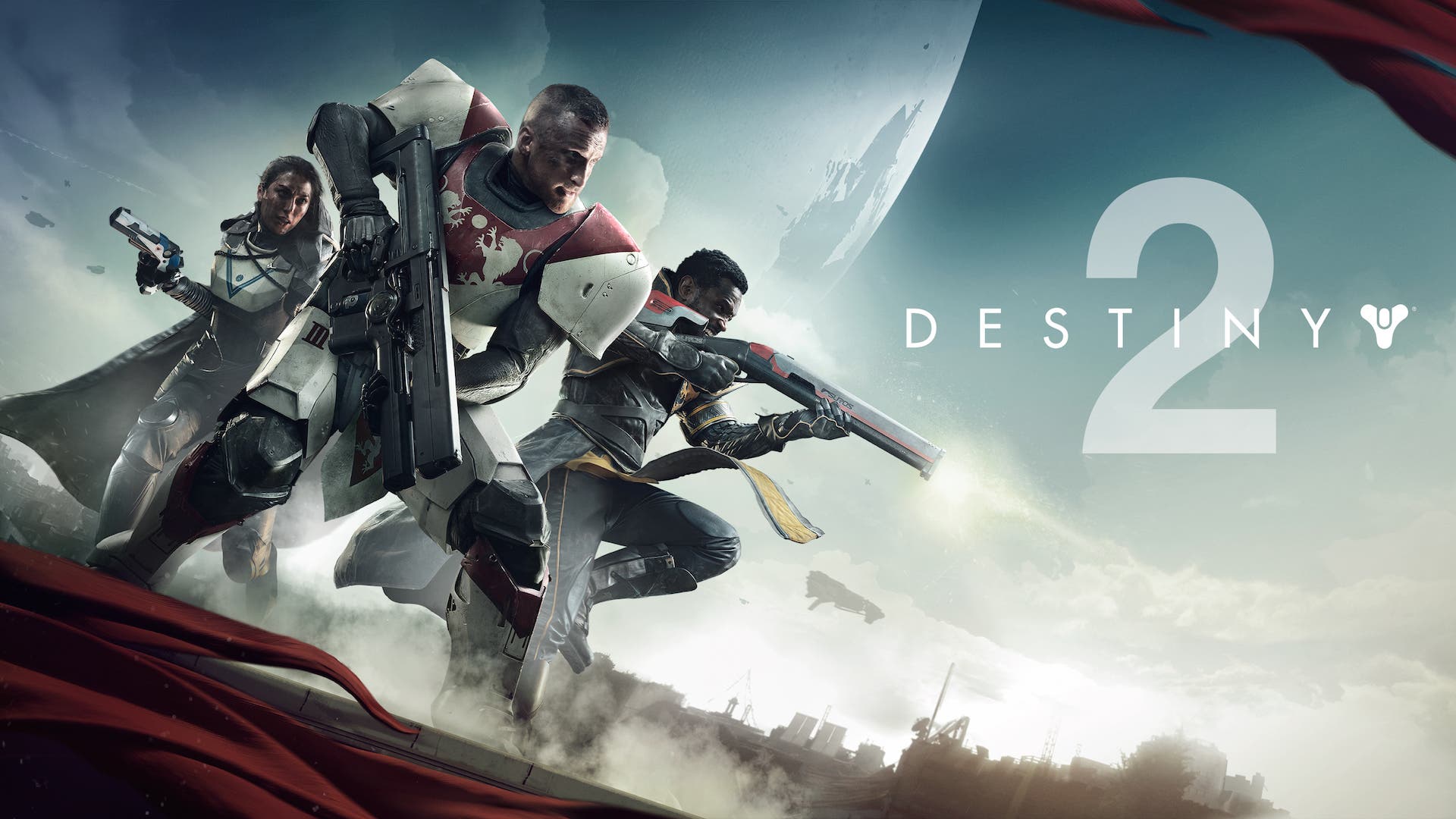 Destiny had some growing pains when it first released. From light to currencies to content, the original Destiny had issues that a lot of people couldn’t ignore. I waded through all of that and came away having a blast with the game. It’s been a mainstay on my PS4 and you could easily find me on any random night just hovering around on my sparrow movin’ and shootin’. But now Destiny 2 is here to carry on the legacy. Is it hindered by the mistakes of the past or does Destiny 2 break free of it’s darkness and soar into the light? Right off the bat, Destiny 2 hits the ground running with a strong story, quite the departure from the first game. Sure, there was the underlying story of the Darkness. We also got introduced to the four different enemy types, but a lot of people felt as if there was little to tell. Adding fuel to that fire was the fact that the game ended with no real answers given. You destroy a robotic floating blob then the mysterious robot lady gives you a few words and a gun that will be underpowered very quickly. Ok? Who’s the Darkness, Who does robot lady work for? What’s really going on with this floating ball? Destiny 2 fixes a lot of that even if it doesn’t answer any of the past questions. Destiny 2 utilizes the series recognizable characters like Zavala, Ikora Rey, and the ever loving Cayde-6 to help craft a new chapter in the story. They’re fleshed out as individuals rather than simple mission givers, as they were in the first Destiny. Along the way we’re introduce to new allies and foes to fight, expanding on the deep Destiny lore.

Destiny 2 starts us off with a “new” enemy with a face. Something tangible that you can say, “yeah I’m going to take him down”, unlike the Darkness which was rather vague. The Last City is falling to the hands of Dominus Ghaul of the Cabal Empire’s Red Legion. His ultimate goal in this invasion is to take the Traveler and steal its Light for himself. After a short pre-mission to the actual game, Ghaul succeeds in capturing the traveler and all of the Guardians lose their light. The Last City falls and humanity is forced to scatter. If you’re coming into this as a veteran of the original Destiny, you’ll find that your character can be imported into 2. Unfortunately none of your armor or equipment carries over. You’ll start fresh. This was a huge turnoff for me at first because of all the time spent acquiring the gear in the original. With the Last City falling into the hands of the enemy and guardians losing their light, they do make a good story case for why you don’t have access to that stuff anymore. In hindsight it was actually for the better. Everything felt fresh and the itch to hunt for more loot was better off without being tied to old items.

No new classes were introduced so you still have Hunters, Titans, and Warlocks. They did replace one subclass out of each to give the players some new variety. Hunters get Arcstrider, Titans the Sentinel, and Dawnblade for the Warlocks. You wont wait long to try the new subclasses out as they are your starting subclass to use. Each class still feels the same from original Destiny, so if you have a favorite cough Hunters cough they will play as you’ve come to know them. There are no returning worlds in Destiny 2, every landscape is new. The way these new worlds are modeled, they feel like Bungie took the design direction of the Dreadnaught from the first Destiny’s Taken King expansion. The areas feel tighter and not as open as places like the Cosmodrome or Mars were. It’s most evident on Titan where you’re jumping from construction barge to construction barge. The worlds don’t seem built to ride a sparrow in, which to save you some confusion, you won’t get access to until you’ve completed the main story. I’m just hoping for some new worlds as DLC. Possibly a release of the old worlds to help give some added variety too.

There are improvements in Destiny 2 other than story. Side quests and patrols feel more engaging, with some slight story elements peppered in this time around. It helps to build a deeper narrative than the old patrols from the first game. When you want to head off to a new world to do activities, you won’t have to hop back into orbit anymore. You can just bring up the director and go right from there. It’s a small change but one that pays off big time. You can even fast travel to different starting locations within each world for even more time saving. Destiny 2 does a great job of respecting your time more in this regard. Speaking of time, Destiny 2 is still quite the grind. The loot drop rate seems plentiful and so far have been worthwhile. Weapons are now sorted into a new set of three groupings; Kinetic, Energy, and Power. Kinetic weapons are any weapon with no elemental power while the Energy slot is reserved for weapons that do have one of the three elementals, Arc, Solar, or Void. This leads to situations where you can have any two of the same model of weapon equipped at any time. If you got a Kinetic Handcannon and an Elemental one, you can equip both! Before you had to choose between picking a Scout Rifle or a Auto Rifle in the primary slot, now as long as one of them is an elemental, you can use both. It’s an interesting change that I genuinely approve of, mainly for the fact that I love Handcannons and Scout Rifles.

Along with weapons, you’ll have new loot to accrue through drops or shops. Mods can be acquired to enhance your weapons. They’ll give them certain abilities or improve stats. It’s a creative way of giving your character more personalization and fine tune them to play to your strengths. You’ll also get shader drops to color your characters and even ships now. On your gear, you’ll be able to pick and choose which color goes to which piece, giving you even more control in how you want to represent yourself. The huge crushing blow here is that the shaders are disposable. In the original Destiny, you would be able to switch back and forth between color schemes at will. Destiny 2 only gives you one use. It’s a terrible change that leads to people like myself, not wanting to use any of the shaders. It’s constantly in the back of my mind that the moment I burn one, I’ll get new equipment that’s better or better looking. If you don’t have any more saved up, you’ll have to go hunting for more, wasting time in the process. Some of this is negated the closer you get to the level cap, as it becomes harder to get higher level gear. For that you’ll need to hop into Raids and Nightfalls, some of the hardest missions a Destiny game can thrust at you. Destiny 2 is definitely more Destiny, and it’s Destiny done well. The story is fun and more engaging, the worlds are gorgeous albeit tighter than I would like, and having the ability to hop to another world from anywhere is a huge improvement. There’s plenty of loot to find while playing any of the campaign missions, side-quests, and community events. If it weren’t for the shader system, Bungie would have hit a grand slam, but for right now, I can settle for a home run.