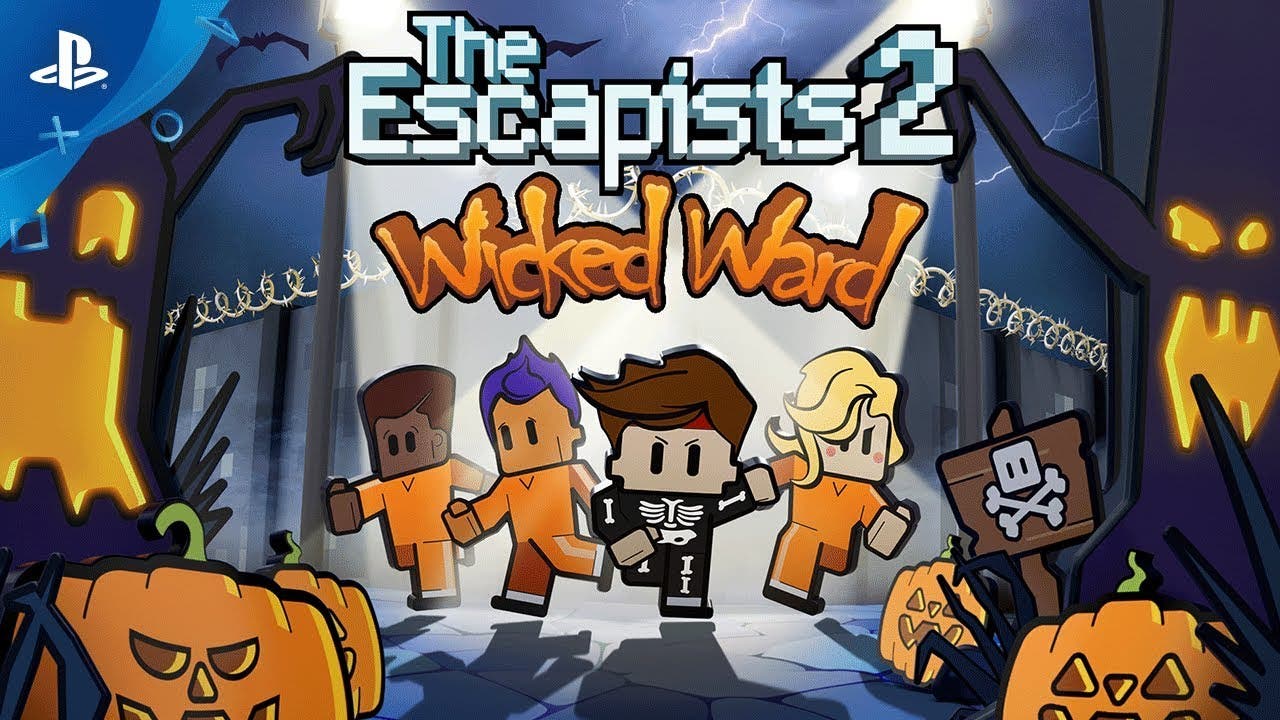 Award-winning international games label Team17 is excited to reveal a new spooky prison for their sandbox escape hit The Escapists 2. The Wicked Ward DLC is out now for Xbox One, PlayStation 4 and PC.

Things have taken an odd turn in the locked off wings of an abandoned hospital. A mad scientist and his hoard of undead guard their terror-tory within the gothic halls. Outside an ominous sky of thunder, rain and lightning blankets the surrounding woods. Once again, you’ll have to craft, fight and scheme your way to freedom from this spooky supernatural slammer. Your ghoul is to escape at all costs!

NOTE: The Wicked Ward DLC requires The Escapists 2 to play. The Escapists 2 is out now for Xbox One, PlayStation 4 and PC, Mac and Linux via Steam. A Nintendo Switch™ version is currently in development.