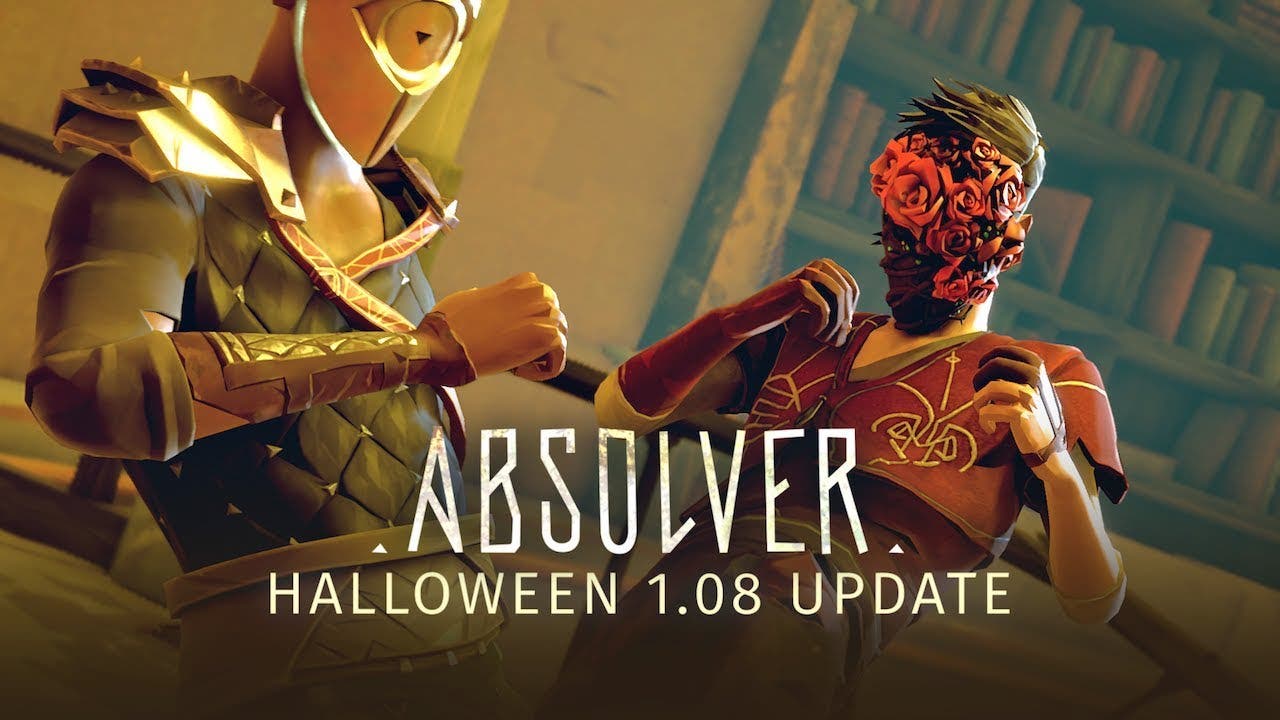 Independent developer Sloclap and the salty brawlers of Devolver Digital have released the next major update to Absolver (1.08) that includes a new prestige level system, four new equipment sets, nine new masks and the oft requested ‘bald’ hair style. The new update arrives alongside a limited time Halloween event that changes all 1v1 maps to take place at night and gives each of the game’s six Marked Ones their own Halloween-themed masks for players to collect. Absolver is 20% off on Steam during the annual Halloween Sale [store.steampowered.com/app/473690/Absolver/].

The new prestige system adds in new progression levels beyond Level 60 and adds in several new sub systems for advanced players to continue upgrading their Absolver. Rift Coins and Rift Disks replace random loot drops in Combat Trials and can be traded in for more rare equipment and weapons while Crystals are awarded at each new Prestige Level and can be used to reset attribute points and acquire Rift Disks. Additionally, players can now better manage their inventory with new sorting, salvaging and repairing options.

The latest update also includes new equipment and nine new masks, including six Halloween masks bestowed to the game’s Marked Ones boss characters that players can fight to retrieve in a very rough game of trick or treat. Other updates include a night mode for versus maps during the Halloween holiday, a bald option for player characters, and miscellaneous gameplay tweaks requested by the community since the last update.

Absolver launched on August 29 for PC and PlayStation 4, going on to become Devolver Digital’s largest game launch to date with more than 250,000 units sold across all platforms. Sloclap and Devolver Digital plan to continue to address any technical issues reported by the community while delivering a steady stream of new gameplay modes, features, and additions to Absolver’s deep Combat Deck. For more information on Absolver visit absolver.com and follow @Absolver on Twitter.