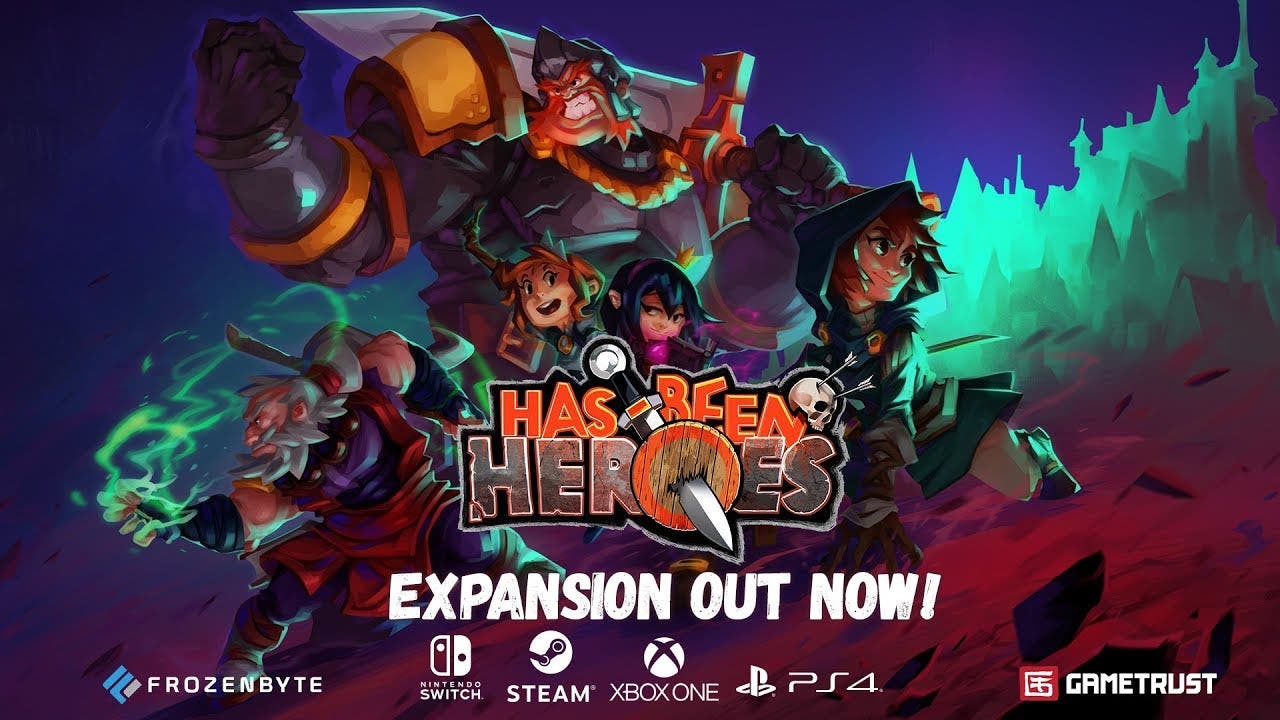 Frozenbyte and GameTrust give Has-Been Heroes a Massive Free Expansion

Has-Been Heroes, the challenging roguelike game of strategy and action from Frozenbyte and GameTrust has just received a massive free expansion pack!

The expansion adds tons of new content for players to discover and includes the Trine heroes – Amadeus the Wizard, Pontius the Knight, and Zoya the Thief – as playable characters once you have unlocked the Epic Quest mode. The Epic Quest mode will be a true test of skill for the most veteran players as the heroes have no starting spells! Complete with custom animations (Amadeus attacks with a box!) and beautiful 2D visuals in the style of Has-Been Heroes, the Trine heroes definitely need to perform some heroic deeds to complete this quest from another universe!

The expansion also adds a new region to the main game called the Sky Temple. Each Sky Temple run will include unique twists, new enemies and new bosses!

Updates to the main game include:

For players looking for another challenge, the expansion pack also brings two new game modes: “Challenge Mode” and “Seed Mode.” Challenge mode is a single difficult battle with pre-set loadout of characters, items, and spells. By completing a Challenge players unlock a new Young Hero. Seed mode allows players to share a seed number with friends and play the exact same game/run with a timer upon completion. Use this to host a competition between you and your friends and compare strategy.