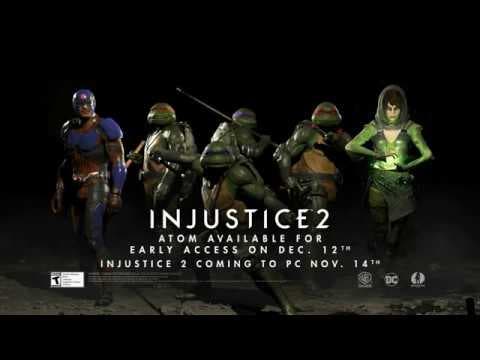 Injustice 2 will be coming to PC (Steam and the Microsoft Store) on Nov. 14, with all previously released DLC for console available for purchase.  Hellboy will be available for PC players at a later time.