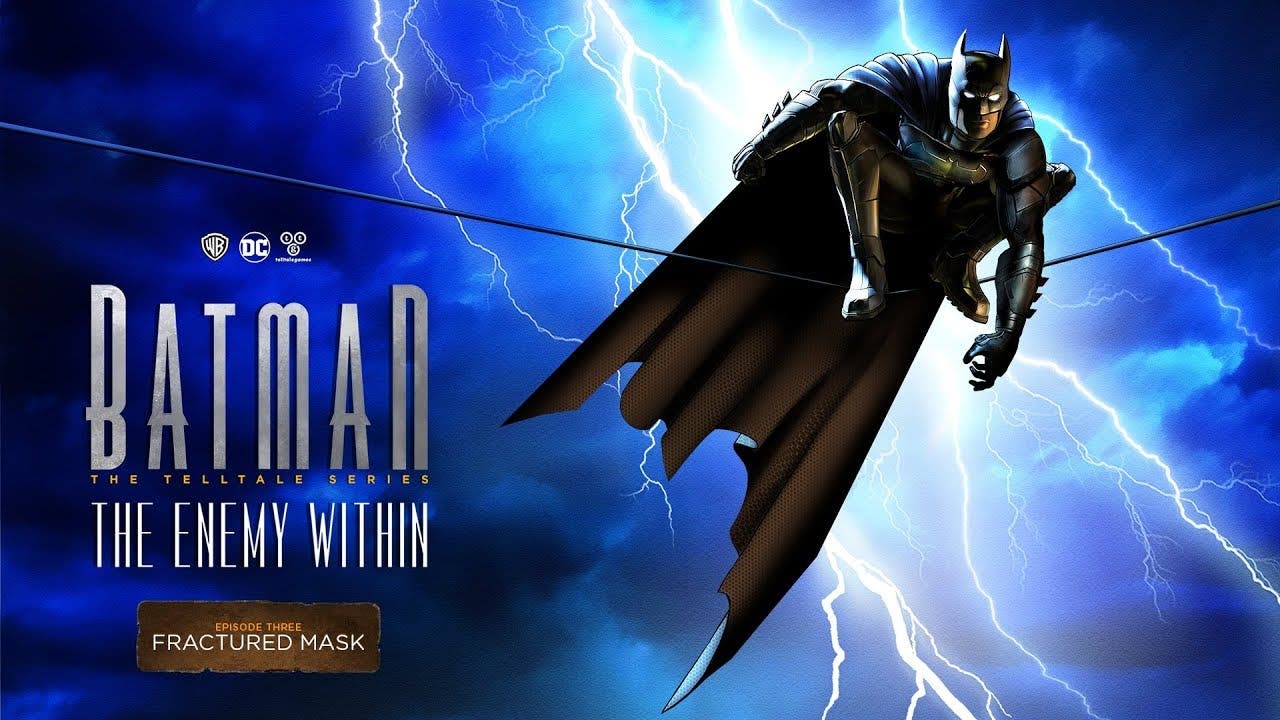 Batman: The Enemy Within – Episode 3 ‘Fractured Mask’ trailer drops ahead of release

Today we are excited to share the official trailer for episode three of Batman: The Enemy Within, the ongoing five-part episodic game series that continues Telltale’s unique take on the World’s Greatest Detective. You can download the trailer by following the links above. Episode three, ‘Fractured Mask,’ launches November 21 on Xbox One, PlayStation 4, PC, Mac, and mobile.

After an unexpected reunion, Bruce finds his attention (and his loyalties) stretched in yet another direction. Now, in addition to brokering a power struggle between Commissioner Gordon and Amanda Waller, Bruce must balance romantic entanglements with his mission to infiltrate the Pact. As he plunges deeper into the criminal underworld, the villains’ plan starts to come into focus, but will his deceptions take a dire toll?

Rendered to look like a living, breathing comic book, Telltale’s vision of Batman features an award-winning cast of talent including Troy Baker, who returns to reprise his role as Bruce Wayne, as well as Anthony Ingruber, who reprises his fresh take on ‘John Doe,’ better known to fans as The Joker.

This new season is intended to be accessible to both returning fans and newcomers alike, though players’ choices from the first season of Batman: The Telltale Series will optionally carry over into The Enemy Within. This season also includes Telltale’s unique multiplayer ‘Crowd Play’ feature, which allows friends and family to engage with the adventure together by helping to decide the direction of the story from any mobile device with an internet connection.

A special ‘Season Pass Disc’ for Xbox One and PlayStation 4 is currently available at retailers across North America and Europe. The disc includes the first episode of the season, as well as download access to all subsequent episodes as they are released.

Batman: The Enemy Within is a standalone product separate from the first season of Batman – The Telltale Series. Both products are licensed by Warner Bros. Interactive Entertainment and based on DC’s iconic character. Episode three, ‘Fractured Mask,’ has been rated ‘Teen’ by the ESRB.