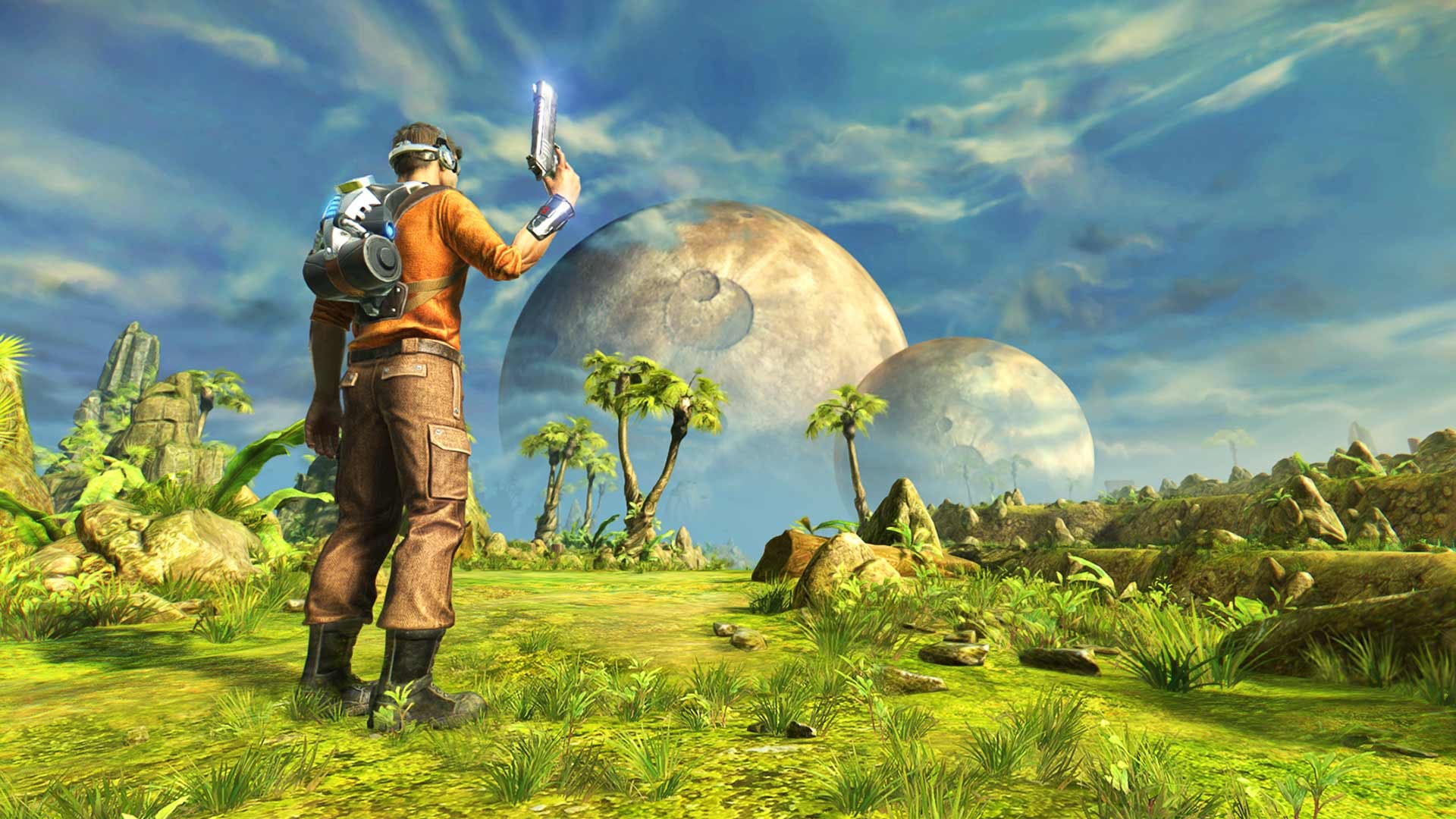 Taking control of Cutter Slade, players are thrust into an alien world filled with discovery and weird looking creatures. Slade is exploring this world in attempt to save his own and it’s a plot worthy of most sci-fi shenanigans.The biggest update in this new release is the visuals. While the original had a great new tech that displayed this new 3-D world to explore, the new game takes that same style and improves upon it greatly. This is the only area with any improvements from the original as almost everything else is a complete reskin of old controls and in some cases the same assets being used.

For example, all the dialog is lifted straight from the base game, so it ultimately sounds low quality and of weaker quality than we’re used to.  It’s a bit off putting at first but when I realized why it was this way, it made sense. Controls are still extremely stiff and with combat and shooting feeling extremely narrow and limiting. Jumping, if I can call it that, is very short and attempting to climb up and over anything more than waist high is a struggle. A change in how Outcast played would have been a huge boost to give players today a chance to experience Outcast in a new way and still retain the look and feel. Instead we get a slightly improved visual style and that’s about it. 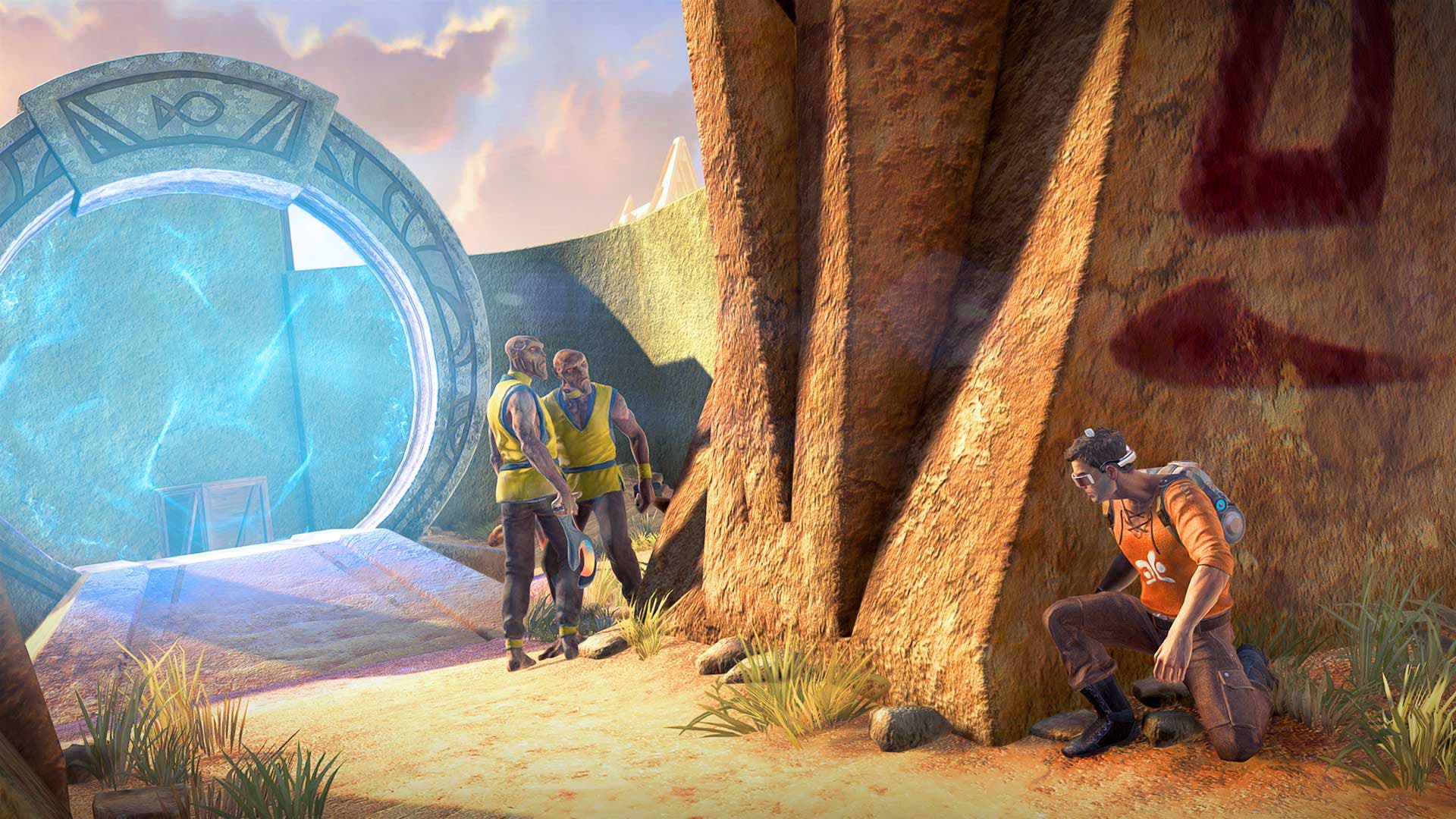 Outcast isn’t so much a remake but a remaster. It has all the old parts and pieces of the original in so many ways and that immediately makes it feel dated. That brings with it a mixed message. If this was meant to attract newcomers to the series, I think it ultimately fails as there has been almost no improvement to help ease players into this. Instead this feels to just update fans with a better looking game and it definitely accomplishes that. The combat, platforming, and quest finding is all frustratingly dated and in essence difficult. I’m not saying the game needs to hold players hands but a little bit of path finding or points toward the right direction would help and the only way players get that is by asking the friendly aliens where specific things are. The hard parts comes in selecting from a huge list of choices and remember which is which. Outcast Second Contact is a neat idea and one that I wish brought Outcast updated mechanics and controls. Instead of being something that can bring in new fans, it feels like an attempt to just update the visuals and that’s it. New updates to all these features, new voice acting, and perhaps some more ease of use and quality of life improvements could have gone a long way to making this more than it is. As it stands, it’s a fascinating look at an old game with new visuals and that’s about it. The game hugely impacted and helped shape and mold what we have known to become open world games, but it’s not caught up yet with all the new improvements in today’s standards for this release. If a sequel does ever see the light of day, I’d love to see how they can actually refine and perhaps mold new open world games into become something more. If the first game could help start a genre, let’s see if a second one could improve and rejuvenate it. Outcast Second Contact is an experience most will likely want to leave in the past, new visual upgrades or not.