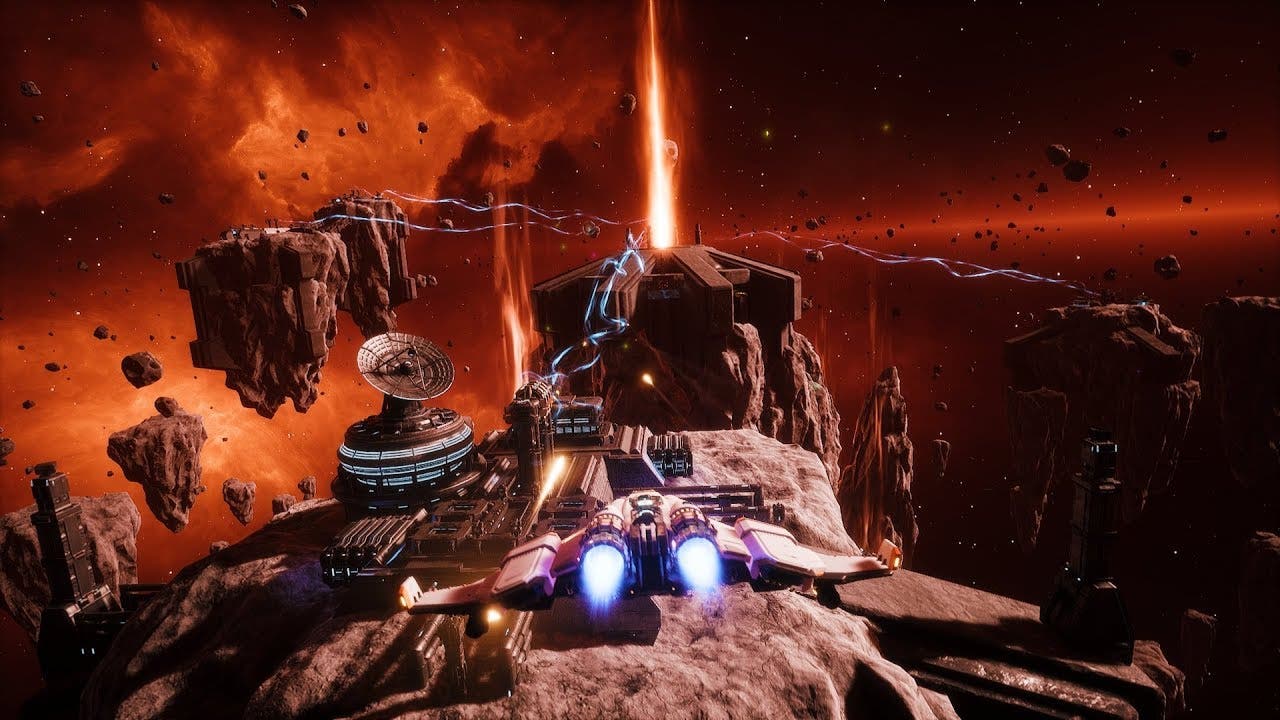 Today, Hamburg-based indie developer ROCKFISH Games launch the standalone Hardcore Mode for EVERSPACE™ players on Xbox One and the Windows 10 Store. This free update to the arcadey roguelike 3D space shooter (Xbox Metacritic 84) provides a brand new challenge for pilots who have successfully surmounted every obstacle the game has thrown at them. Rather than merely being a maddening new difficulty level for the game’s primary story, Hardcore Mode comes in the form of a brand new, standalone experience.

Doing away with the precious permanent ship improvements players have unlocked with credits earned from each run in the normal game mode, Hardcore Mode runs begin with a fixed set of perks that can only be upgraded as sectors are completed. Adding to the constant sense of danger this squishiness affords, players will have to chose from a series of “handicap” modifiers each time they enter a new sector. This could be anything from fuel leaking, combat not pausing while repairing or crafting items, jump suppressors in every location, or even a peculiar retro game mode with visual and sound effects like it’s 1991, again.

This means players will have to contend with more than just their hostile surroundings as they fight tooth and nail on their way to Hardcore Mode’s revamped end sector and final battle. Those who played EVERSPACE as part of Xbox Game Preview may even notice some familiar mechanics in the new final battle, given fans’ passion for a gone-but-not-forgotten encounter from the game’s early days, but it wouldn’t be Hardcore Mode without there being a healthy number of twists.

Whether it’s veteran pilots looking for a challenge worthy of their flight chops, or returning pilots looking to face down some space-faring punishment, EVERSPACE’s Hardcore Mode offers a fresh experience on Xbox One and Windows 10 that’s sure to keep players looking over their shoulders.

“We are excited about Hardcore Mode bringing a fresh challenge to veteran Everspace pilots on Xbox One and Windows 10 including continued XPA support,” said Chris Charla, Director ID@Xbox at Microsoft. “Everspace has come a long way since it launched as Xbox Game Preview more than a year ago and we can’t wait to hear what else Rockfish got up their sleeves for the future of Everspace.”

“By releasing Hardcore Mode on Xbox One, we successfully delivered on our last remaining promise from our Kickstarter in 2015,” said Michael Schade, CEO and co-founder of ROCKFISH Games. “But, there is even more to come. Currently, we are migrating the project to Unreal Engine 4.17 to support Xbox One X in native 4K resolution It will come as another free upgrade right in time when the highly-anticipated EVERSPACE – Encounters add-on will be released on the entire Xbox One family of devices in Q1 next year.”