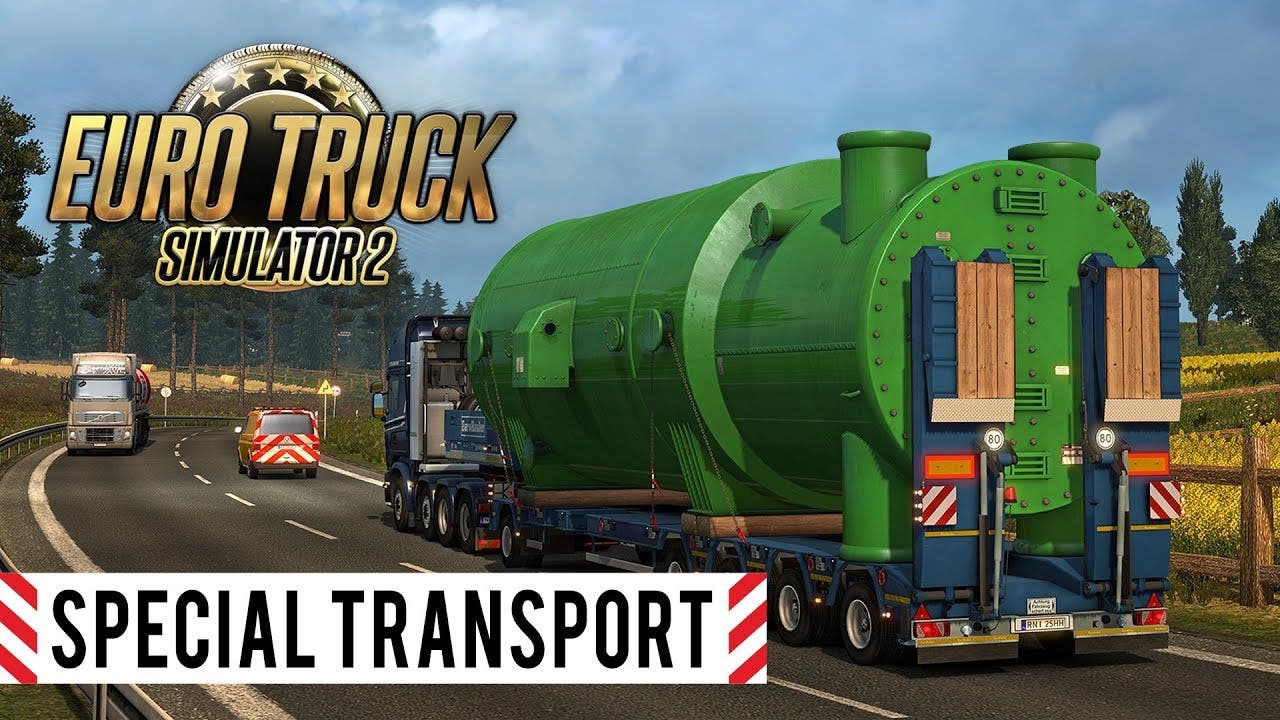 Only the most skilled and experienced truck drivers are called to perform Special Transport jobs. The new DLC will challenge the players and let them experience super-sized cargoes with length and width exceeding standard cargo regulations. Driving through tight passages requires millimeter-precision maneuvering!

The routes will be secured by two escort vehicles guiding the driver through the transport job from its start to the place of delivery. The player has to obey the escort vehicles’ advice and carefully watch for every inch of the road to deliver the cargo in pristine condition.