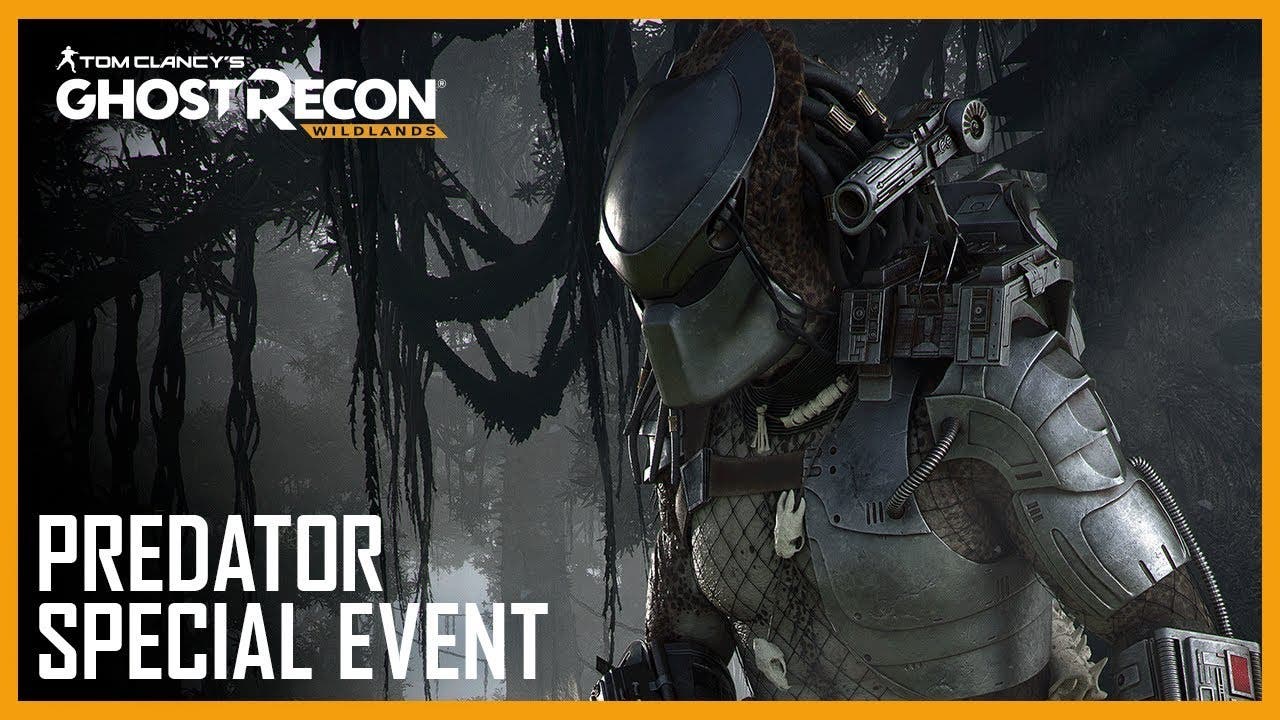 Today, Ubisoft® announced a partnership with FoxNext Games that will bring exclusive Predator content to Tom Clancy’s Ghost Recon Wildlands with the release of the Jungle Storm update on PlayStation®4 computer entertainment system, Xbox One and PC on December 14. Celebrating the 30th anniversary of the original Predator movie, Tom Clancy’s Ghost Recon Wildlands introduces a wealth of exclusive Predator content to the main game and Ghost War PvP modes:

Starting December 14 until early January, all players of Tom Clancy’s Ghost Recon Wildlands will be able to face the Predator in the game’s ultimate hunt. This new Special Challenge is playable solo or in up to four-player co-op is the most difficult fight of all.

Upon defeating the Predator, players will be rewarded with exclusive items such as the Predator mask with a new, exclusive Predator vision. In addition to rewards for completing the challenge, players can further customize and arm their Ghosts with the Predator Pack, which includes 15 new customization items, weapons and an exclusive close combat move, to recreate some of the most memorable characters from the original movie.

The new Ghost War class inspired by main character Dutch from the original Predator movie will allow offensive players to engage in Battle Rage mode, a new alternative to create strategies and tactics on the PvP battleground. Ghost War players will be able to access the new class through the Ghost War Pass or the Season Pass, or by using their Prestige Points directly.

“At Ubisoft Paris, we have been fans of the Predator movie for a long time and are thrilled to bring such an iconic character to our game,” said Nouredine Abboud, senior producer at Ubisoft. “The challenge is full of references to the original Predator movie and we cannot wait to see the reaction of our players!”

“The Predator is a perfect fit for the Bolivian jungle of Tom Clancy’s Ghost Recon Wildlands, and fits flawlessly within the tense and tactical gameplay of the franchise from Ubisoft,” said Rick Phillips, president of FoxNext Games.

Jungle Storm also expands Ghost War’s scope, introducing ranked play, the new Pathfinder class, as well new gear and gameplay updates for both the base game and the PvP modes.

Developed by Ubisoft Paris,* Tom Clancy’s Ghost Recon Wildlands is a military shooter entirely playable in up to four-player co-op or single-player from beginning to end. Players have total freedom to accomplish their missions how they want and watch as the world reacts to their actions. Players can choose to move quietly in the night, go in hot at dawn or work together to execute a sync shot that takes out enemies in one fell swoop. Each choice has a consequence, and players must improvise or adapt their plans to ensure the completion and success of each mission. Tom Clancy’s Ghost Recon Wildlands Ghost War allows players to live the ultimate co-op experience in 4v4 modes. Featuring a growing roster of classes, maps and PvP modes, Ghost War focuses on teamwork, strategy and tense tactical engagements.

For the latest about Tom Clancy’s Ghost Recon Wildlands and all Ubisoft games, please visit ubiblog.com.