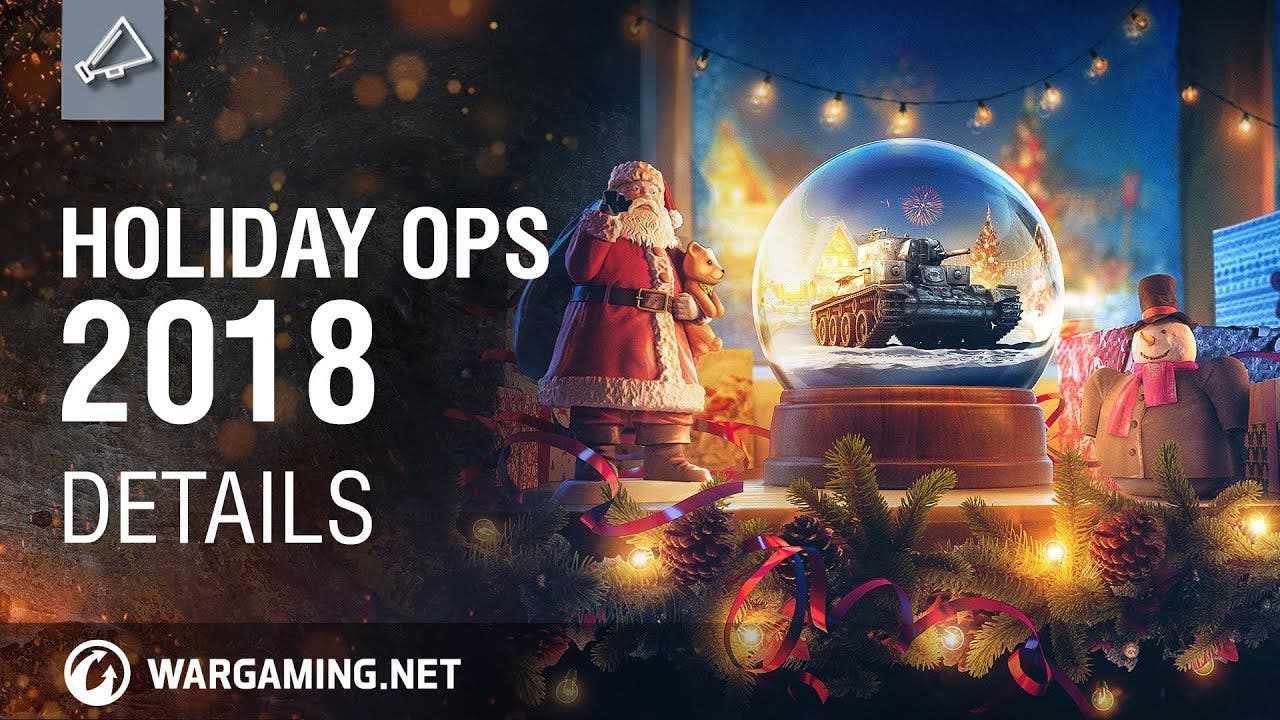 World of Tanks PC invites players to take on jolly Holiday Ops 2018 and spread the cheer in special battle missions, from December 15 to January 15. For completing these special ops, players are rewarded with decorations for their snow-capped Garage, as well as other bonuses and gifts. The more you decorate the wintry Garage and increase your festive atmosphere, the more holiday gifts you receive! Go wild with four different styles—Modern Christmas, Traditional Christmas, Soviet New Year, and Chinese New Year—to craft your own unique festive Aamosphere!

Christmas comes early for World of Tanks Console with the return of Toy Tank Mode. Kicking off December 22 until January 1, players will be transported into a miniature festive wonderland, where they can discover tons of bonuses in addition to naughty or nice loot drops and can even claim a free tank from the recently released Swedish line.

Starting December 13, there are tons of festive treats waiting for players, including Tanksmas Challenge Earn Ops and 12 Days of Tanksmas operations to get even more presents or grab one of the various Tanksmas Bundles available.

World of Tanks Blitz gets festive with Blitz Fair

One of the biggest game events in the history of World of Tanks Blitz is back: Blitz Fair. Split into two stages, the first part takes place in-game, where players can earn awards and Tickets for completing tasks, which they can then use in the fair to get awesome rewards.

The second stage takes place on the World of Tanks Blitz portal. There is a ton of stuff to do including an auction with rare items—some available only once or twice in the game’s history. So don’t miss your chance to get the IS-3 Defender and other unique tanks this holiday season.