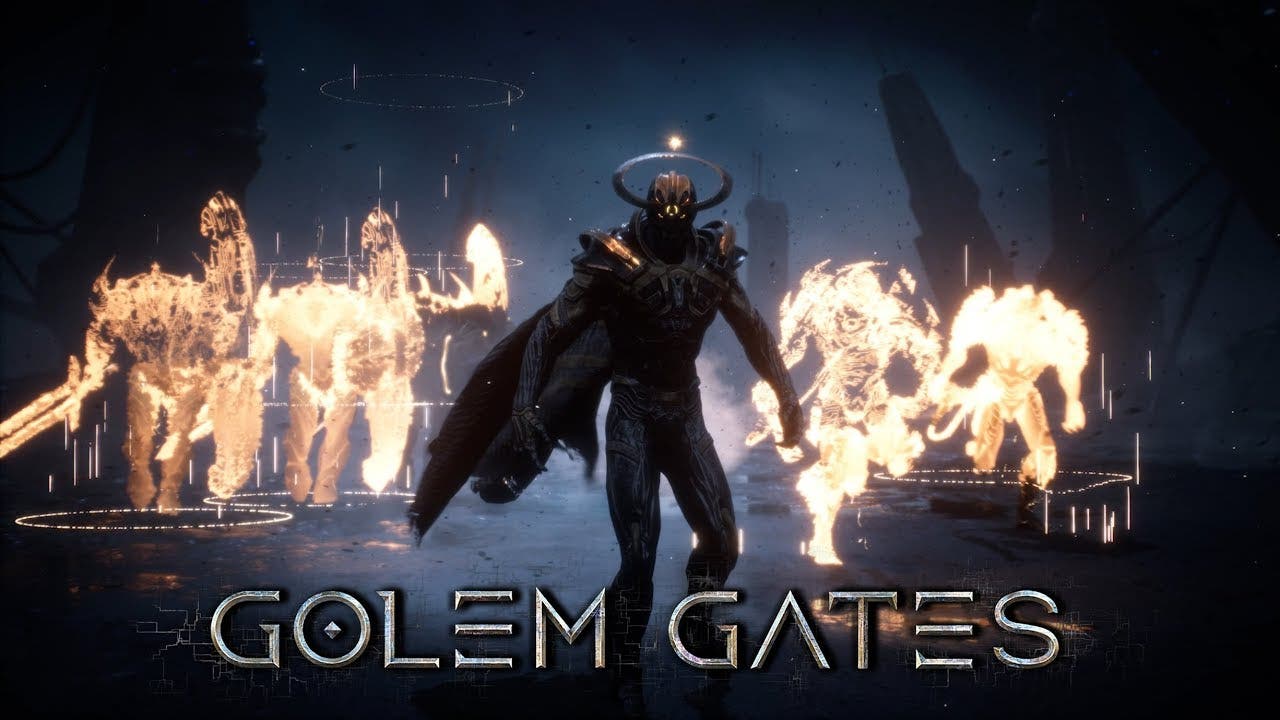 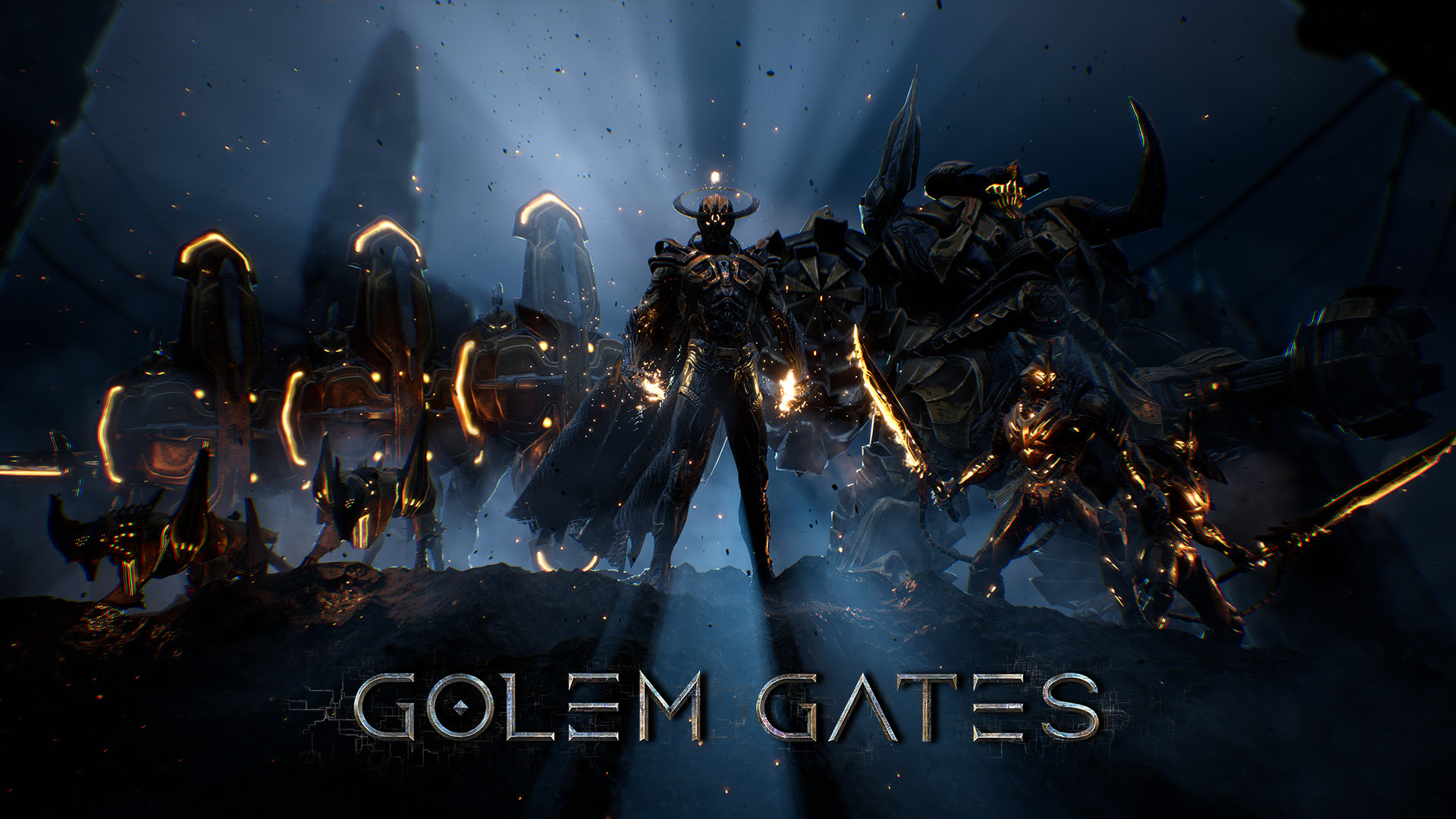 It all begins with a mysterious voice, reaching from the unknown — calling from the darkness to summon you, The Harbinger. An outcast in this forsaken world, The Harbinger is given purpose: find the monolithic Golem Gates which aid the enemy, and destroy them to be redeemed. Book I of Golem Gate’s single-player story campaign teaches the player to wield the power of The Harbinger to manipulate and command nanites from The Ash — an ancient power that resides in the world’s atmosphere. Follow the unseen force that compels you to take up arms in five story missions that put you on the course to unraveling the mysteries surrounding the golem’s long-lost creators. But beware, there are others with power over The Ash. 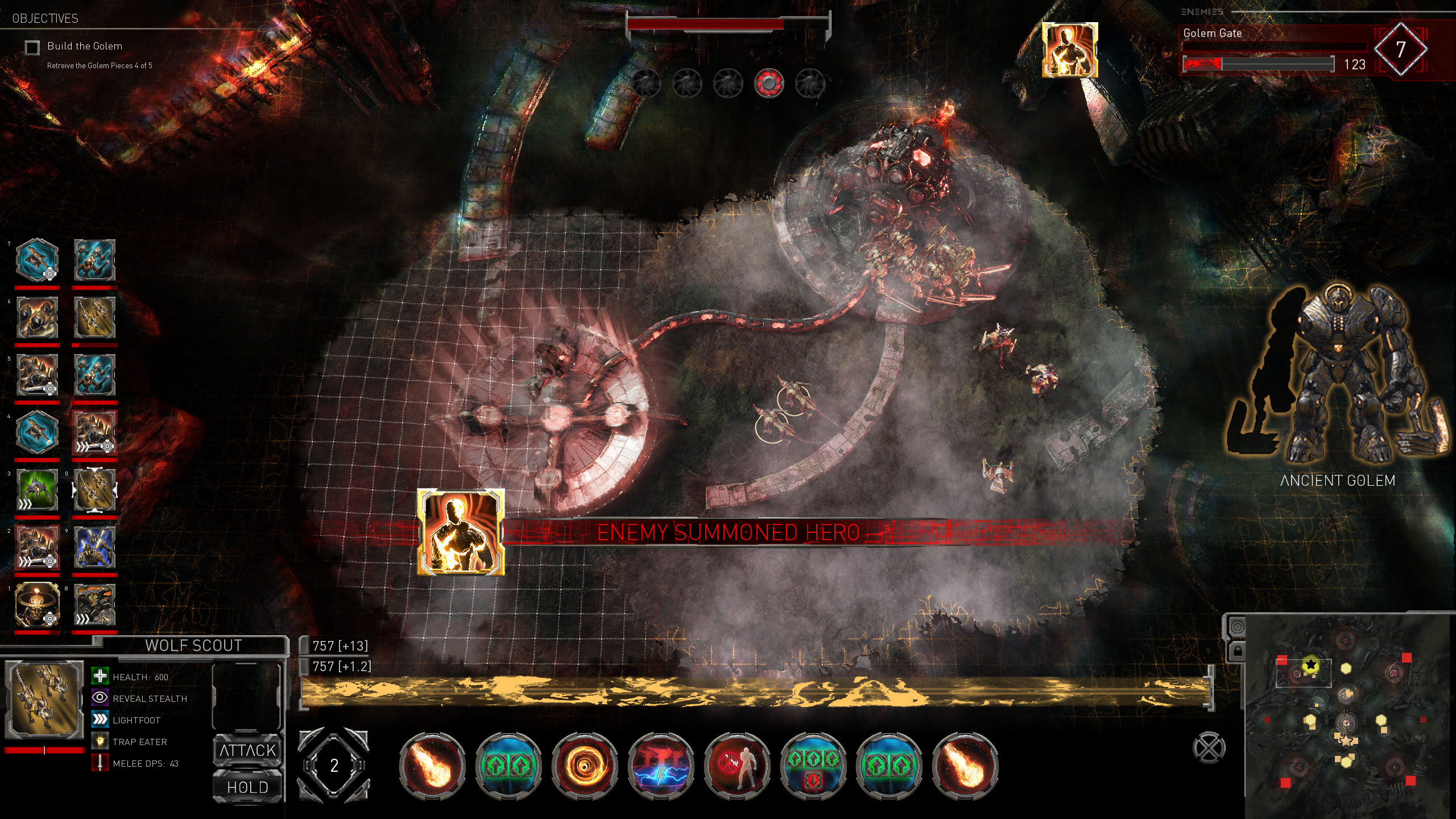 “We’re thrilled to introduce players to the The Harbinger, the protagonist of the game, and the Golem Gates themselves, the ominous giant structures that protect the enemy,” said Josh Nizzi, Head of Hollow Earth Inc. “We can’t wait for players to dive deeper into the dark and dangerous world of Golem Gates— stay tuned for even more twists and revelations ahead!”

“With the introduction of the Golem Gates single-player campaign, players can now further immerse themselves in its arcane setting,” said Matt Oelfke, Founder and Lead Developer at Laser Guided Games. “Our Early Access players enjoying Golem Gates’ multiplayer side couldn’t get enough of the world we created, so we’ve expanded our scope to deliver even more single-player content than originally planned. Book I is just the beginning, and we can’t wait to hear what fans think!” 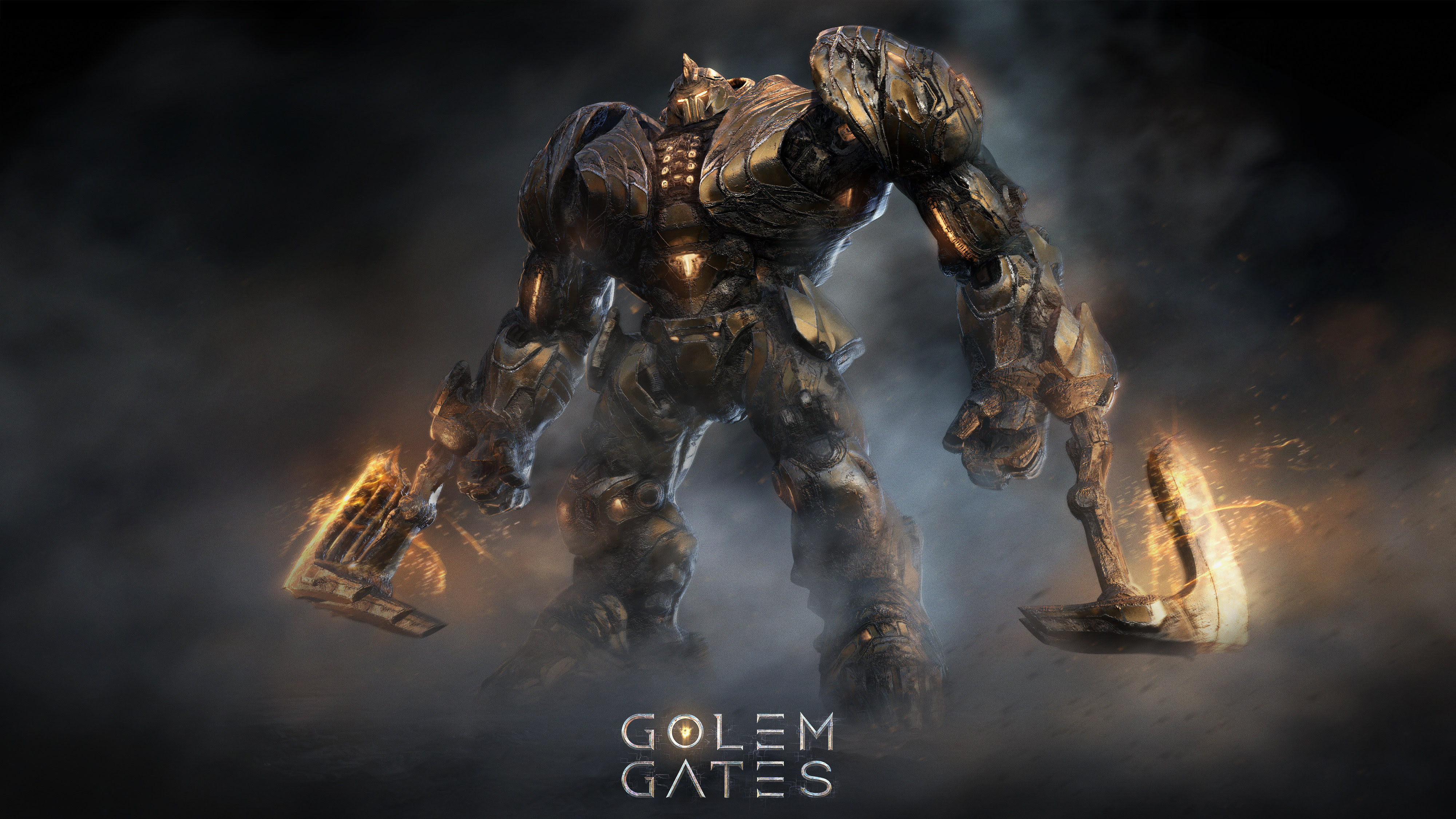 In Golem Gates, players collect cards (called Glyphs) and strategically weave them into a deck to prepare for battle. Battles are fast-paced and highly tactical with streamlined resource management to keep the focus on the unrelenting action. Through Steam Early Access players can take their glyph decks online in various competitive and cooperative multiplayer modes, and experience the beginnings of Golem Gate’s epic story ahead of launch. In addition to new story content, today’s update also adds a new Trials Mode for a series of diverse challenges. Golem Gates delivers both intense combat and strategy, blending multiple genres for a truly unique experience. 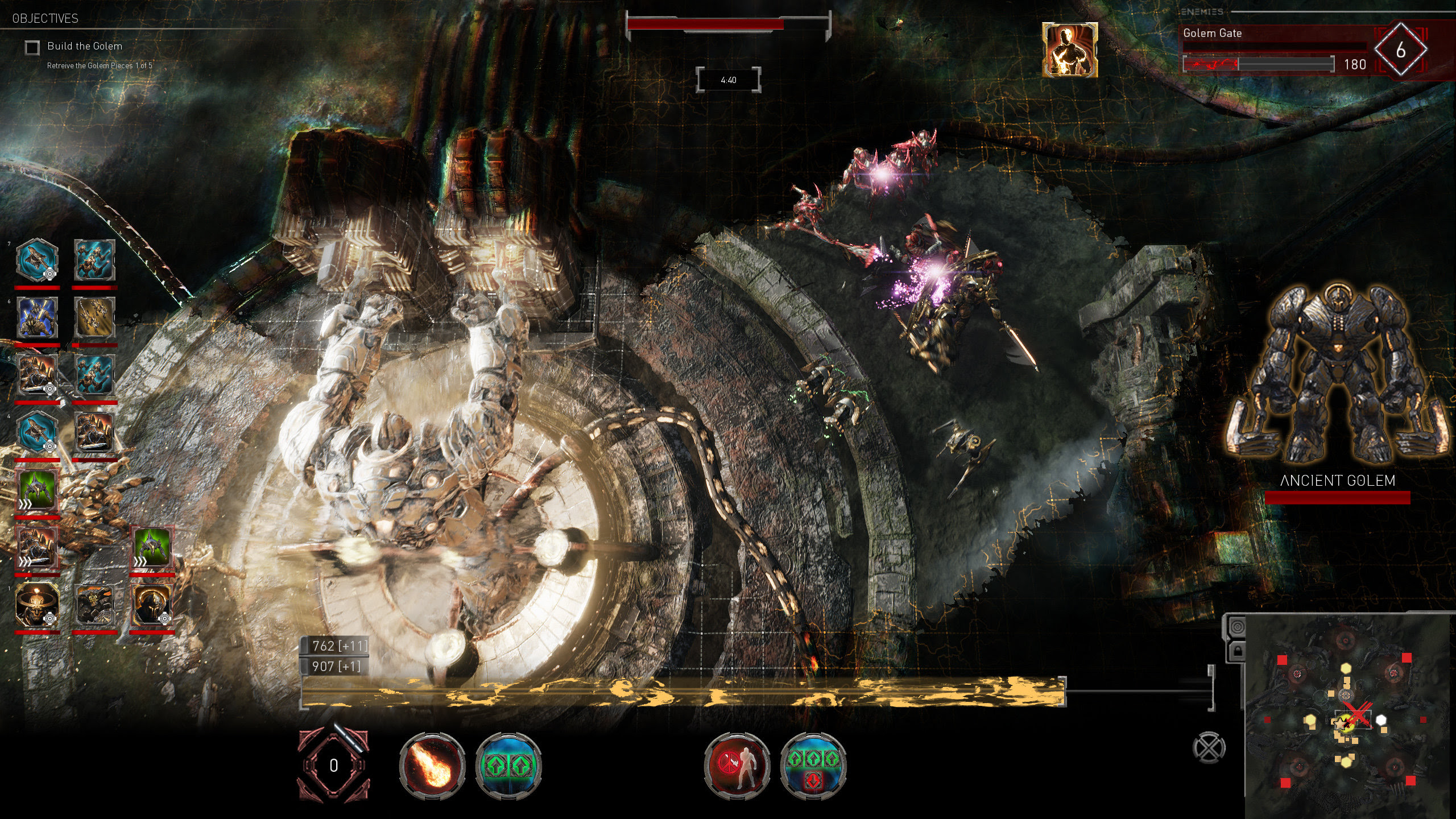 Golem Gates is a collaborative project developed by Laser Guided Games and Hollow Earth Inc. Laser Guided Games is made up of veterans from Epic Games who have worked on blockbuster game franchises such as Gears of War and Unreal Tournament. The Hollow Earth team specializes in art design and story development with past experience working on blockbuster Marvel films Spider-Man: Homecoming and Iron Man, as well as the upcoming Avengers: Infinity War and Black Panther, in addition to the Transformersmovie franchise.

Golem Gates is available for purchase now via Steam Early Access for Windows PC for an early adopter price of $19.99 at http://store.steampowered.com/app/575970/Golem_Gates. The complete game emerges from Early Access on March 28, 2018.