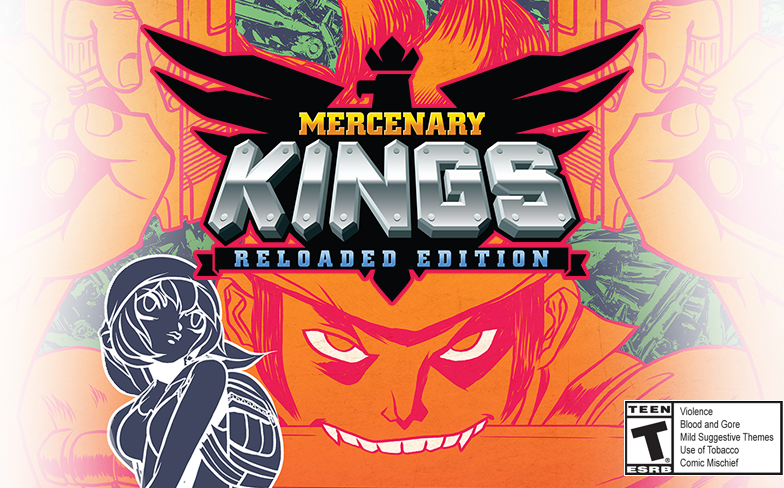 Following a successful Kickstarter, led to further success when releasing onto multiple platforms in 2014. Now in 2018, Tribute Games brings a free update to Mercenary Kings with a healthy dose of additions and improvements to quality of life. Tribute Games has re-energized Mercenary Kings in the form of Mercenary Kings: Reloaded Edition. This is a hybrid game of platforming, shooting, and RPG that’s not to be missed. 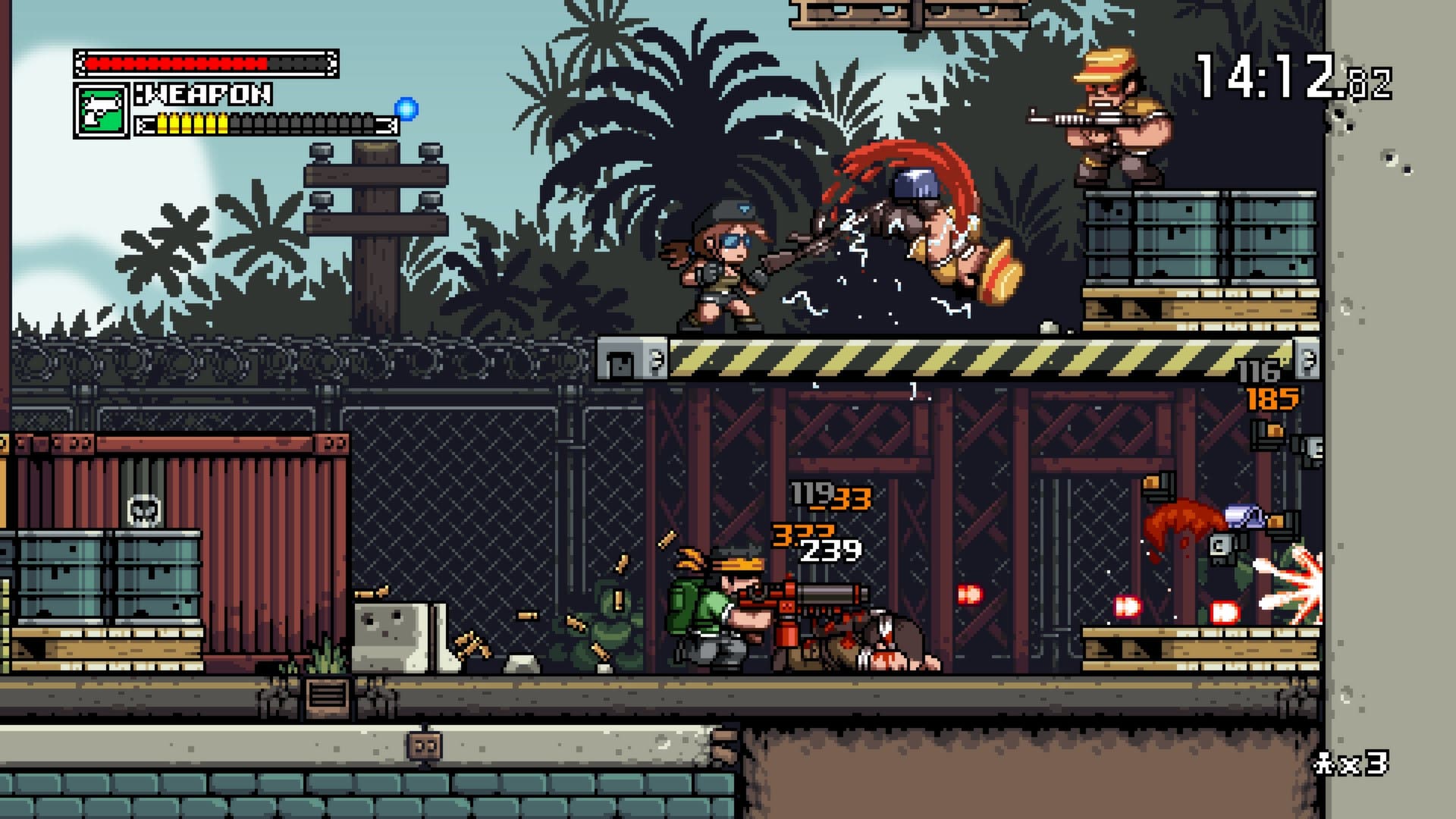 By saying this upfront, this should help paint a picture of what Mercenary Kings is. It is essentially Metal Slug meets Monster Hunter. The look and feel of the game is a lot like Metal Slug, lots of action and 2D scrolling platforming. However, there’s so much more to the game with its Monster Hunter-esque gameplay loop requires the gathering of crafting material, and hunting and even pursuing your enemies. It’s a surprisingly great combination and execution I can’t help but applaud. There’s easily 15 hours of core content here, but you can easily spend upwards of 50 hours trying to do everything.

The premise to Mercenary Kings is pretty simple, the CLAW organization have begun making mechs that endanger you and the world. You must take on missions to weaken CLAW down to nothing. After setting up camp on Mandragora Island as a base of operations, the Mercenary Kings: King, Empress, Frigg or C-Zar must stop CLAW at any cost. The cutscenes and dialogue have great movement and music, like cartoons from the 80s. There’s even references to Metal Gear during missions. While the story is shallow, the setup really gets you motivated for getting out there as quickly as possible. 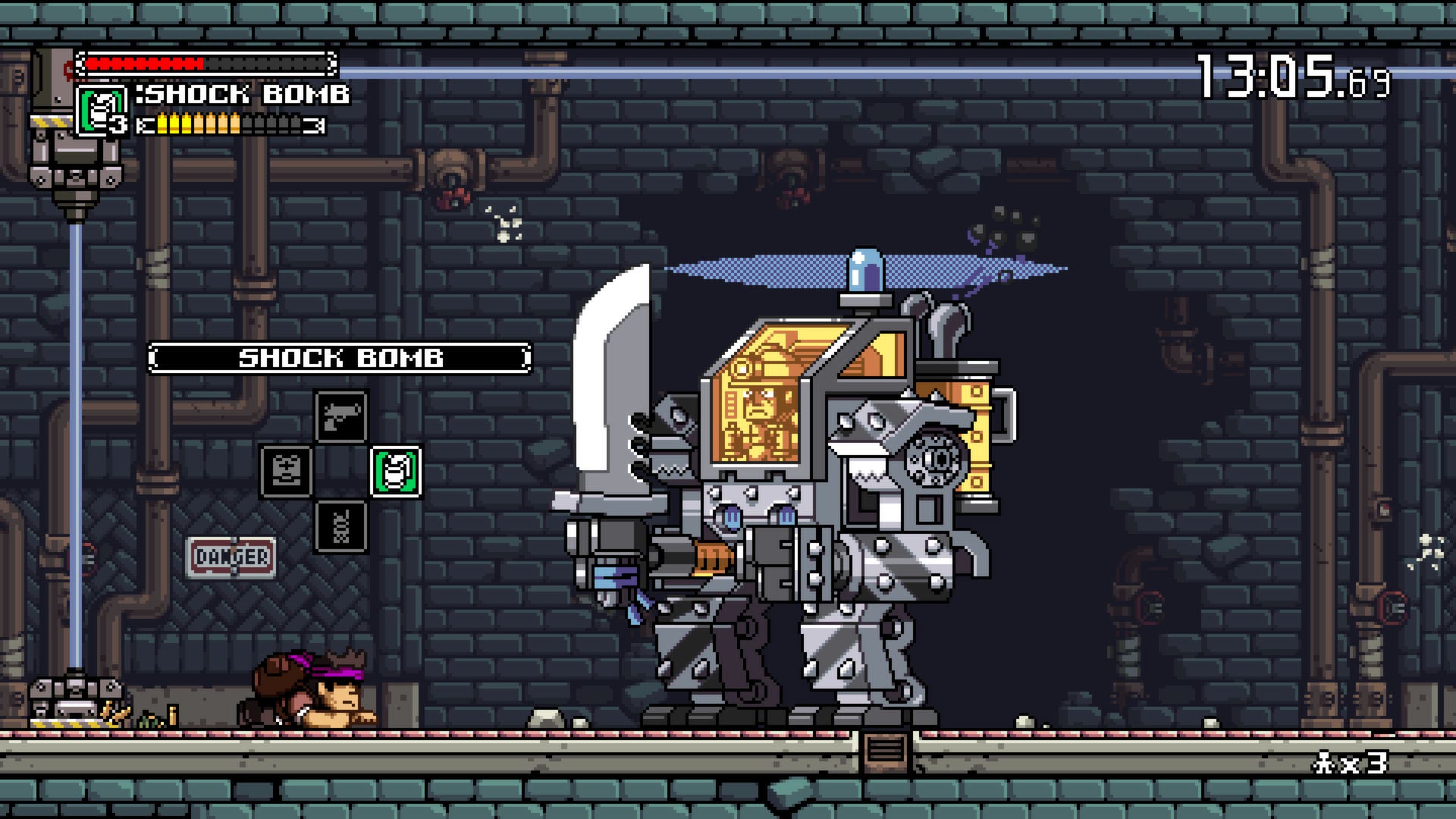 Because this is a free update, it may not be easy to gauge what’s new. The Reloaded Edition brings:

Mercenary Kings only gets frustrating in a few areas, like the limited inventory space for things you find, and the boss encounters. Since this is modeled after Monster Hunter, having to go chase an enemy after it leaves the screen may not be enjoyable for others, but the hunt is pretty exciting once you’ve tracked them down. And lastly, Mercenary Kings is a game that will require grinding of resources to craft that next upgrade or unlock that new gun, but it only helps your familiarity of levels and areas. 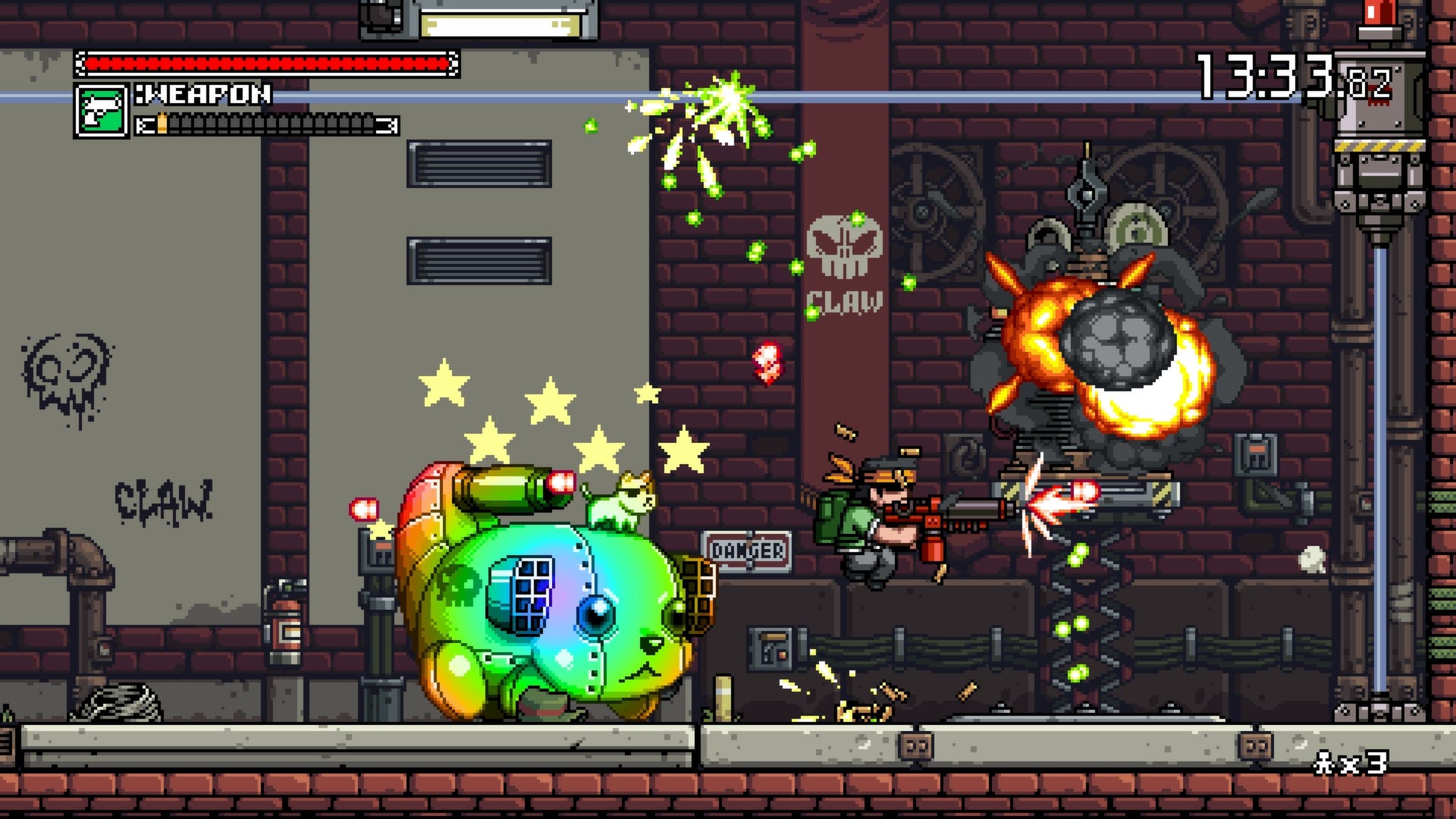 Missions come in different forms which contain primary and optional secondary objectives. The mission types will be one of three variants: gathering, neutralize, or hostage rescue. In all missions, you’ll have to shoot bad guys. In gathering missions, there’s a set number of items to be retrieved throughout a level; In neutralize missions you have a target to eliminate; In hostage rescue missions you must rescue captives. What I find to be hilarious, and clearly intentional is the fact that you have to shoot the hostage to free them. All missions are timed, and if the timer expires, then you fail.

As it resembles a Metal Slug game, you can only fire in four directions. This can be seen as problematic as missions get more hectic. Combat more fun when you mess with the wacky weapons like a spoon instead of a knife, or work to upgrade your weapons to be more powerful and customized the way you like. It won’t be long that you learn enemy behavior. You’ll have a healthy dose of equipment to bring with you or find in your missions, such as C4 that can blow down heavy doors. Health is at a premium, but if you get strapped, you can call in a supply drop to help you out. Should you die, you respawn at camps within the mission, but timer keeps ticking. 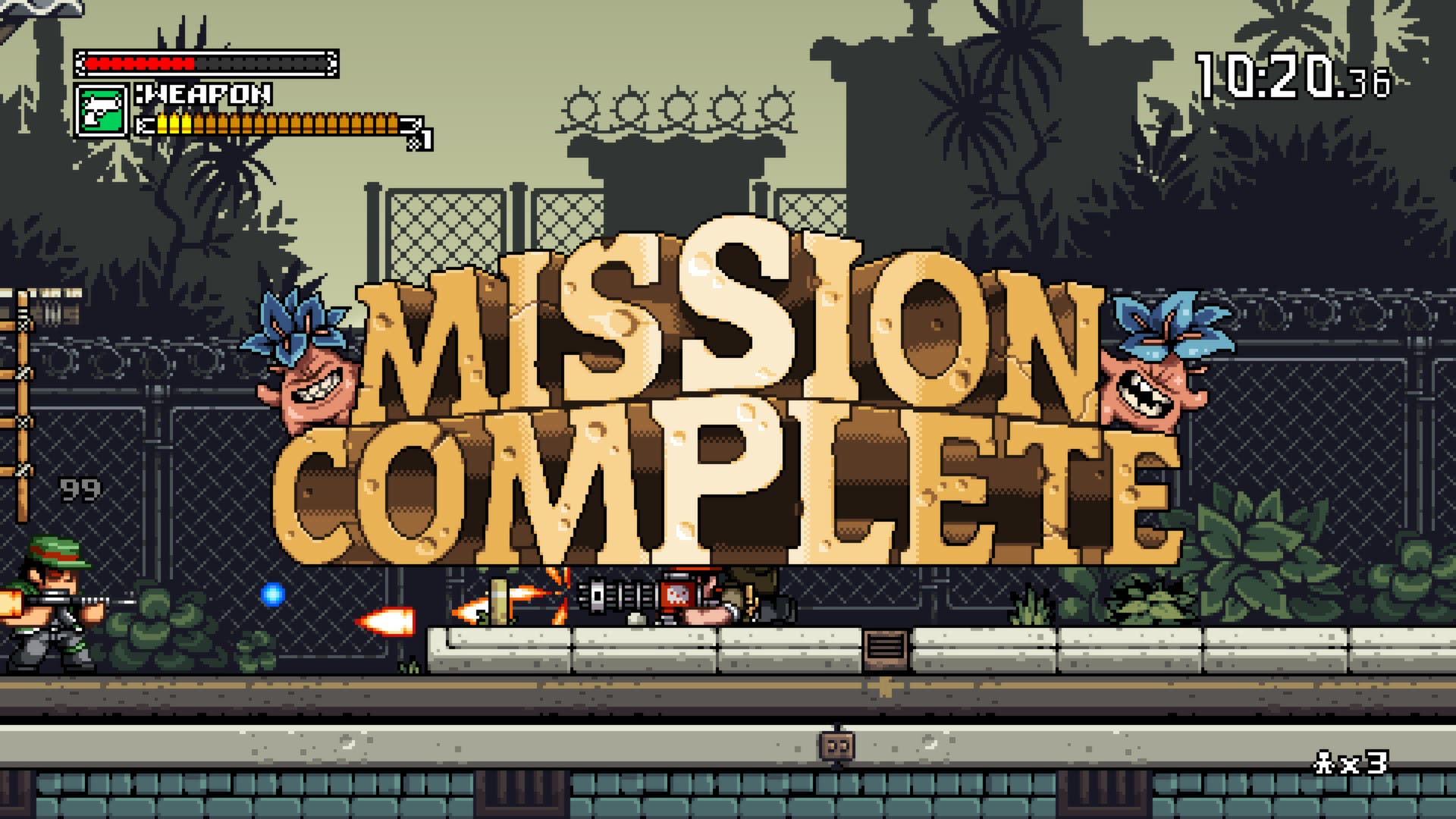 Mercenary Kings: Reloaded Edition brings additions and fixes that make it more than worth it if you already own the game. if you have yet to play the game for yourself, you’ll be pleasantly surprised and engaged for dozens of hours. The game is also available on the Nintendo Switch, making it such a great portable game as well as a home console experience. Tribute Games continue to put a lot of time and energy into a game that is clearly made with love and care.