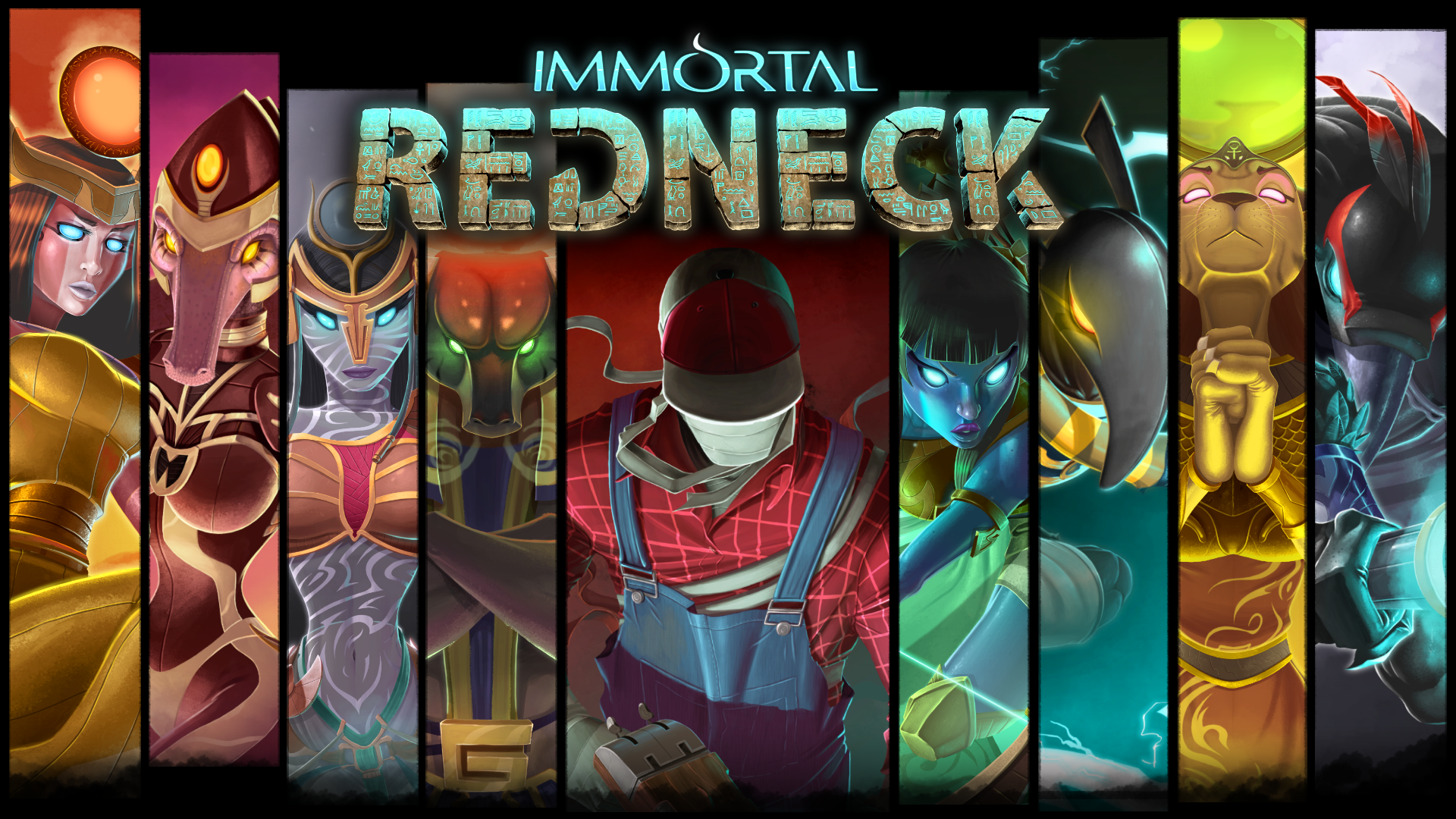 With clever integration with Twitch to change up how the game can be played, Crema have ideas that work well. In making connections to games like Rogue Legacy and Ziggurat, they were only the building blocks of what Immortal Redneck is, a game with its own ideas and systems that stand above its contemporaries. Immortal Redneck is a game so silly it just works, and the jokes land well - I laughed until I was Horus.

Immortal Redneck is a first-person roguelike from developer Crema. The mash-up of a redneck from the state of Kansas in the United States who vacations to Egypt, and is inadvertently turned immortal has got to be the silliest things I’ve played as of late. But it is engaging, rewarding, and keeps you coming back. This roguelike is a mix of Rogue Legacy meets Ziggurat with enough changes to be recognized that shouldn’t be kept under wraps. 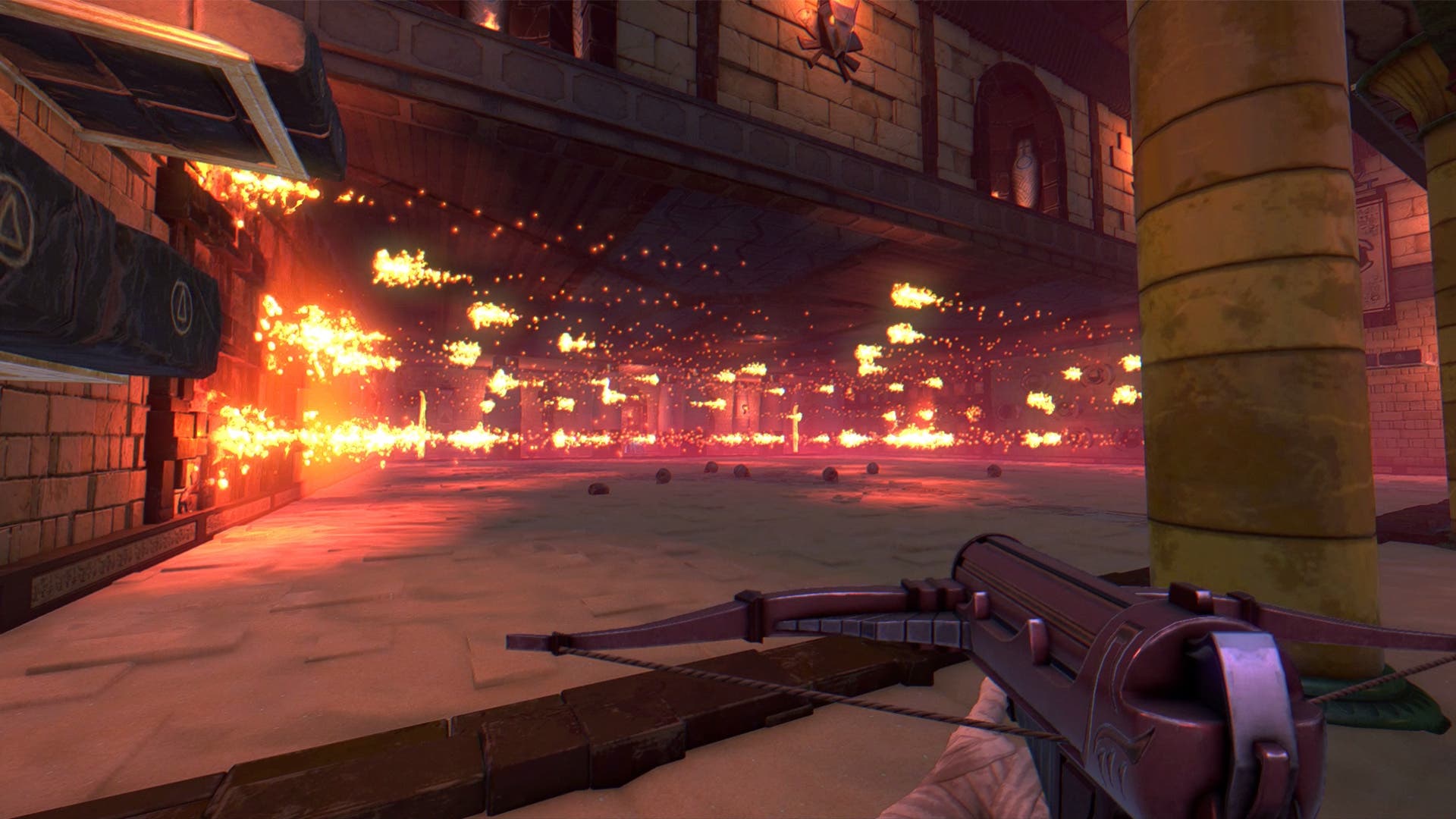 While the ridiculous premise is entertaining, the story quickly falls by the wayside as a means to get this guy displaced from his normal surroundings to go on a redneck rampage. For the early series of runs, you’ll start with just three basic weapons: the pistol, shotgun, and sticks of dynamite. There’s over 50 advertised weapons. And I’ve only seen about half: a potato gun, a rocket launcher, a tranquilizer, a flare gun, and my favorite: the photo camera, where everyone is frozen who’s captured within the frame. Weapons can be found by picking them up within levels. If you unlock favors of the gods, you’ll align yourself with them for the run and start it with a separate loadout, with nine gods, this allows you to change things up for individual runs.

Every room is full of guns, ammo, money, but mostly monsters. The number of enemies you come across are not that varied except per level, so as often as you’ll be restarting, you’ll recognize the enemy patterns. The pyramid itself starts with large rooms, often with lots of hazards, and things become smaller and tighter as you work your way up. Each successive floor reached will drop more ammo and health, but monsters are tougher as a result. Rooms are broken down between combat or platform rooms. Combat rooms will have a meter that goes down as you clear it out, and platform rooms will open the door once you’ve navigated to the chest. First-person platforming is a fickle beast, and Immortal Redneck‘s floaty jumps do make things harder than they have to be. Among the ability to earn triple or quadruple jumps, there’s a mantling mechanic that if you reach the edge of a surface, you can climb up without hurting or killing yourself. 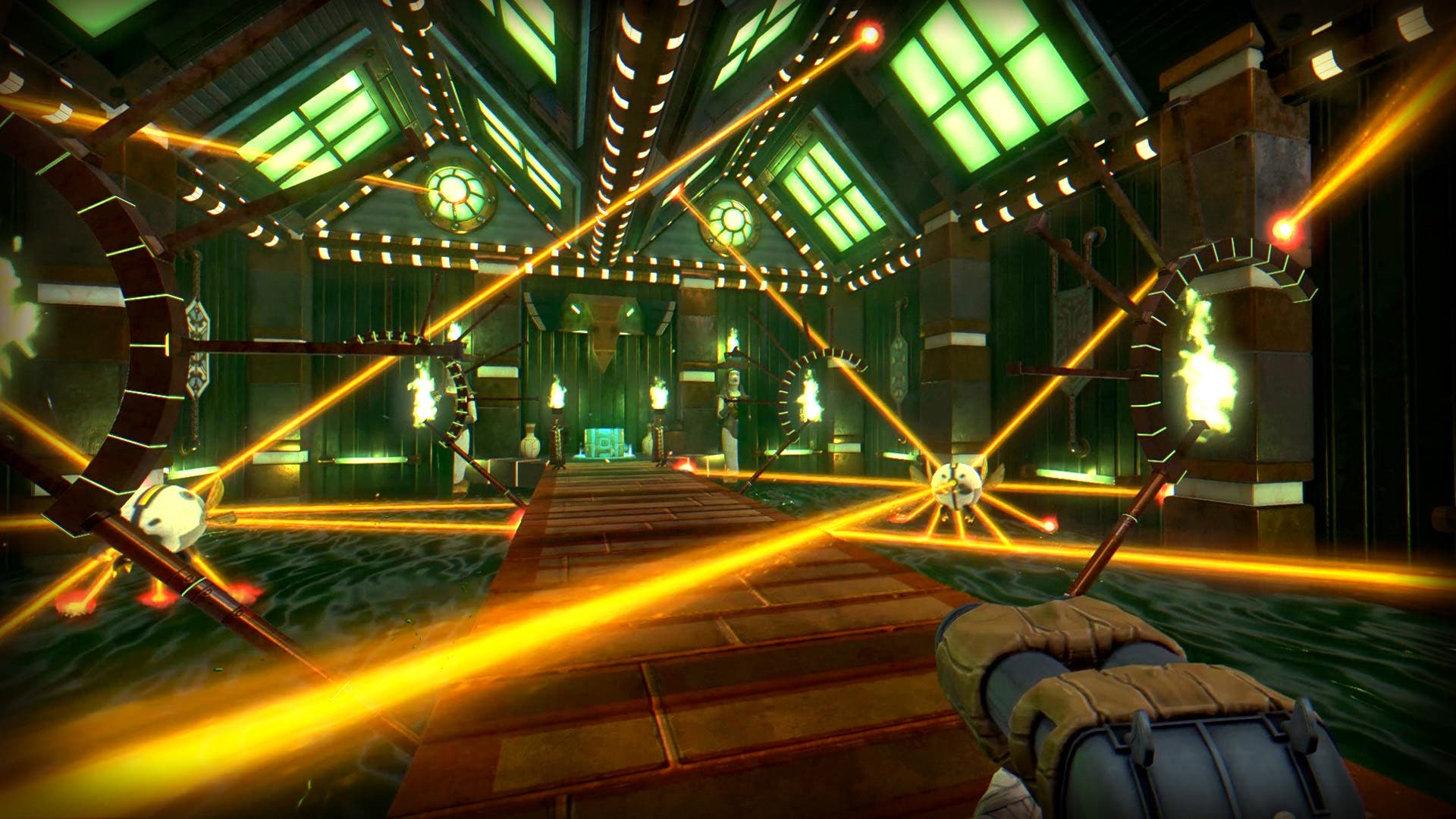 There are elements of permanence in Immortal Redneck. Similar to Rogue Legacy, there is a skill tree, represented by a literal and ethereal tree in which you spend coins earned in the pyramid to enhance defense, offense, or unlock shops or gods to earn favor from. It’s best to spend as much of your coin as possible, because the guards at the entrance of the pyramid will take all unspent money as a fee. There’s a merchant can be unlocked that sells scrolls that become available once you enter the Pyramid. In addition, any blueprints earned will be in the rotation of what the merchant has available.

Among buying scrolls, the ones you find within the pyramid imbue changes you may or may not want, as there’s no way to deny them. Once you’ve picked them up, you have to deal with whatever cards you’re dealt. In an update post initial release on PC that’s available in the PS4 and Xbox One versions, is Infinite Tower mode. It is what it sounds like, an endless pyramid with leaderboard stats to track and compete against friends and strangers. This is intended for more advanced players who know the game and have most if not all of the skill tree unlocked to take advantage of all buffs and enhancements. 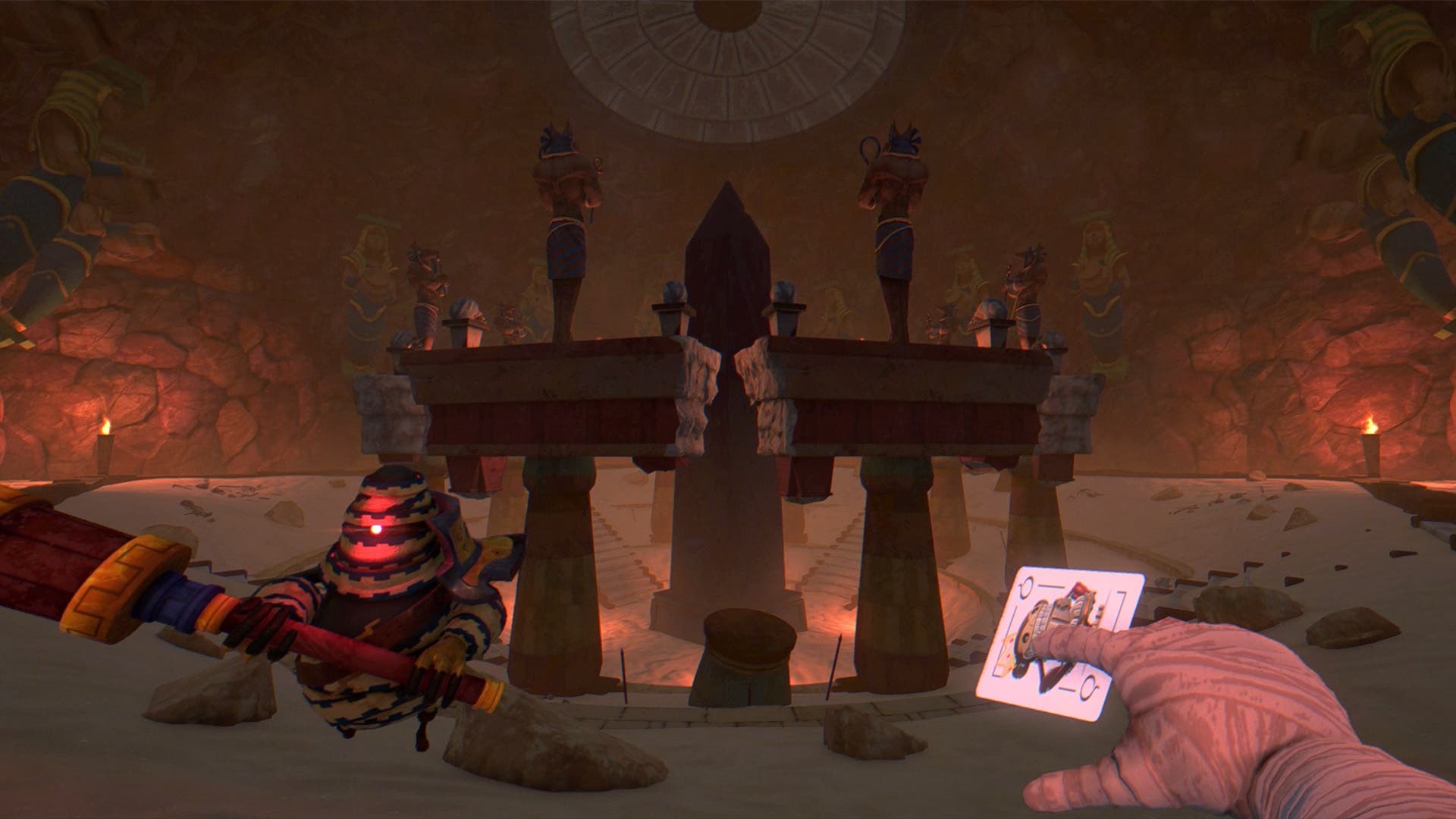 With clever integration with Twitch to change up how the game can be played, Crema have ideas that work well. In making connections to games like Rogue Legacy and Ziggurat, they were only the building blocks of what Immortal Redneck is, a game with its own ideas and systems that stand above its contemporaries. Immortal Redneck is a game so silly it just works, and the jokes land well – I laughed until I was Horus.