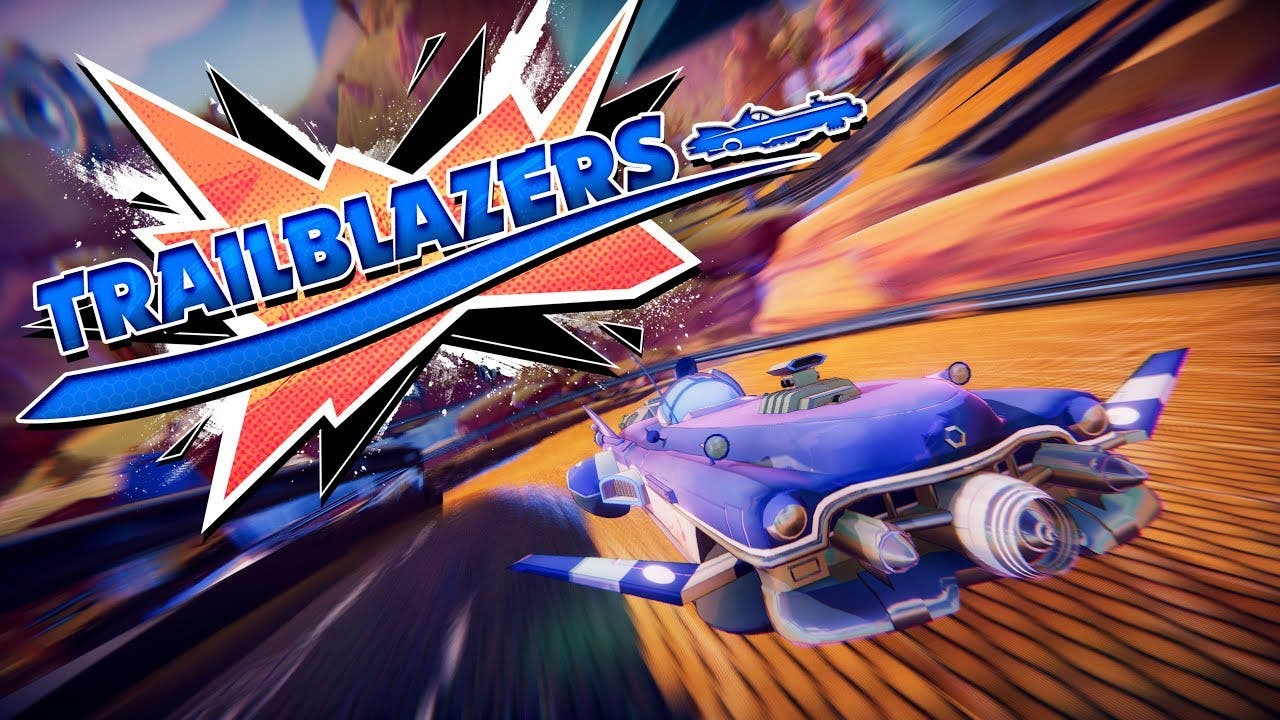 Get your rocket engine running! The debut of Trailblazers, the revolutionary co-op racing game coming to all major consoles in May, has gamers very curious on how the racing strategies and tactics will work in different game modes. Rising Star Games and Supergonk have revealed a brand-new adrenaline pumping trailer for their upcoming co-operative arcade racing game Trailblazers today. The latest trailer showcases players going head to head in co-operative matches online, and in local two and four player split screen.

Trailblazers is a fresh new co-operative racing title with an innovative on-track game mechanic: paint the track, boost on your color, and work as a team to win! Racing in teams of up to three-versus-three, players paint the track as they race, capturing key areas to dynamically change the racing line, then boosting on their team’s color. Racers who drive with flair and style will also amass skill points to blaze their way to victory! Players can experience the blistering high-speed action with up to six players online, or locally via split-screen for up to four local players with additional online or CPU-controlled challengers.

Trailblazers, developed by Supergonk and published digitally by Rising Star Games, will be available globally in May 2018 on all major gaming platforms. Keep your engines fueled up and ready for more incoming information by following Rising Star Games on Instagram, Twitter, Facebook or on the official Trailblazers website.