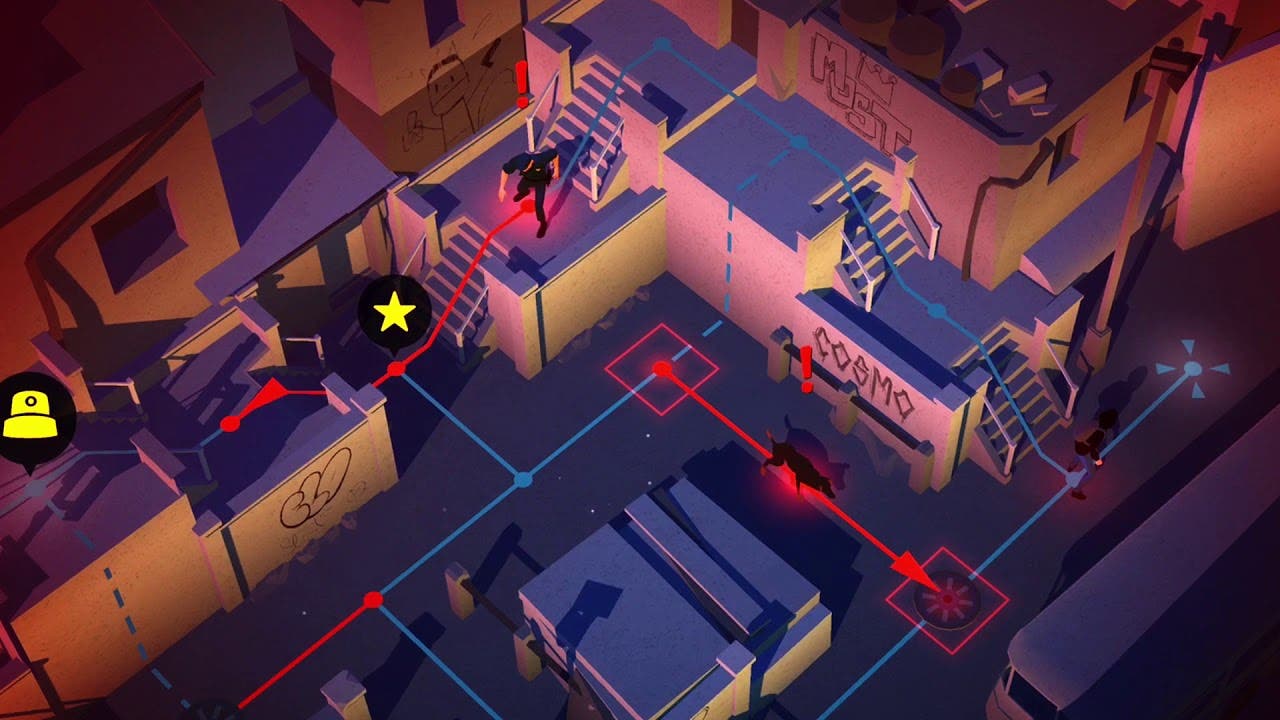 Vandals, the stealth meets tagging puzzler is available for mobile and PC today

Paris, France – April 12, 2018 – ARTE is pleased to confirm that the turn-based puzzle game Vandals is available today for iOS and Android, priced at €4.49/£3.99/$5.49, and on Steam (PC, Mac) at €4.49/£3.99/$5.99. Vandals lets players explore the street art of five different cities, create their own artwork, and evade the authorities. Along the way, the evolution of street art can be uncovered including works by Keith Haring and Blek Le Rat.

“Vandals was born when I started to create my own street art with my collective, RaspouTeam,” said interactive designer Théo Le Du Fuentes, aka Cosmografik. “From there, I wanted to put the stresses inherent with illegal painting, the anxiety of being caught, and of course the pleasure that is covering the urban grey in bright, volatile pigments, into a video game. And so, this is Vandals: my first game set in the world of undercover urban arts.”

Players in Vandals need to sneak past police, cameras and dogs to successfully complete stencil-style graffiti designs. Aspiring artists can discover the work of real-life, iconic street artists, and learn how they have influenced urban culture in the some of the most street art-rich cities in the world, including Paris, New York, Berlin, Tokyo and Sao Paulo.

Using Vandals’ painting tool, players also get to create and share their own, freestyle masterpieces on social networks. With accessible stealth mechanics and a progressive learning curve, Vandals encourages players to consider each possibility in a level, and carefully plan their next move, in order to collect all available bonuses across 60 increasingly challenging levels.

Vandals is made by the French indie developer Cosmografik, whose previous title, Type:Rider, earned highly positive reviews and has been downloaded more than 1,7 million times. Vandals can be played in English, French, German, Spanish and Italian. Players can get a taste of the game’s Paris levels by downloading a sample version from the ARTE website: vandals.arte.tv/en.

ARTE has previously acted as a co-producer for titles such as the multi-award winning Bury me, my Love, which recently won the European Google Play Indie Award. The renowned European TV and digital network is now venturing deeper into the games industry, and is looking forward to developing its portfolio with Vandals and further upcoming titles including Homo Machina.

Vandals is produced by EX NIHILO in coproduction with ARTE France and developed in partnership with Novelab.