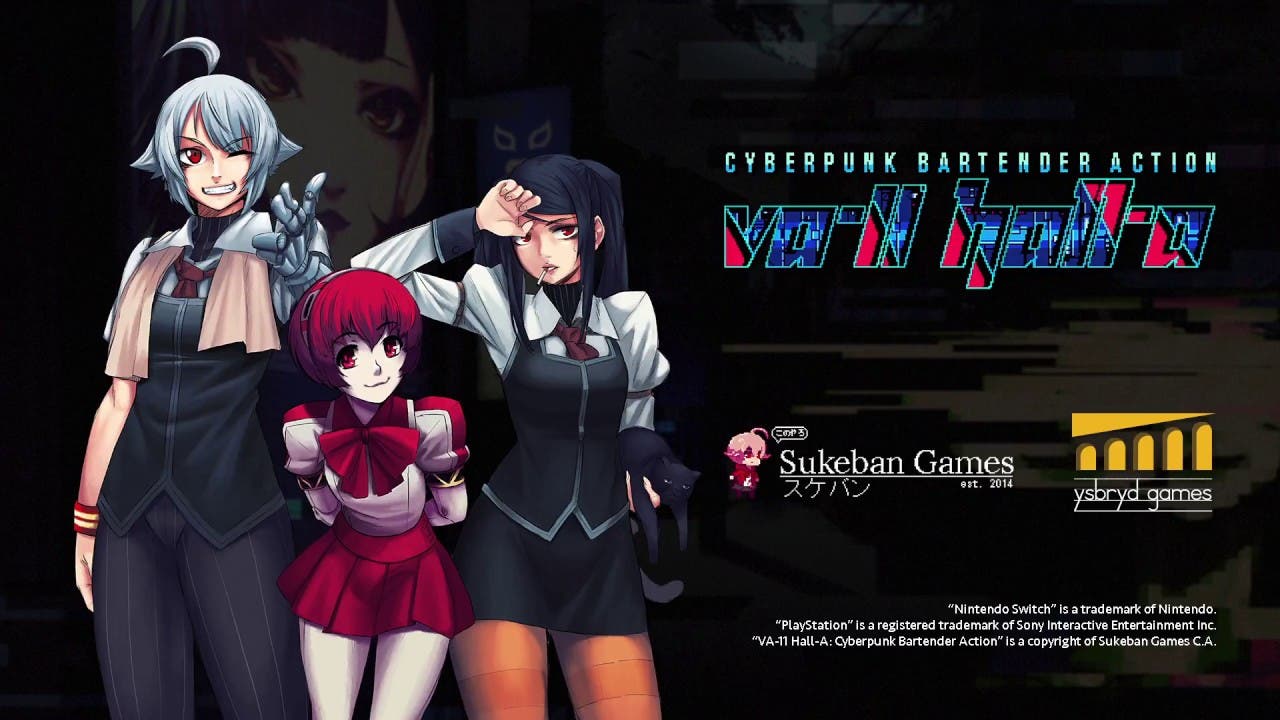 CARACAS, Venezuela – May 16, 2018 – VA-11 HALL-A: Cyberpunk Bartender Action, the booze em’up about waifus, technology, and post-dystopia life with more than 200,000 copies sold on Steam from Ysbryd Games and Sukeban Games, will launch on Nintendo Switch and PlayStation 4 in Q1 2019.

VA-11 HALL-A puts a twist on traditional point and click games with the story branching based on bartending decisions. Chat with customers and serve them life-changing drinks as Jill, a bartender at a dive bar frequented by average citizens in a cyberpunk future ruled by megacorporations.

With 24 drinks to concoct, there is no one correct drink to serve in any given situation, as characters are impacted by whatever cocktail they are poured. Every character that comes through has a story to tell which reveals more about both their lives and the futuristic Glitch City, run by the mysterious Zaibatsu Corp.

Explore what it means to be human by creating bonds with characters while listening to Garoad’s pulsating electronic soundtrack, customized in a jukebox-style playlist. Discuss transhumanism with Stella Hoshii, a human who has cat-like genetic modifications. Debate the finer points of morality with Dorothy Haze, an android sex worker. These are just two of the bar’s regulars, depicted in a cool, subdued pixel art style infused with anime and modern influences.

“We were inspired by old-school adventure games, and really wanted to create a narrative experience without the pressures of obtaining a particular ending,” said Christoper “Kiririn51” Ortiz, co-founder, Sukeban Games. “Every story you hear is important, and drinks served to even the supporting characters can have tangible impacts on progression through the game.”