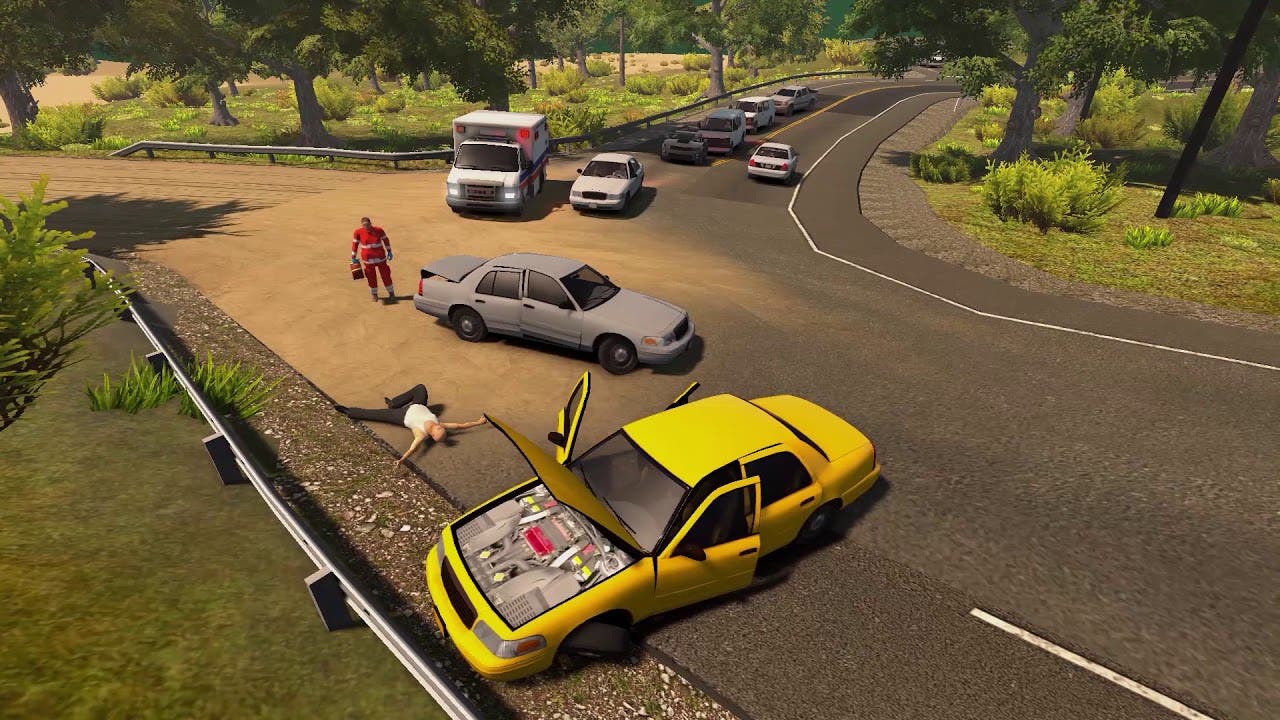 Banbury, Oxfordshire – 30 May 2018 – With just one week to go until Flashing Lights’ 7 June Early Access release, a launch trailer for the police, fire and EMS game has arrived. The brand new trailer takes a deep dive into the exciting gameplay mechanics and features of Flashing Lights.

Take a look at the trailer here for a peak at the game’s open world, online multiplayer, and gameplay across all three playable departments. As a police officer, players will use a speed radar, pull over suspects and utilise a high-tech on-board computer. As a firefighter, players will be putting out raging fires with a fire extinguisher and a water hose, as well as using the heavy-duty jaws of life to rip apart car doors and rescue those trapped inside. As an EMS specialist, players will find themselves first to respond to life-threatening accidents, using a first aid kit and a stretcher to treat patients.

And that’s not all Flashing Lights has to offer – this is just the starting point. After Flashing Lights has launched in Early Access the game’s mechanics will be built upon considerably, and the open world will continue to be expanded and improved.